It has been another busy week for Microsoft, which kept the IT community on its toes with a slew of updates over the past few days. The posts started rolling in on April 12, when we dove into the good and bad of new MDM features for Office 365 commercial plans, which were announced in March.

April 13 started off with a dive into the implications of the upcoming EOL for Windows Server 2003. On July 14, Microsoft will end support for the old software, which is currently being used on almost 11 million servers. Rather than panic, IT pros should use this as motivation to improve their data center ops through better security and data protection.

We also learned Monday that Microsoft will be bringing Docker containers to Azure and .Net developers. The next release of Windows Server will contain support for Windows Server Containers and Hyper-V containers, which will make it a better match for Linux going forward. We'll learn more at Microsoft's Build conference later this month.

Windows users should note the appearance of a new security flaw that was reported early this week. The problem affects all versions of Windows, including the Windows 10 preview, in addition to about 31 software vendor products, including ones from Apple, Oracle, Adobe, and Symantec.

The vulnerability allows a hacker to tap Windows PCs for encrypted login credentials. This could be done through a compromised Web server, or else by redirecting network traffic to an infected SMB-based server, where the hacker can then steal information from the Windows user. The flaw has been reported and the affected vendors notified.

Microsoft is diving deep into the Internet of Things, as evidenced by two new partnerships with Fujitsu and Miele. Fujitsu will leverage Microsoft technology to transform manufacturing in its production of low-potassium lettuce for patients with kidney disease. Microsoft and Miele are working to bring IoT into the home with the development of a programmable oven.

We also saw an uptick in productivity news this week. Microsoft announced critical updates to Office Delve, which now includes a new people-based search, authoring canvas, and mobile apps for iOS and Android smartphones. The enhancements are intended to help Delve users learn about others and share information about themselves more easily.

Skype for Business was made generally available, following a November 2014 announcement and technical preview period. It's being released as part of the April monthly update for Office 2013, and gradually rolling out to global Office 365 customers. The platform is designed to foster Skype connections both within and outside of business networks.

In its first partnership announcement of the week, Microsoft announced its acquisition of Datazen, a startup focused on mobile BI, KPIs, and data visualization for Windows, iOS, and Android products. The purchase could enhance Microsoft's Power BI efforts in helping business create a stronger data culture. 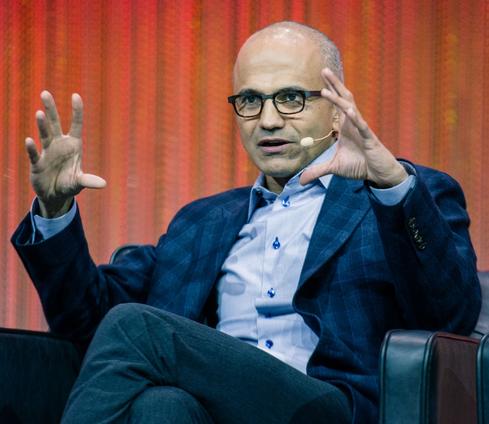 This collaboration was one of many announced this week. On April 16, Microsoft announced a strategic partnership with startup Cyanogen, which is targeting Google in its plans to develop its own open source mobile operating system. Through this alliance, Cyanogen will integrate Microsoft's consumer apps and services (think Bing services, Microsoft Office, Outlook, Skype) as replacements for Google's mobile apps. This may inspire people to install Cyanogen's version of Android.

The same day, Microsoft and Yahoo made headlines with the renewal of a 2009 partnership focused on enhancing search capabilities. Respective CEOs Satya Nadella and Marissa Mayer have reaffirmed their commitment to improving the search experience across platforms, creating value for advertisers and increasing stability for partners.

A couple of key changes have been made to the original 2009 agreement. Now, Yahoo has the flexibility to enhance its search experience across digital platforms, though the company claims that it will continue to serve Bing ads and search results for the bulk of its queries. Yahoo will also cease management of ad sales for the Bing ads platform; Microsoft will take over.

In other security news, we learned that a critical remote code execution vulnerability, which affects the Windows HTTP protocol stack, is being exploited in the wild. It affects Windows 7, 8, and 8.1, in addition to Windows Server 2008 R2, 2012, and 2012 R2. The flaw can be exploited by sending a specific HTTP request to a vulnerable server. Microsoft patched the vulnerability earlier this week.

Kelly Sheridan is the Staff Editor at Dark Reading, where she focuses on cybersecurity news and analysis. She is a business technology journalist who previously reported for InformationWeek, where she covered Microsoft, and Insurance & Technology, where she covered financial ... View Full Bio
We welcome your comments on this topic on our social media channels, or [contact us directly] with questions about the site.
Comment  |
Email This  |
Print  |
RSS
More Insights
Webcasts
People Are The Most Important Part of Autonomous SOC
Don't Miss This Cybersecurity Virtual Event
More Webcasts
White Papers
How a Trading Floor Continues its Operations During COVID-19 Lockdown
Trustwave Global Security Report
More White Papers
Reports
Improving Security by Moving Beyond VPN
The Malware Threat Landscape
More Reports

Skype is owned by microsoft

microsoft is a uSA corperation

All usa corperations are REQUIRED to cooperate with home land security and the NSA , or their executives will be thrown in jail for 10 years.

If they actually dare tell you why they got thrown in jail for 10 years, 10 additional years will be added to their sentences . (This is the part where secret laws are generally considered evil ..but we'll leave that for now)

NSA has already been caught committing industrial espionage, that is to say , trying to insure an AMERICAN company wins that contract instead of a local contract (Petro Brazil, for example)

Any business man who "trusts" an american corperation is probably going to sink their business. NSA is rabid, and generally unapoligetic about their agenda. They see nothing wrong with what they do , and generally state "Everyone else does it , why would we stop ?"