Microsoft is killing the Internet Explorer brand in favor of Project Spartan in Windows 10.

Microsoft has confirmed that a new browser will move into the Windows 10 spotlight. Internet Explorer, which has seemingly run its course, will take a back seat to Project Spartan.

Internet Explorer isn't entirely dead yet -- businesses that need to access the old browser for software compatibility will still be able to do so after Windows 10 launches later this year. However, most people seeking Internet access on Windows 10 will use Project Spartan, the browser currently in development. It doesn't yet have an official brand name.

"We're now researching what the new brand, or the new name, for our browser should be in Windows 10," said Microsoft marketing chief Chris Capossela at this year's Convergence conference, as quoted in The Verge. "We'll continue to have Internet Explorer, but we'll also have a new browser called Project Spartan, which is codenamed Project Spartan. We have to name the thing."

Internet Explorer has been around for two decades, and Microsoft has tried to keep it up to speed. Yet despite its upgrades, Microsoft just can't seem to shake the negative connotation that most people associate with a legacy browser that seems dated and clunky compared with competitors Chrome and Firefox. Now Microsoft has confirmed its decision to retire the brand. 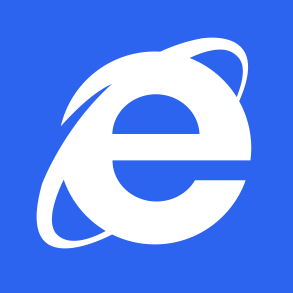 The successor will be available as a universal app, in a new move for Microsoft that will deliver the browser to Windows 10 and Windows 10 for phones. Users can download updates directly from the Windows Store and access new features without a full OS update. Project Spartan will also contain extension support and Cortana, the voice-activated "personal assistant" that has been touted as a key browser feature.

Microsoft is conducting extensive market research in an effort to settle on a final name. So far, data indicates that a title starting with the word "Microsoft" has far more appeal than a name that starts with "Windows," according to a survey group of Chrome users based in the UK. "Internet Explorer" was the least popular choice.

"Just by putting the Microsoft name in front of it, the delta for Chrome users on appeal is incredibly high," Capossela said. While Microsoft didn't give a release date for a final name, it’s evident that Microsoft is ready to take a new direction with its new browser.

If you were in charge of naming the new Windows 10 browser, what would you call it? Personally I like "Spartan," but am curious to hear your thoughts. Feel free to share in the comments.

Kelly Sheridan is the Staff Editor at Dark Reading, where she focuses on cybersecurity news and analysis. She is a business technology journalist who previously reported for InformationWeek, where she covered Microsoft, and Insurance & Technology, where she covered financial ... View Full Bio
We welcome your comments on this topic on our social media channels, or [contact us directly] with questions about the site.
Comment  |
Email This  |
Print  |
RSS
More Insights
Webcasts
Zero Trust for a Work-From Home World
Hybrid Cloud: The Great Balancing Act
More Webcasts
White Papers
Why Add Security to Your Skill Set and How to Do It
Don't Let the Past Obstruct Your Zero-Trust Future
More White Papers
Reports
Key Strategies for Managing New Risks in Cybersecurity
The State of DevSecOps Report
More Reports

I wonder how this will effect my job. @angelfuego: I don't think that the web portals already compatible with IE will have a problem when view on the new browsers. They have already lost quite a market share and I don't think they can afford to lose more by making such compatibility issue. They are still providing compatibility of previous versions in their OS, they will do the same with browser.
Reply  |  Post Message  |  Messages List  |  Start a Board

I wonder how this will effect my job. We use Internet Explorer to check our emails and to navigate our payroll portal, etc. We use it ti view our pay stubs. Sometimes, it works using Chrome, but usually not.
Reply  |  Post Message  |  Messages List  |  Start a Board

as anon4317205281 says, notice that the fanfare for Spartan is NOT that it is a super secure, fast browser with the best minds Microsoft can get ensuring it cannot be hacked or used against your wishes. It is not about maximum compatibility where the best minds in Microsoft are developing a super-browser that can seamlessly figure out what to do with the 20 different standards out there that websites use.

No, the fanfare is "note-taking mode" where you can draw devil horns on top of peoples pictures on websites and then share them with your friends, "reading mode" which appears to be just the full-screen F11 mode in IE that eliminates window edges (and is only available on reading-mode-compatible websites,) "reading lists" which is a touch-friendly way to save favorites and voice-activated search commands.

Continuing with the current trend from Microsoft, productivity and security are not the focus. At best they are an afterthought.
Reply  |  Post Message  |  Messages List  |  Start a Board

I know exactly what you are talking about. Browsers are currently a total nightmare. The built-in website on our voice-mail system and our Firewall both require me to have 2 simultaneous windows open because part of the pages only work in Chrome and part only work in IE so I have to pingpong back and forth between the browsers to update page settings.

I am confident that Spartan will be "mostly" compatible with old IE and while it will be awesome for the kiddies buying tablets, it will introduce another set of nightmares for real people trying to get work done.
Reply  |  Post Message  |  Messages List  |  Start a Board

@TerryB it's pretty easy to do! You're right, though, most of the tabs I have open are related to different articles I'm writing. Since I'll often be working on a few stories at a time, those can add up. Then I have tabs for email, Google docs, images, social media... would make a pretty long list if I turned it into a story, ha.
Reply  |  Post Message  |  Messages List  |  Start a Board

Here's the deal for me.  99% of the sites I have to either send information too or get data from are government sites for the road construction industry.  Most are written so only IE can access them. They don't work with Chrome, Firfox, or Opera at all.  So as much as I hate IE since these sites only work with it I have to use it.  Will Spartan (or what ever they call it) work seamlessly with them??  If MS kills IE are people like me screwed?  Next thought - if they go to a name that has MicroSoft as part of the name then will we have to put the name of the company on all the other browsers like Google Chrome, Mozilla Firefox, Opera Opera (??)
Reply  |  Post Message  |  Messages List  |  Start a Board

It can have negative impact on the user experience as well. Because those users who were not changing IE because they were not technical enough and were OK with its consistent outlook will have to get them adopted to the change. Where they can decide if they want to learn the new IE or a new browser altogether.
Reply  |  Post Message  |  Messages List  |  Start a Board

@vnewman2: MS have always been in the habit of changing names of the products which doesn't impress their customers whether it is their email, search engine and now browser. I am not sure if this has done some magic for them previously but it will be really hard for MS to bring back the customer who knows it is MS product.
Reply  |  Post Message  |  Messages List  |  Start a Board

We're in wholesale/retail business. Our buyers has to source many different websites/resources. Our salemen are selling to many different channels.
Reply  |  Post Message  |  Messages List  |  Start a Board

That's the problem when people have to work for small companies. A typical day, I can do 10 different things (sometimes simultaneously). Many things i'm on my own.