Microsoft reports $22.2 billion in revenue as its cloud services continue to dominate. However, the $7.5 billion Nokia write-down proved a drag on its latest financial results.

Microsoft recently wrapped up its most recent financial quarter and reported earnings that indicate promise for cloud, concern for its Devices and Consumer division, and reliance on Windows 10 for a successful 2016.

Redmond would have posted earnings of $0.62 per share during its most recent quarter if not for the $7.5 billion write-down related to Microsoft's acquisition of Nokia last year. The write-down resulted in a $3.2 billion quarterly loss and a $780 million restructuring charge. The integration and restructuring costs totaled $8.4 billion during Q4.

Commercial revenue saw a slight growth of 4% to reach $13.5 billion. Server products and services also grew 4%. The install base for Dynamics CRM Online grew almost 2.5x, and Dynamics revenue overall was up 6%.

Microsoft's cloud services continued to dominate, continuing the trend that started in Q3. Commercial cloud revenue grew 88% during the most recent quarter, and now has an annualized revenue run rate of over $8 billion. Office 365, Azure, and Dynamics CRM Online were the primary drivers of growth.

Other high points include the Surface device line, which grew 117% to hit $888 million, due to the success of Surface Pro 3 and launch of Surface 3. Search advertising revenue grew 21% as Bing captured 20.3% of US marketshare.

"Our approach to investing in areas where we have differentiation and opportunity is paying off with Surface, Xbox, Bing, Office 365, Azure, and Dynamics CRM Online all growing by at least double-digits," CEO Satya Nadella wrote in a July 21 statement. "And the upcoming release of Windows 10 will create new opportunities for Microsoft and our ecosystem."

Microsoft also saw growth among its Office 365 consumer subscriptions, which grew by 3 million to reach 15.2 million during Q4. This trend is mirrored on the commercial side, which saw Office products and services decline 4% as more customers transitioned to Office 365. 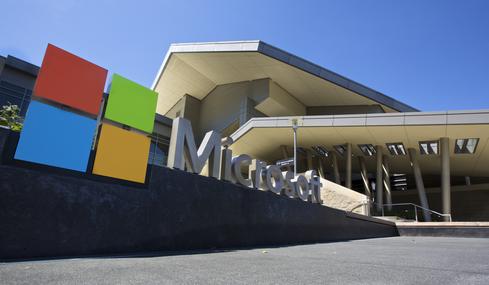 "We continue to see strong demand for Office 365 and Dynamics products," said Nadella on Microsoft's earnings call Tuesday. The company surpassed 150 million downloads of Office for mobile on iOS and Android, and rolled out a new version of Office for Mac 2016.

The end-of-support refresh cycle for Windows XP had a detrimental effect on the PC sector. Windows OEM revenue fell 22% as the PC market declined, and Windows volume licensing revenue dropped 8%.

"I do believe Windows 10 will broaden our economic opportunity and return Windows growth," said Nadella.

The stronger US dollar had a significant impact on results during the most recent quarter, noted Microsoft CFO Amy Hood, who anticipates this will continue to affect financial results throughout fiscal year 2016. Hood also noted that she expects Windows 10 to benefit business results in the second half of FY2016.

Kelly Sheridan is the Staff Editor at Dark Reading, where she focuses on cybersecurity news and analysis. She is a business technology journalist who previously reported for InformationWeek, where she covered Microsoft, and Insurance & Technology, where she covered financial ... View Full Bio
We welcome your comments on this topic on our social media channels, or [contact us directly] with questions about the site.
Comment  |
Email This  |
Print  |
RSS
More Insights
Webcasts
ROI and Beyond for the Cloud
5 Steps to Solving Modern Scalability Problems
More Webcasts
White Papers
Passwordless: The Future of Authentication
From MFA to Zero Trust
More White Papers
Reports
The Future of Multi-Cloud Networking 2020
Building an Effective Cybersecurity Incident Response Team
More Reports