In response to the uproar over privacy concerns, Microsoft executives are clarifying how information is collected and used in Windows 10.

Since Windows 10 rolled out to the general public in July, users have voiced their concerns about how the operating system collects, stores, and shares their information.

Microsoft has repeatedly acknowledged the advanced security features in Windows 10, but the company has done little to openly address these criticisms -- until now. Terry Myerson, executive vice president of operative systems, took to the Windows Blog Sept. 28 for a more detailed explanation of how Windows 10 uses personal data.

Windows 10 was created on the foundation of two core privacy principles, Myerson explains. First, the OS gathers information so it will perform better for each user; second, users have control over the information collected. Data is encrypted before being sent to secure storage on Microsoft servers.

To give Windows customers some peace of mind, Myerson provided a list of the information that is and isn't collected and stored through Windows 10:

Microsoft does collect an anonymous device ID, device type, and application crash data so it can continue improving application reliability. This data does not include user content or files, and Myerson reports the company takes "several steps to avoid collecting any information that directly identifies you, such as your name, email address or account ID."

Myerson cites an example of how this information was used last month, when aggregate data indicated a certain version of a graphics driver was crashing on Windows 10 and causing PCs to reboot. Microsoft contacted the company building the driver, collaborated with them to send a fix to Windows Insiders, used Insider data to confirm the problem was solved, and then publicly released the solution within a 48-hour period.

A new feature coming later this year will allow enterprise customers to disable this data collection, Myerson notes, but officials do not recommend doing so. 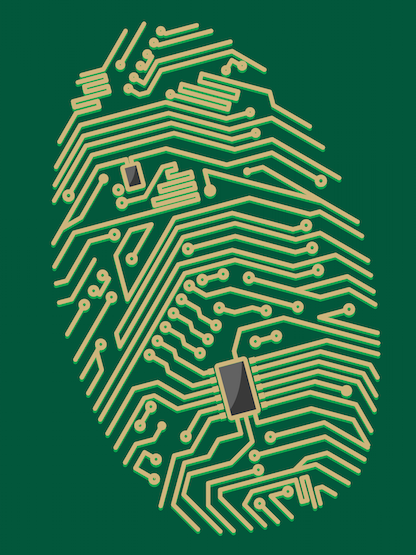 Windows 10 emphasizes the importance of a customizable user experience, but many of its features require more specific personal information. If the system knows your favorite sports team, for example, it can give you updates on game scores or provide app recommendations. If it records common words you use in text messages, it can improve its auto-complete function.

When it comes to personalizing Windows 10, the extent of information collected is up to you. If you opted to use the Express settings during Windows 10 setup process, you can still change your preferences in Settings or within the settings for specific apps.

Microsoft does not scan your personal communications (including email content) or files in order to deliver targeted ads. This applies to Windows 10 and all Microsoft software, the company confirms.

Kelly Sheridan is the Staff Editor at Dark Reading, where she focuses on cybersecurity news and analysis. She is a business technology journalist who previously reported for InformationWeek, where she covered Microsoft, and Insurance & Technology, where she covered financial ... View Full Bio
We welcome your comments on this topic on our social media channels, or [contact us directly] with questions about the site.
Comment  |
Email This  |
Print  |
RSS
More Insights
Webcasts
Nip Ransomware in the FUD: Detecting Attacks Pre-Encryption
Don't Miss This Cybersecurity Virtual Event
More Webcasts
White Papers
The Psychology of Cyber: How Micro-Drilling Enhances Crisis Response
A Business Case for Vulnerability Remediation Orchestration
More White Papers
Reports
Gartner Market Guide for Insider Risk Management Solutions
The Infoblox Q4 2020 Cyberthreat Intelligence Report
More Reports

> Not only that, the EULA states otherwise and trumps anything some manager says.

Generally true, although in some certain cases, other legal claims with a basis in consumer-protection statutes and/or even the common law of torts may be had against the company/seller/what-have-you.
Reply  |  Post Message  |  Messages List  |  Start a Board

If a company needs to address an issue afterward it is a sure sign they messed up beforehand. The fact that people don't like having others collect intel about them is news to Microsoft? How many rocks are there in Redmond under which they are living?
Reply  |  Post Message  |  Messages List  |  Start a Board

Not only that, the EULA states otherwise and trumps anything some manager says. The data collected is not attached to a person as in tacking a name on it, but the entirety of the collected data is plenty sufficient to pinpoint exactly who I am. After all, there are not many fans of Borussia Mönchengladbach in the US and I have yet to see Windows show me the scrores for their games.
Reply  |  Post Message  |  Messages List  |  Start a Board

Yes, what Windows 10 collects is all up to you.  But...  If you turn off all the collection stuff, what are you left with?  Is what's left really enough to justify upgrading from Windows 7.
Reply  |  Post Message  |  Messages List  |  Start a Board

...they are acknowledging that level of discontent by at least addressing the issue. Feels a little late in my opinion though.
Reply  |  Post Message  |  Messages List  |  Start a Board

"Microsoft does not scan your personal communications (including email content) or files in order to deliver targeted ads."

It's sad that this disclaimer is even needed (because you know the technology exists...).
Reply  |  Post Message  |  Messages List  |  Start a Board
Editors' Choice
Hot Topics