Microsoft's announcement of updated Windows 10 activation numbers includes the mention that more than three-quarters of the company's enterprise customers are running an active pilot of the operating system.

Microsoft has provided the world with an update on current Windows 10 activation numbers and how the company is tracking toward its goal of seeing the latest incarnation of its operating system active on more than 1 billion devices.

That 1 billion device goal hasn't been reached yet. But Microsoft confirmed in a blog post Monday that Windows 10 is currently active on 200 million devices now around the world, with 40% of those new Windows 10 devices active since Black Friday, Nov. 27, 2015. Windows 10 devices can include more than just the traditional PC, of course. Microsoft's Xbox One, SurfacePro, Surface Book, and Windows 10 phones are all included in the company's figures.

According to Microsoft, Windows 10 continues to be on the fastest growth trajectory of any version of Windows ever, outpacing Windows 7 by nearly 140% and Windows 8 by nearly 400%.

[Are you ready for a potential software audit? Read How to Survive a Software Licensing Audit.] 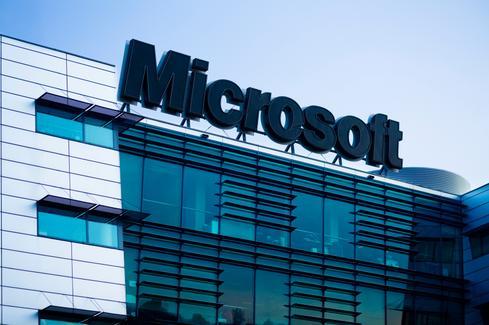 Microsoft also noted that more than 76% of the company's enterprise customers are in active pilots of Windows 10. There are more than 22 million devices running Windows 10 across enterprise and education customers, according to Microsoft.

Forrester Research's David Johnson, principal analyst for infrastructure and operations, told InformationWeek in an interview that Windows 7 and Windows 10 have become the standard for enterprises today.

"Microsoft has a very popular OS in Windows 10," he said. "It's one that our enterprise clients see as correcting some of the shortcomings of Windows 8."

According to research conducted by Forrester in 2015, 49% of enterprises plan to upgrade to Windows 10 by the end of 2016, with 41% of US enterprises indicating a plan to upgrade by year-end. Those numbers, while not quite as optimistic as Microsoft's "active pilots" number, still showcase the momentum of Windows 10 -- an OS that has absolutely been more favorably received than its predecessor, Windows 8.

Forrester's numbers are based on a survey of 3,592 IT decision makers from the US, UK, New Zealand, India, Germany, France, China, Canada, Brazil, and Australia. The average company size was $1.95 billion in annual revenue and 12,500 employees.

Still, even with the warm welcome, it's no small task migrating an entire enterprise from one operating system to another. Such a migration is a big project for most IT organizations, Johnson said. Enterprises face logistics challenges with different independent software vendors that aren't ready to support the new OS yet, licensing issues, browser compatibility issues, and other problems. It's a major project for enterprises to migrate fleets of PCs.

Tablets are another piece of the Windows 10 market. While Microsoft did not provide numbers on Windows 10 device activations from tablets in its blog post, IDC's most recent Quarterly Tablet Tracker forecast calls for Microsoft's Windows OS to steadily gain marketshare in that form factor in the years to come. IDC predicts Microsoft's tablet OS marketshare for 2015 to come in at 8.5% and to grow to 17.8% by 2019. It will take most of that share from Android, which will see its 67% share in 2015 go down to 56.5% by 2019. Meanwhile iOS remains relatively steady, with 24.5% in 2015 and 25.7% predicted by 2019.

Johnson told InformationWeek that the picture is a little different for business users. Of enterprise IT tablet users polled in 2015, 9% said they use a Windows 10 tablet. When asked what they would like for their next tablet, 14% said they wanted Windows 10, 48% said they wanted iOS or iPad, and 23% said they wanted Android. The Forrester data was based on a survey of 7,267 employees at companies with an average of 29,500 workers. Companies were based in the US, UK, New Zealand, India, Germany, France, China, Canada, Brazil, and Australia.

Microsoft also announced in its blog post Monday that the first Windows 10 phones, the Lumia 950 and Lumia 950 XL are now available worldwide.

Additionally, Microsoft provided updates on the geographic spread of its mobile devices. The company said that its Surface Book recently became available for pre-order in China and Hong Kong, and will soon be available in a total of 10 new markets including Austria, Australia, the UK, France, Germany Switzerland, New Zealand, and Japan. The Surface Pro will be released in India in the coming weeks, the company said.

Microsoft also noted that 2015 was the biggest year in Xbox history, with Xbox One setting records in global engagements and sales. The Xbox App on Windows 10 PCs saw strong engagement, with more than 6.6 million hours of games streamed. Microsoft also said that in the six months since Windows 10 launched, it has become the second most popular OS on the Steam gaming network, behind Windows 7.

Jessica Davis is a Senior Editor at InformationWeek. She covers enterprise IT leadership, careers, artificial intelligence, data and analytics, and enterprise software. She has spent a career covering the intersection of business and technology. Follow her on twitter: ... View Full Bio
We welcome your comments on this topic on our social media channels, or [contact us directly] with questions about the site.
Comment  |
Email This  |
Print  |
RSS
More Insights
Webcasts
Fintech at SaaS speed: Navigating the scale & security challenge
Disaster Recovery/Business Continuity in the New Normal
More Webcasts
White Papers
4 Key Elements of an ML-Powered NGFW: How Machine Learning is Disrupting Security
Research from STL Partners and Vertiv Reveals Why Telcos Should Prioritize Efficiency and Sustainability in 5G Network
More White Papers
Reports
Intelligent Outcomes Are Key to Business Resilience
The State of Cybersecurity Incident Response
More Reports