In honor of Microsoft's 40th birthday, InformationWeek reflects on the successes, failures, and lessons learned that built the company as it stands today. 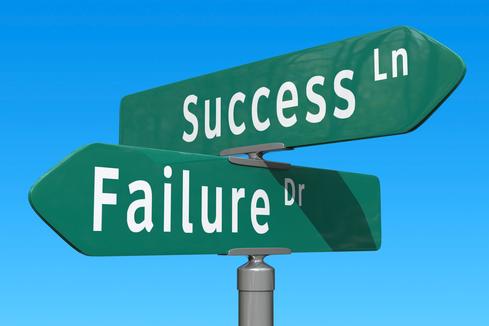 In 1975, 19-year-old Bill Gates dropped out of Harvard and teamed up with his buddy Paul Allen to revolutionize the history of computing. Shortly afterwards, Microsoft was born with the mission of putting a computer in every home.

Four decades and three CEOs later, the company has evolved into an empire that continues to dominate personal computing around the world, albeit while dealing with issues of middle age. There may not be a computer in every household around the world, but Microsoft is markedly closer to achieving this goal than it was upon its inception.

The celebration of Microsoft's 40th birthday is one that marks many decades of hard work and the great triumphs and disappointing failures that came with it. After all, you don't evolve from a tiny startup to a billion-dollar enterprise without a few setbacks.

We learned that when Microsoft succeeds, it makes a splash. From the inception of MS-DOS to the widely applauded Windows 95, to the current development of Windows 10, the tech giant has made clear that it's a force to be watched. Its software has become a staple of businesses and consumers throughout the world.

However, with great success come great failures. There have been times that Microsoft has arrived too late (or too early) to the game when trying to pin down the next big tech trend. Sometimes it completely missed the mark, and consequently suffered as customers fled in favor of competitors like Apple.

In celebration of its 40th birthday, former CEO Gates wrote an email to employees running the corporation that he has since left in the hands of successors Steve Ballmer and, now, Satya Nadella as he focuses his time on philanthropic efforts. Gates briefly reflected on a largely successful history but also noted, "What matters now is what we do next."

We've spent plenty of time pondering how Microsoft's current projects will affect its future. Will Windows 10 appeal to a global audience that mostly trashed its predecessor, Windows 8? Will Windows Phone ever see growth in a market dominated by Apple and Samsung? Will Satya Nadella's "mobile first, cloud first" vision carry Microsoft into a successful future?

Let's take a break from speculation and reflect on how Microsoft grew into the company it is today. On the following pages, we'll look back at some of the moments that built Microsoft -- and some products that, perhaps, should have stayed ideas.

@mejiac thanks! For a company that has grown as much as Microsoft has, 40 years is plenty of time for hits and misses. I think (/hope) that Windows 10 will be a good follow-up to Windows 8, just as Windows 7 addressed the issues in Vista. To your point, Win8 was Microsoft giving its customers what it thought they wanted - and, given the overwhelmingly negative reaction, they were wrong. It sounds like Microsoft has learned, though, and it's actively trying to listen. I'm also running the preview and think it looks great so far.
Reply  |  Post Message  |  Messages List  |  Start a Board

At first I was undecided on whether to call Windows 8 a huge miss for Microsoft. I have a Surface running it now and while it's not great, it's functional. I prefer to use it as a touchscreen because I think the OS was designed for that. But ultimately Win8 went on the list because Microsoft missed the mark for its target audience with its design. Most users running Windows in business or for productivity aren't using the OS on a touchscreen; they're running it on a desktop or laptop. The GUI just doesn't lend itself to that kind of use.
Reply  |  Post Message  |  Messages List  |  Start a Board

@pablo great point, Xbox was another big hit from Microsoft. The ergonomic keyboard is also worthy of inclusion among its best products... I smell a follow-up list in the making.
Reply  |  Post Message  |  Messages List  |  Start a Board

@JerryRioux if I had chosen to spotlight all of Microsoft's highlights in 40 years, I'd be writing throughout the next week! Though with that kind of time, I would have chosen to include Win 3.1, 7 and Xbox among Microsoft's other big successes. I remember using WordPerfect when I was younger and liked it, but it was no competition for Word combined with the rest of the Office suite.
Reply  |  Post Message  |  Messages List  |  Start a Board
InformationWeek Is Getting an Upgrade!