Compared with last week's hectic news cycle, this week was a relatively calm one for Microsoft. We learned about the first major update to Windows 10, acquisition of Secure Islands, and new features in OneNote.

Windows 10 PC Build 10586, which arrived for the Fast ring of Windows Insiders late last week, became available to the Slow ring on Nov. 9. This build, which primarily focused on bug fixes and general improvements, put us on the lookout for a full Windows 10 update.

We received that update on Nov. 12, when Microsoft released its first major update to Windows 10 since its official launch. The latest changes target both consumer and business PCs, with a strong emphasis on enterprise improvements.

The new update promises to give IT admins greater control over managing mobile devices and deploying OS updates within the organization. Windows Update for Business, for example, lets IT set up device groups with staggered deployments.

Admins have more control over managing and distributing enterprise apps through the Windows Store for Business. Enterprise Mobility Management and Azure Active Directory Join updates are intended to help IT better handle and secure larger numbers of mobile devices in the workplace.

Microsoft claims this Windows 10 updates also packs a 30% performance boost compared with Windows 7 on the same device. Cortana now recognizes handwriting to record appointments and reminders, and Microsoft Edge got a performance and security boost in addition to the official launch of the tab preview feature.

On the security front, Microsoft confirmed its acquisition of Secure Islands on Nov. 9. The Israeli security firm specialized in advanced data protection, classification, and loss-prevention technologies.

Secure Islands was already a partner of Microsoft, which used its technologies for data protection within its Azure Rights Management Service. Following the regulatory approval of the acquisition, Microsoft plans to use Secure Islands technology to create a more flexible architecture and meet advanced security and compliance requirements. 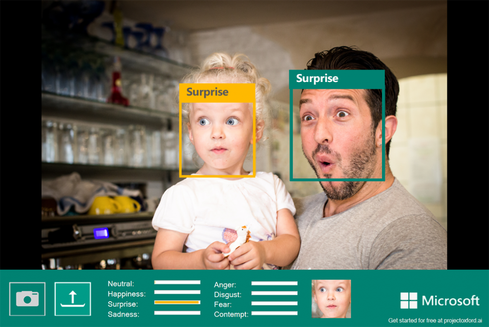 Redmond also announced plans to broaden its Project Oxford and give developers new tools in machine learning and artificial intelligence. The suite of developer tools is based on Microsoft's ML and AI research, and it uses a Web-based RESTful interface to add text, image and voice services.

The newest addition to Project Oxford aims to recognize humans' emotional states (anger, contempt, fear, disgust, happiness, neutral, sadness or surprise) in photos. Its emotion tool is currently available as a public beta for developers. Other new tools, including speaker recognition and updates to face-detection APIs, will be available as beta releases by year's end.

In Office news, OneNote has gotten several updates. You can now use the tool to record audio on iOS, embed video in OneNote 2016 on Windows Desktops, and directly insert file attachments into OneNote Online.

A new OneNote badge for Android gives you quick access to a notepad for jotting down thoughts or copying/pasting content without moving between apps. OneNote has also been updated to support 3D Touch on iOS for faster access to recent notes, new notes, or photo upload.

It looks like Microsoft is expanding its UK presence in 2016, as indicated by updates from across the pond. CEO Satya Nadella announced plans to release multiple data centers and a local Azure Cloud region in the UK next year. The UK can also expect Surface Book to arrive between March and April 2016. Both updates came from London's Future Decoded event, Neowin reports.

Kelly Sheridan is the Staff Editor at Dark Reading, where she focuses on cybersecurity news and analysis. She is a business technology journalist who previously reported for InformationWeek, where she covered Microsoft, and Insurance & Technology, where she covered financial ... View Full Bio
We welcome your comments on this topic on our social media channels, or [contact us directly] with questions about the site.
Comment  |
Email This  |
Print  |
RSS
More Insights
Webcasts
Fintech at SaaS speed: Navigating the scale & security challenge
Bolstering Your Enterprise Cyber Risk Assessment
More Webcasts
White Papers
Intelligent Load Management
VPN Risk Report
More White Papers
Reports
Are We Cyber-Resilient? The Key Question Every Organization Must Answer
The State of Endpoint Security
More Reports