Microsoft this week announced the demise of Internet Explorer. Let's reflect on how it evolved over the years. 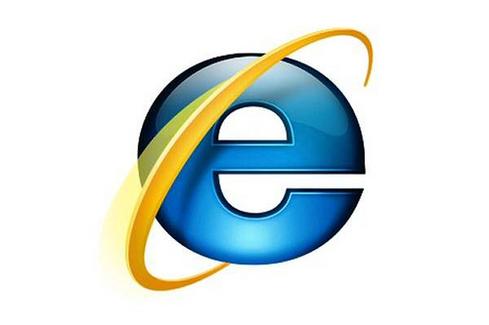 Microsoft announced this week that it will be moving Internet Explorer to the Recycle Bin. When millions of users download Windows 10 for the first time, they will find that the familiar browser has been swapped for a more modern replacement. Internet Explorer will continue to be available for enterprise customers who require legacy browser support.

The new browser, which will connect most Windows 10 users to the Internet, is currently entitled "Project Spartan" but Microsoft is conducting research to determine a permanent name by the time the OS launches in summer 2015. The new browser is promised to be speedy, light, and packed with features -- all qualities rarely associated with its predecessor. Its older counterpart will continue to exist for mostly business purposes.

Although plenty of Web surfers were (and still are) quick to describe Internet Explorer as clunky and slow -- especially compared with competitors Google Chrome and Mozilla Firefox -- it did transform the way we use the Internet. Thanks to Microsoft's enormous footprint, Internet Explorer is used by millions and remains among the most popular browsers in the world.

After its first official launch in 1995, Internet Explorer continued to evolve along with new technologies over the following 18 years. It was released in 11 different editions with various upgrades in between. Many of us watched as the browser evolved to incorporate fixes to security flaws, integrate multimedia capabilities, and more closely resemble the OS themes that changed along with it.

Despite the many changes made to Internet Explorer over the years, it couldn't maintain the pace of rapidly growing competitors Firefox and Chrome. While Internet Explorer claimed more than 90% of the browser market in its heyday, failure to innovate ultimately caused its demise. Microsoft tried to catch up but was never able to reclaim the share it once had.

Microsoft has transformed its focus under CEO Satya Nadella, moving towards a faster, more mobile, and cloud-based world. Internet Explorer no longer fits in that picture and will be pushed to the side as a new browser becomes part of the Windows 10 foundation.

Internet Explorer may not be dead yet, but it will be used by far fewer people going forward. Let's take a look back at how the browser has evolved over the years, the many editions that were released, and the features that accompanied each one.

One of my desktops is sitting -- frozen up effectively --  with an 'occasional' failure, which became a 'solid,  total' failure last night.  That particular desktop (two months old) is facing certain death.

I have tried to delete, download, install a whiz-bang new copy of I.E. -- all to no avail.  I have never seen such a lock up as this one -- I fear I am going to spend a fair amount of money getting the boys of Geek Squad to smoke out this problem.


@mak63   That is funny, considering that they have hundreds of thousands of software programmers. They could only devote six of them to this ?

Either you were a choosen one or this was the assignment nobody wanted.


I am really glad to learn I won' t have to fight the OS to tell it I don't want IE to be my default browser anymore.   This was well over due ( like 15 yrs. over due ).

I knew it would take a regime change at MS to finally end this half-hearted attempt at "owning everything on their platform", and that looks to have been the case.

Sunita, that's funny. I ditched Mozilla years back because I always found it to be a RAM eating monster. Now I do find Chrome to slow me down if I am on a clunky older computer. I'd be interested to try Spartan for that reason. Thank god IE is gone ... it is terrible to try to build and plan a new website and worry what the heck IE (especially 9 and 8) would do to it.
Reply  |  Post Message  |  Messages List  |  Start a Board

@charlie: I really liked the IE10 and IE11. I don't know why people gave a negative response. Maybe they had grown tired of IE? Who knows.
Reply  |  Post Message  |  Messages List  |  Start a Board

@Brian.Dean: Wow that is just too harsh and funny at the same time. You have to give spartan a chance. It looks beautiful.
Reply  |  Post Message  |  Messages List  |  Start a Board

@lindaJoyadams: Spartan is going to be more user friendly and less RAM consuming than Google Chrome> Although Google Chrome has a massive fan following, I prefer to use Mozilla because it crashes a lot less and has better support online. Lets see what Spartan accomplishes.
Reply  |  Post Message  |  Messages List  |  Start a Board

I have never preferred Google Chromie to Internet Explorer and when we upgrded to 8.1 I  insisted it be installed and waited online and by phone  until the techs got it done at Dell as it was not in the system even though I had ordered it be in the system as advertised and the icon was there. . but  some one else and who bought 8.1 in HP HAD THE SAME ISSUE LAST 4/14. I like Google for some things but my personal opinion is that Chrome too easily let in Conduit and IE did not. I hope that the new search engine is user friendly for this 70 year old who had  to get used to 8.1 format after first sitting down to a wndows screen in 6/92 when my government office was one of 11 that tested what came out in a few years and it was really buggy in the beginning.  I  do like 8.1 now but still trying to find everything after almost a year of  giving up my old XP. system it now.  It does seem to know what I want sometimes before I do and that is a little sci fi  My main concern is not losing my yahoo folders and calendar as that would be disaster for me after years of compiling it..L so PLEASE MICROSOFT HAVE A HEART FOR US  OLD TIMERS. DO YOUR UPGRADE TO THE FUTURE BUT DO NOT LEAVE US WITHOUT SOME OF THE FEATURES WE HAVE RELIED ON OVER THE YEARS AND SERVED US VERY WELL. inda Joy Adams
Reply  |  Post Message  |  Messages List  |  Start a Board

Farewell IE. It's been a long time since we were close, but you helped me in my first forays online and have been my longest running browser, despite the man years of Chrome and Firefox use I have behind me now.

I feel that Microsoft did not have the resources to allocate to develop a good browser while, pursuing all the many endeavors that it has been pursuing. I hope that "Project Spartan" makes the process of downloading Firefox or Chrome easier for users.
Reply  |  Post Message  |  Messages List  |  Start a Board
Page 1 / 2   >   >>
Editors' Choice
Hot Topics