This week brought Skype and Outlook updates, a new Windows 10 preview build, and the end of support for Internet Explorer 8, 9, and 10.

Microsoft is jumping back into the swing of things after a busy week at the 2016 Consumer Electronics Show, where it revealed news on connected car partnerships and Windows 10 devices.

This week's updates track Internet Explorer, Windows 8, Windows 10, Skype for Business, and Outlook. We learned about a new acquisition, a business-focused event, and the integration of the R language into Redmond's product lineup.

On Jan. 12 Microsoft officially terminated security updates, technical support, and compatibility fixes for Internet Explorer 7, 8, 9, and 10. Users are encouraged to upgrade to IE 11, or switch browsers, in order to avoid security risks.

[Prepping for Windows 10 migration? These tips will help.]

Security updates are also ending for PCs running the original version of Windows 8, which launched in Oct. 2012. If you're still using Window 8, it's time to upgrade to Windows 8.1 or Windows 10 to minimize security risk.

On the mobile front, Microsoft released updates to Skype and Outlook for iOS and Android. When creating an Outlook event, you'll have the option to include Skype call access in the details. When the event starts, attendees can click the link to join a group chat.

Other changes include new two-week and three-week calendar viewing options in Outlook and a redesigned navigation bar in Outlook for Android. Outlook for OS X now supports full-screen view with a few interface updates.

Microsoft has been making several changes to its Outlook mobile app over the last few weeks in response to user feedback. Examples include the abilities to save contacts to the default Contacts app for iOS and Android and to save files directly to an Android device. 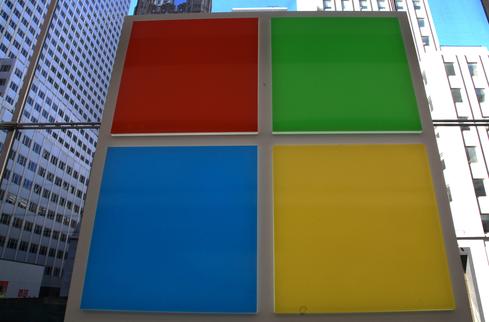 Revolution R Open, now rebranded as Microsoft R Open, is available as a free download. Microsoft R Server is also available for academic use through the Microsoft DreamSpark program.

Windows 10 became a talking point among business customers when Microsoft announced it would be pushing upgrade notifications to PCs running Windows 7 Pro and Windows 8.1 Pro. Before this week, Pro devices had been off-limits to the Get Windows 10 app and the upgrade alerts that came with it.

This news only affects devices connected to Active Directory and configured to receive updates via Windows Update. PCs running a version of the Windows Enterprise OS, and ones that receive updates from System Center Configuration Manager or Windows Server Update Services, will not be affected.

Microsoft released the latest Windows 10 build to its Fast Ring of Windows Insiders. Build 11099, like its predecessor, does not include major changes or new features. It does include improvements to OneCore, which is the core Windows OS shared across devices.

Gabe Aul, vice president of engineering systems for the Windows and Devices Group, reminded us the team will be making changes to the way Insider builds are released in 2016. Going forward, the criteria used to release builds will be closer to the criteria used for internal testers. This means more frequent builds, but potentially more bugs, for Insiders.

Kelly Sheridan is the Staff Editor at Dark Reading, where she focuses on cybersecurity news and analysis. She is a business technology journalist who previously reported for InformationWeek, where she covered Microsoft, and Insurance & Technology, where she covered financial ... View Full Bio
We welcome your comments on this topic on our social media channels, or [contact us directly] with questions about the site.
Comment  |
Email This  |
Print  |
RSS
More Insights
Webcasts
Strategies for Success with Digital Transformation
Building the SOC of the Future: Next-Generation Security Operations
More Webcasts
White Papers
Improving Your Enterprise's Protection With Cyber Resilience
The Essential Guide to Securing Remote Access
More White Papers
Reports
The Malware Threat Landscape
Email Security Threat Report 2020
More Reports