Android M may focus more on improving the user experience, but Google still added some impressive new features. Here's what we learned at Google I/O.

Google revealed Android M at its I/O developer conference this week, a powerful step forward for the world's most popular mobile operating system. Google made a conscious effort to improve the platform's performance and stability, but was sure to include a few killer features.

The full changelog for Android M has no fewer than 55 items on it.

There are many more.

Google Now On Tap is by far the most impressive addition to Android M. It's all about context and situational awareness. Google says the intent behind Now On Tap is to make it easier for Android users to get assistance when and where they need it. 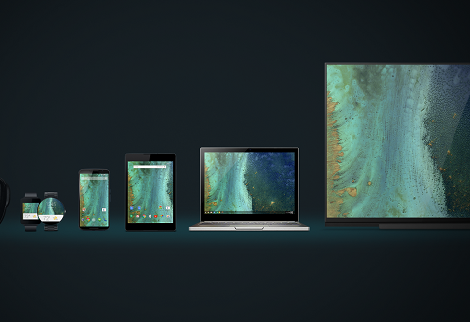 "If your friend texts you about dinner at a new restaurant," explains Google, "without leaving the app, you can ask Google Now for help. Using just that context, Google can find menus, reviews, help you book a table, navigate there, and deep link you into relevant apps." Users need only long-press the home button and Google will automatically do everything else. The possibilities here are powerful.

Android Pay will compete directly with Apple Pay and Samsung Pay. Android pay largely replaces Google Wallet. In fact, it's an entirely new product built on the ashes of Softcard. In the US, Android Pay will be supported by AT&T, T-Mobile, and Verizon Wireless. Device owners will be able to make tap-and-go payments at some 700,000 retailers around the country when it (re)launches.

With Google's support, mobile payment may get the shot in the arm it really needs for widespread adoption.

More importantly, Android Pay -- and everything else on Android M smartphones -- can be secured with fingerprint authentication. Until now, only select manufacturers offered APIs for developers to access their hardware's fingerprint readers. Now, Android supports fingerprint authentication system-wide for unlocking the device, approved purchases, and securing files or folders. The latest SDK from Google already includes the new fingerprint API. This has great implications for business users.

[Read about whether Apple Pay is failing or winning.]

It may not seem all that important, but Android M's new power management features are something to get excited about. To start, a new feature called Doze can double standby battery life. Doze uses internal sensors to determine when the device hasn't been moved in a while. It then aggressively shuts down notifications and other power-sapping activities until the device is picked up or moved. This means if you forget to plug your device in overnight, it won't be dead in the morning. Moreover, Android M adds support for USB Type C, which has a reversible plug and reversible power flow. In other words, you will be able to use an Android M smartphone to charge an accessory such as a Bluetooth headset.

App Links is the last of the new features that will improve the day-to-day experience on Android devices.

As Android functions today, users often encounter popup dialog boxes when clicking links. For example, let's say someone is scanning through Twitter and encounters a link to an Instagram photo. Clicking the link opens a dialog asking the user to choose which app to use to open the link (in this case, Chrome or Instagram). With App Links in Android M, applications will be able to verify such links automatically. This means clicking an Instagram link in Twitter will open the photo in Instagram, no questions asked.

If you know your way around terminal commands, you can download and install the Android M Developer Preview today. Google said the final version of the operating system will arrive during the third quarter.

Eric is a freelance writer for InformationWeek specializing in mobile technologies. View Full Bio
We welcome your comments on this topic on our social media channels, or [contact us directly] with questions about the site.
Comment  |
Email This  |
Print  |
RSS
More Insights
Webcasts
What We Can Learn from Sports Analytics
ROI and Beyond for the Cloud
More Webcasts
White Papers
The Network for Whatever's Next; A CxO Guide
SANS Report: Measuring and Improving Cyber Defense Using the MITRE ATT&CK Framework
More White Papers
Reports
The Drive for Shift-Left Performance Testing
2020 State of DevOps Report
More Reports

@Shakeeb- I've just come to the conclusion that for the most part, people don't want to pay with their phones. And given how incredibly insecure their computers are in general, I don't think that's  a bad decision. It just isn't that much easier to pay with a phone than a debit card at this point.
Reply  |  Post Message  |  Messages List  |  Start a Board

@[email protected]
I feel your pain! I'm still two versions behind. I really hope that every phone since Gingerbread or ICS can get the update.

@impactnow- This is one major problem for most android users. I am glad google could address this with some solution.
Reply  |  Post Message  |  Messages List  |  Start a Board

@nasimson – One of the reasons why users purchase very less apps on Playstore is the availability of cracked APK files on various sites.
Reply  |  Post Message  |  Messages List  |  Start a Board

@nasimson – true you could always switch off you mobile at night, but if you could schedule it would be great.
Reply  |  Post Message  |  Messages List  |  Start a Board

@nasimson- Yes the battery save feature is impressive, this is a common issue for most of the smartphone users. Most devices barely last a day.
Reply  |  Post Message  |  Messages List  |  Start a Board

@program2000- Android is one of the most used OS for smartphones and I am sure Android pay would be a hit if launched properly.
Reply  |  Post Message  |  Messages List  |  Start a Board

@SunithaT – I feel Android M is a too early release, some devices still haven't even received the Android L
Reply  |  Post Message  |  Messages List  |  Start a Board

I am just wondering about the specs required to run Android M. Are the current phones eligible to get updates for Android M ? Its been quite some time that Lollipop is out there but many phones are still running Kitkat. Why ? because they never get an official update. Thats what I hate as a user, have to wait too long for the update.
Reply  |  Post Message  |  Messages List  |  Start a Board
Page 1 / 4   >   >>
Editors' Choice
Hot Topics