Many of the new features announced at Apple's WWDC and coming to iOS 9 and Mac OS X echo recent news from Google and Microsoft. 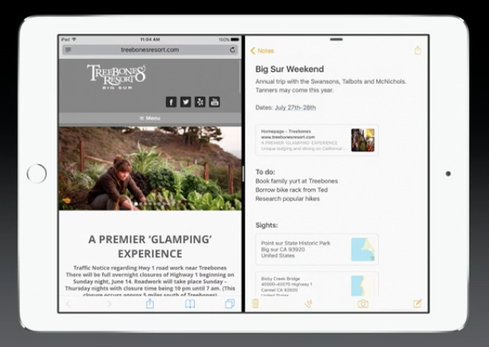 Apple has the tech world talking with its announcements from Monday's keynote at the 2015 Worldwide Developers Conference (WWDC) held this week in San Francisco.

The conference is traditionally geared towards a developer audience but also sets the stage for news that affects Apple's broad consumer base. Attendees gathered June 8 to learn about updates coming to OS X, iOS, and Apple Watch, and a new music streaming service borne of Apple's partnership with Beats Electronics.

This year's conference lacked a lot of the hype and high expectations of Apple's last major show, the March media event that served as a platform for showcasing the first edition of Apple Watch, updated MacBooks, and HBO partnership.

In the weeks leading up to WWDC, the Apple rumor mill gave us a general idea of what we could expect to see and hear at this year's event. We knew iOS 9 and OS X 10.11 would get some major attention. Apple Watch developer tools and a music streaming service were also on our radar.

Apple wasn't expected to unveil any new hardware at WWDC, and most of its announcements pertained to software updates that will deliver new features and improved performance. While the promised upgrades will surely enhance Apple's products as they currently exist, it was hard to get too excited about much of the news from Monday's keynotes.

Why? Well, we've already heard about most of these new technologies from Apple competitors.

"We have always been shameless about stealing great ideas," said Steve Jobs in 1996. The late CEO's thoughts were reflected in the new features presented at WWDC, many of which closely resembled products and services released from fellow tech companies like Google and Microsoft in recent weeks.

From the Proactive feature in iOS 9 to public transit navigation in the native Maps app, it seems like Apple is sprinting to catch up with companies that are thinking further ahead. Read on to see where else we caught the similarities. What are your thoughts on the "innovative" ideas from WWDC? Feel free to share in the comments.

Well, I think this is common in modern industry - there is always some gap between the expectation and reality. Apple has been doing well so far in addressing end user's real needs but hype is unavoidable.
Reply  |  Post Message  |  Messages List  |  Start a Board

Thank you for helping dismantle the Apple Reality Distortion Field so deftly implemented and exploited by Steve Jobs. So few advances touted by them or Microsoft began in their own R&D labs. Their real innovation was in making fanboys accept hype as truth.
Reply  |  Post Message  |  Messages List  |  Start a Board
Editors' Choice
Hot Topics