Apple seeded a third round of beta operating systems, including iOS, macOS, tvOS, and watchOS, to its registered developers.

On Monday, Apple released a slew of beta builds for its core operating systems to members of the company's registered developer program. The updated versions of iOS, macOS, tvOS, and watchOS toss in some new features, repair bugs, and leave plenty of issues for Apple to resolve before their collective general release later this year.

iOS 10 Beta 3 adds a handful of new functions centered on the lock screen and Touch ID performance. In earlier betas, users needed to press the home screen button to activate Touch ID. Now, simply resting a thumb on the Touch ID button -- without pressing it -- does the trick.

The lock screen sounds have changed up a bit, and now offer haptic feedback when the device locks. Last, the keyboard sounds that were removed in iOS 10 Beta 2 have been brought back.

The release notes (authorized login required) for iOS 10 indicate that Apple fixed an enormous number of bugs. For example, crashing behavior in Apple Music and Notes has been resolved, as have problems plaguing the phone app and Siri. The "known issues" section of the release notes lists eight full pages of ongoing problems, which means Apple still has a lot of work to do on its most important operating system. 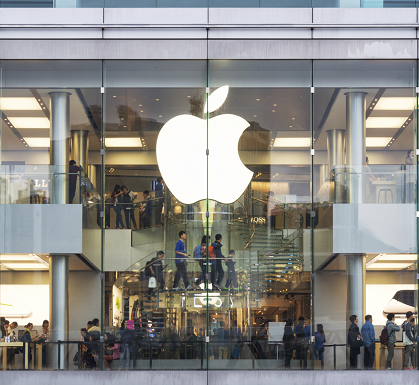 iOS 10 includes a redesigned lock screen with more information and interactive notifications. Most core apps are seeing revisions, as well. For example, Apple Music and Apple News have been redesigned to make them easier to use, and Apple Photos gains facial recognition for automagically creating photo albums.

The list of fixes and known issues for macOS Sierra (login) is much shorter. Apple made some repairs to Apple Pay, iBooks, Mail, Photos, Safari, and Siri, but left issues impacting AirDrop, FaceTime, Messages, and networking unresolved. Sierra's most important addition, Siri, is still only semi-functional.

Sierra mostly hones the ease with which Mac computers and iOS devices share information, in what Apple calls Continuity. For example, Apple Watch owners can unlock their Mac from their smartwatch, while a universal clipboard makes it a cinch to copy-and-paste text between iPhones, iPads, and Macs.

The third beta of watchOS 3.0 makes progress (login) in the bug-squashing department, too. Apple Pay should be less crashy, and the calendar and clock won't be so irritating. Notifications and phone call handoffs should be smoother as well. Some of the ongoing problems involve connectivity, HomeKit, and Siri.

Apple's tvOS Beta 3 looks to be in pretty good shape. The list of fixes and known issues (login) is rather short. For example, game controllers and music playback should be smoother, but podcasts and photos are still a bit unstable.

Registered developers can download these betas (login) directly from Apple's developer console. Apple has not yet released second public betas of iOS 10 and macOS Sierra, but likely will in the next few days.

Eric is a freelance writer for InformationWeek specializing in mobile technologies. View Full Bio
We welcome your comments on this topic on our social media channels, or [contact us directly] with questions about the site.
Comment  |
Email This  |
Print  |
RSS
More Insights
Webcasts
What We Can Learn from Sports Analytics
The Failures of Static DLP and How to Protect Against Tomorrow's Email Breaches
More Webcasts
White Papers
A Technical Deep Dive on Software Exploits
The Value of Threat Intelligence
More White Papers
Reports
Email Security Threat Report 2020
2020 State of Cybersecurity Operations and Incident Response
More Reports

More Informa Tech Live Events
Cybersecurity's Next Wave - What Every Enterprise Should KnowStrategies for Success with Digital TransformationBuilding the SOC of the Future: Next-Generation Security Operations