Incumbents IBM, Microsoft, Oracle, and SAP have ruled the Gartner Magic Quadrant for operational database management systems for years. But with the rise of open source and cloud, new competition has gained ground. Here's what you need to know.

A few years ago it may have seemed as if the enterprise market for operational database management systems was impenetrable to any but incumbent vendors. Every year the same big four -- IBM, Microsoft, Oracle, and SAP -- ruled the Leadership square in Gartner's Magic Quadrant for the category. What's the old saying? Nobody ever got fired for buying IBM.

That still may be the case. But a new batch of companies has made its way into the Leadership quadrant of this Gartner report this year. Among the contenders are companies like AWS, DataStax, and MongoDB. So what's going on?

In a nutshell, the market is changing to encompass new kinds of players. That means more organizations will be moving to NoSQL technologies for particular use-cases and will be embracing open source solutions.

Gartner VP and distinguished analyst Donald Feinberg, who is one of the authors of this report, told InformationWeek that NoSQL providers have indeed gained ground, but not in traditional apps. 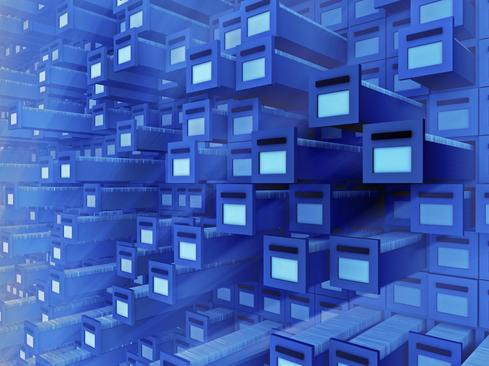 "I do not believe you will see them used widely for ERP or others," he said. "But Web-scale apps requiring geo-distributed replicas are a strength of NoSQL. Also, note the strength of the cloud-based solutions AWS and Redis Labs. They are beginning to mature and gain ground."

Kelly Stirman, MongoDB's VP of strategy and product marketing told InformationWeek in an interview that technology has become a competitive differentiator for companies, and so has data. Web-enabled applications have put new demands on systems.

"Customers are always connected, and you expect a continuous fulfilling experience on companies' applications online," he said. "Organizations are asking 'How quickly can I get to market with my application? How quickly can I maneuver in the market?' The forces are really different than they were 30 years ago."

Stirman pointed to mobile applications as a key use-case, and said that many organizations are favoring NoSQL databases such as MongoDB for these. For example, he pointed to Facebook's acquisition of Parse two years ago, a mobile application framework company. "Parse runs entirely on MongoDB."

DataStax issued its own statement following its inclusion in the Leaders square of this year's report.

"Just as we saw tectonic shifts in the database market from mainframe to client-server, we are now experiencing a similar shift to distributed databases as web, mobile and Internet of Things applications are driving radically new data management requirements," said Billy Bosworth, CEO of DataStax, in the statement issued this week.

Does that mean the incumbents are headed into the sunset? Not at all, but for some use-cases, they'll be seeing more competition, Feinberg said.

"If JSON is required, then the incumbents are also supporting that," he said. "Also, some have created competition for the NoSQL -- IBM Cloudant, Microsoft DocumentDB, Oracle NoSQL. I do not believe the new guys will have much impact on the incumbents for five years minimum."

"Open source is different," Feinberg said. "Most clients want the open source pricing model and are not really interested in the source code. This is causing the open source DBMSs to cut into the incumbents. The incumbents hope that the cloud model will help here, as there [are] no upfront license costs associated with database Platform-as-a-Service."

Cloud-based systems have entered the report this year, too. Two cloud-based providers have made their debut in this Gartner Magic Quadrant report, most notably AWS in the Leaders quadrant. AWS beat out incumbents IBM and SAP on the Ability-to-Execute axis of Gartner's Magic Quadrant.

Another cloud-based provider, Redis Labs, also edged into the Leaders Quadrant. Others listed in the Leaders square this year included EnterpriseDB, MarkLogic, and InterSystems.

Jessica Davis is a Senior Editor at InformationWeek. She covers enterprise IT leadership, careers, artificial intelligence, data and analytics, and enterprise software. She has spent a career covering the intersection of business and technology. Follow her on twitter: ... View Full Bio
We welcome your comments on this topic on our social media channels, or [contact us directly] with questions about the site.
Comment  |
Email This  |
Print  |
RSS
More Insights
Webcasts
Cybersecurity's Next Wave: What You Should Know
Strategies for Success with Digital Transformation
More Webcasts
White Papers
Why Add Security to Your Skill Set and How to Do It
Sunburst: Impact and Timeline
More White Papers
Reports
Assessing Cybersecurity Risk in Todays Enterprises
How IT Security Organizations are Attacking the Cybersecurity Problem
More Reports

I have been tracking NoSQL databases for several years, collecting publicly available data on skills and vendors. A lot of the data are actually from InformationWeek. The data show that the NoSQL market is still tiny.
Reply  |  Post Message  |  Messages List  |  Start a Board

Amazon Web Services Sr. VP Andy Jassy claimed at re:Invent in Las Vegas that Amazon has become a $1 billion database services company. And it must have convinced Gartner that that's the case. Online databases have a shot at breaking into one of the most lucrative areas of enterprise software.
Reply  |  Post Message  |  Messages List  |  Start a Board
Editors' Choice
Hot Topics