Files stored both on-premises and in the cloud require one cohesive file management system. This is contrary to what most organizations are using, and IT is stuck in the middle.

Widespread adoption of enterprise file sync and share (EFSS) has ignited a tug-of-war between corporations and their employees as far as who controls a company's files. IT managers end up stuck between the needs of internal corporate data governance and rising demands from end users who want complete access (sync) and control (share) over their corporate files.

Popularized by cloud-based vendors such as Dropbox and Box.com, EFSS is incredibly useful for end users and is not going away any time soon. The challenge today for enterprise IT is how to reconcile the flexibility introduced by EFSS with existing access controls and the total file system footprint that already resides in the data center.

This sudden explosion in file sharing, and the way the enterprise is approaching it, feels a lot to me like the way the media world initially dealt with the rise of the World Wide Web. When the Web started to take off, I was responsible for technology at the New York Times. The Web offered near-instantaneous global distribution of news at a very low cost relative to print. It also allowed for better performance tracking for all forms of advertising.

This disruption was perceived to be so profound that whole new business units were formed to pursue a digital-only strategy. Several media companies ended up spinning out independent digital subsidiaries.

[ Want to learn more about the movement of information? Read The Great File Migration Is Underway. ]

Ironically, this separation in the core business resulted in dividing our efforts which, in many ways, distracted us from pursuing the best digital strategy. Eventually, the Web, with all its wonders, would become no more and no less than a must-have feature in news organizations. It didn't take long for media companies to recognize that the Web wasn't a separate business, but was rather becoming a part of its core business. Pretty soon, media companies' separate digital operations were reabsorbed and, today, digital is the primary means of media distribution.

Early in a technology cycle it is easy to lose perspective, to mistake a shiny new feature as a completely separate platform or business. That's what’s happened with EFSS. A couple of years back, only a handful of end users were popping up in corporate networks using their own favorite sync & share apps. Initially, individuals were simply looking for a way to access corporate files from any device without having to bother with a cumbersome VPN connection. 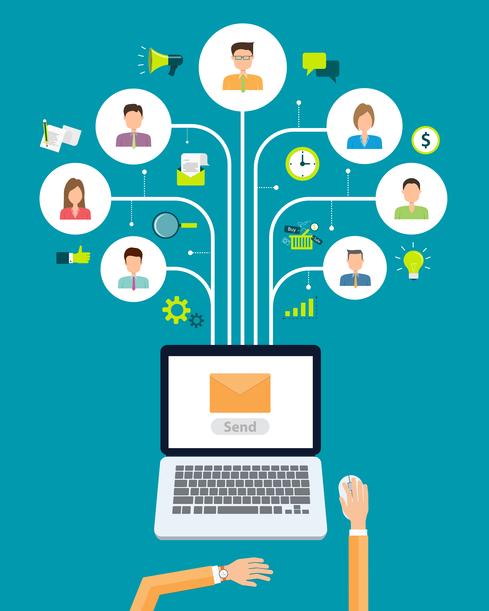 But pretty soon, employees who needed easy-to-use collaboration tools began using sync & share to share big files outside predefined corporate domains, and unapproved adoption really took off. An alarming number of corporate files found their way into personal sync & share accounts, leaving IT managers between a rock and hard place. The rock: shut down access to personal sync & share accounts, an approach that has proven hugely unpopular. The hard place: embrace sync & share and deploy an enterprise version, EFSS, as a parallel file system to everyone in the organization.

One huge problem, however, is that most organizations cannot migrate all of their files workloads to EFSS. The file systems and protocols available today in data centers evolved over decades to support a wide range of performance, scale and collaboration workloads. Network attached storage (NAS) consolidated all of the disparate file access protocols into a single, on-premises file storage platform that might be networked to other offices via VPN or the WAN. NAS vendors have been slow to introduce sync & share capabilities and EFSS, as it exists today, is suitable only to some variation of a user's home directory or "my documents" workload. That means that files end up in two places, NAS and EFSS, with users frustrated every time they need a file and discover that it is not where they expect it to be. The frustration for IT, which has to manage two parallel file systems, is even greater.

Files are at the heart of any business, from simple Microsoft Office documents to pictures, videos, design documents, software builds, and so on. Files are the clay that takes form in the hands of the knowledge worker. This new world of devices and distributed workforces demands that files be synchronized across every device we own, and we want the ability to share files easily with colleagues and with people outside our organization. It also demands everything that was true in the old world: supreme stability of the file data, versioning, scale, high performance, tight security, and access controls that track every interaction with a file.

The world of files managed through Active Directory and Windows Common Internet File System (CIFS) shares is on a direct collision course with the sync & share applications. Here is what IT cannot do: have two separate file systems to manage different modes of access. AD/CIFS versus mobile makes no sense. Microsoft, which makes Windows File Server, the most popular NAS in the world, also makes One Drive, its take on EFSS, yet the company has made no serious attempt to integrate both systems.

Having multiple separate file systems introduces complexity, adds cost, and generally makes a mess of things. Organizations depend on having one, and no more than one, authoritative version of every file that matters to the business. It's the only way to protect information, track changes, and even audit end-user interactions in a consistent and scalable manner.

The worlds of NAS and EFSS are on a collision course, much like the digital and print distribution models of the media industry. EFSS capabilities are making their way into NAS as another way to access files. Meanwhile some of the EFSS vendors have introduced NAS appliances in order to support a broader range of data center workloads.

The strategy for IT is becoming clear. We cannot continue to ignore sync & share capabilities, but we also cannot afford the soaring complexity of artificially having to support disparate file storage platforms. IT leaders should identify the full range of file workloads necessary to support their organization, then pick a single file system that caters to them all.

Andres Rodriguez is CEO of Nasuni, a supplier of enterprise storage using on-premises hardware and cloud services, accessed via an appliance. He previously co-founded Archivas, a company that developed an enterprise-class cloud storage system and was acquired by Hitachi Data ... View Full Bio
We welcome your comments on this topic on our social media channels, or [contact us directly] with questions about the site.
Comment  |
Email This  |
Print  |
RSS
More Insights
Webcasts
Take DevOps to the Next Level
How the Rapid Shift to Remote Work Impacted IT Complexity and Post-Pandemic Security Priorities
More Webcasts
White Papers
2020 SANS Enterprise Cloud Incident Response Survey
The Top 5 Mistakes Everyone is Making in Vulnerability Remediation
More White Papers
Reports
Gartner Market Guide for Insider Risk Management Solutions
DNS Network Traffic Volumes During the 2020 Pandemic
More Reports

Andres, You are right, there's should be one file system that all applications can work with. But that has never been the case in the enterprise. You are calling for a new age, I'm with you, and good luck on that. I just worry I won't be here when Nirvana arrives.
Reply  |  Post Message  |  Messages List  |  Start a Board
Editors' Choice
Hot Topics