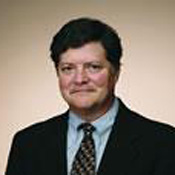 It's that time when everyone reveals their predictions, from the staid to the outlandish. Economists polled by The Wall Street Journal can't decide whether inflation is a threat, but a psychic interviewed on "Coast to Coast" is certain that radio personality Dr. Laura Schlessinger will discover that she's a remarkable singer.

It's that time when everyone reveals their predictions, from the staid to the outlandish. Economists polled by The Wall Street Journal can't decide whether inflation is a threat, but a psychic interviewed on "Coast to Coast" is certain that radio personality Dr. Laura Schlessinger will discover that she's a remarkable singer.Stepping around such tough topics as the possibility of more UFO sightings in 2007 and what that might mean, we at Intelligent Enterprise stuck to stuff we know, offering seven big trends influencing both IT implementation and business change in industries such as health care. We largely chose not to focus on individual technologies, although we did note the influence of "real time" objectives on BI, business integration priorities on the development of SOA, and the software community's imperative to master computer parallelism if applications are to gain performance benefits from new computer architectures. Stephen Wellman, in his blog for InformationWeek.com, relates the predictions of "futurist and technology guru" Mark Anderson. One is that "parallel computers will take off." Alas, they won't unless we have truly reached "the end of the 'La-Z-Boy' programming era," and we see researchers and practitioners address "the biggest challenge and opportunity to face the IT industry in 50 years," to quote long-time expert David Patterson in his essay for Intelligent Enterprise.

Wellman notes that Anderson also expects to see cell phones turned into mobile wallets. "This will create a battle between Visa and Mastercard on one side and the [wireless] carriers on the other." It will be interesting to see how this might influence advertising and marketing, which most expect will continue to move online. FeedBurner CEO Dick Costolo, quoted at www.midwestbusiness.com, predicts the development of new online advertising metrics "that measure customer engagement [and] provide further impetus for the migration of ad dollars online."

If more and more transactions go mobile, however, companies will have to be careful not to build inflexibility into their online advertising metrics and supporting business rules and processes. What if future consumers can simply zap bar codes or sensors embedded in print advertisements to make purchases? Who needs a computer when you can buy something out of a magazine while sunning yourself on a sandy beach or commuting on the train?

Rather than a medium for mere transactions, many prognosticators are most excited about the potential of Web 2.0 and social networking tools, which could revolutionize the online world by enabling vibrant communities tailored to pre- and post-sales customer behavior, collaboration and interaction (among other things, of course). Entrepreneur Howard Tullman, also quoted in www.midwestbusiness.com, sees the development of tools that "permit users to assemble and build their own social networks rather than adopt or accept existing ones and the frameworks they require."

Tullman believes that "more marketing dollars will be spent in the field in all kinds of event- and activity-driven marketing." He sees IT systems as critical to managing the "huge flow of data concerning these fluid and very critical populations." Of course, where there's data, there will be rising demand for business intelligence, data mining and other analytics.

Probably the best bywords going into 2007 are "flexibility" and "agility." Companies have to employ applications and systems in ways that don't limit options, but rather expand them.

Best of luck on your adventures in the New Year!

We welcome your comments on this topic on our social media channels, or [contact us directly] with questions about the site.
Comment  |
Email This  |
Print  |
RSS
More Insights
Webcasts
Unifying Your Endpoint Security Strategy
Fact or Fiction? The Truth About Cloud Native Security
More Webcasts
White Papers
The 2021 Security Outcomes Study
Why DLP Has Failed and What the Future Looks Like
More White Papers
Reports
State of the Intelligent Information Management Industry in 2021
Cortex XDR Rides the Forrester Wave as a Leader
More Reports
Copyright © 2021 UBM Electronics, A UBM company, All rights reserved. Privacy Policy | Terms of Service