Easy access to government online has gone from being nice-to-have to being necessary in the "open government" era, with many government websites taking advantage of modern designs and technologies to help do the trick. All too often, local, state and federal governments and government agencies do far too little to reach out to citizens on the web. Many governments and agencies are stuck in the 1990s era of tacky animated images, an over-abundance of white space, and confusing arrays of links. Ho 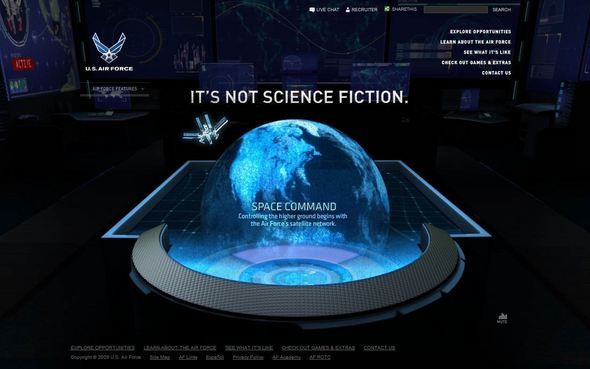 Take the Air Force, for example. It's not the official, ".mil" U.S. Air Force site, but the Air Force's recruitment site at airforce.com has a stunning launch page replete with crisp three-dimensional interactive graphics and embedded video. Dig into the site a bit, and you'll find detailed games designed to teach visitors more about the Air Force. It's a great representative of what a good government Website should be all about.

Many Americans do believe the government should be more transparent and engage better with its citizens, according to a survey commissioned by cloud-based software vendor RightNow Technologies. Ninety-six percent of respondents said the government could improve how it engages with citizens, and agreed that technology -- in particular the web -- was a good way to do it. But they doubt the government will catch up to commercial organizations and their skill in using the web to reach customers. Seventy-three percent said that improving website usability was the best way for the government to tactically engage with the public, while 52 percent said that creating an agency-branded forum or community would also help. Using the web to access government services via email, web community, chat and social-networking sites also was a popular means of engagement, with 77 percent of respondents saying they would like to engage that way.

Who's Who In U.S. Intelligence