Internet Explorer and Microsoft Edge are losing marketshare as users make the jump to Google Chrome.

It seems that Microsoft's days of browser dominance are coming to an end. Google Chrome is taking over the competition and stealing marketshare from Internet Explorer and Microsoft Edge.

Edge and Internet Explorer had a bad month in February 2016, when the browsers lost a combined 2.1% of user share. This marks the largest one-month drop noted in 11 years, reported ComputerWorld, which has recorded the stats for the time period.

The data, which comes from metrics vendor Net Applications, says that, combined, versions of Internet Explorer and Microsoft Edge reached 44.8% during the month of February. This marks a pretty significant drop for the browser, which accounted for 57.4% of user share in February 2015.

[These tech jobs were hit hardest by layoffs in 2015.]

By December 2015, less than 50% of people online were using Internet Explorer, which continues to lose share at a steady pace. If its decline continues at the rate set over the last three months, it will have less than 40% of users in May.

The decline of Internet Explorer occurred alongside the rise of Google Chrome, which closed out the month with 36.6% user share, the report continues. This marks a 1.5% jump from January 2016 and 11.9% increase from one year prior.

Microsoft first announced the demise of Internet Explorer in March 2015, when it confirmed a new browser, then code-named Project Spartan, would become the default option in Windows 10. Microsoft Edge arrived with the new OS and brought extension support, Cortana integration, and a new markup tool.

Those who continued to run older versions of IE would make their PCs vulnerable to hackers.

"End of support means there will be no more security updates, non-security updates, free or paid assisted support options, or online technical content updates," Microsoft executives wrote in a blog post on the news.

Perhaps it was necessary to force users into a browser switch, but the decision isn't working in Microsoft's favor. IE users contemplating their next browser seem to be switching to new providers, and the trend doesn't appear to be slowing anytime soon. 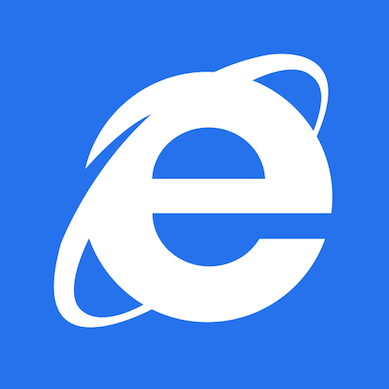 The pattern found in Net Applications' data is further supported by information from the Data Analytics Program (DAP), a unified Google Analytics account for US federal government agencies. The DAP aims to learn how people use government services by anonymously analyzing device information: operating system, browser, device type, and visitors per city.

DAP data has Chrome in the lead, however, with 42.5% of marketshare over the 90 days preceding March 2. Safari comes in second, with 21.4%, and the combined share of all Internet Explorer editions makes up 21%. Edge, which is separate from IE in the government's data, accounts for 2.3%.

It's worth noting Mozilla Firefox is also gaining some strength in the race for browser share. According to Net Application's numbers, Firefox increased 0.3% to hit 11.7%, the same percentage it had in February 2015. DAP has Firefox at 8.4%, comfortably between IE and Edge.

It will be interesting to see how the growth of Edge, specifically, continues to grow as more people transition to Windows 10. Microsoft recently increased its aggression on the upgrade strategy: Hardware with new CPUs will not be able to run Windows 7 or Windows 8.1.

This means organizations contemplating new devices would upgrade to Windows 10. Those planning to stick with current devices will also feel the pressure, as "Get Windows 10" alerts begin to appear on business PCs.

Kelly Sheridan is the Staff Editor at Dark Reading, where she focuses on cybersecurity news and analysis. She is a business technology journalist who previously reported for InformationWeek, where she covered Microsoft, and Insurance & Technology, where she covered financial ... View Full Bio
We welcome your comments on this topic on our social media channels, or [contact us directly] with questions about the site.
Comment  |
Email This  |
Print  |
RSS
More Insights
Webcasts
Zero Trust for a Work-From Home World
Nip Ransomware in the FUD: Detecting Attacks Pre-Encryption
More Webcasts
White Papers
Why Add Security to Your Skill Set and How to Do It
The Infoblox Q4 2020 Cyberthreat Intelligence Report
More White Papers
Reports
Special Report: Edge Computing: An IT Platform for the New Enterprise
DNS Network Traffic Volumes During the 2020 Pandemic
More Reports

Wow more horror stories. I worked for a number of companies that forced customers to use IE for Silverlight, etc. But that was about the only reason to stay on that platform. Chrome was so much better. Edge is a bigger memory hog and many websites do not support it! Supposedly (according to MS), Edge is loaded with security features that make it superior to any other browser. Somehow i doubt that. I keep out of it as much as i can and make sure all my security software is fully operational and updated.
Reply  |  Post Message  |  Messages List  |  Start a Board

MS just keeps shooting themselves in the foot when it comes to IE. In theory, IE is our std browser in our global company because we are Windows/Active Directory based. We also implemented WSS 3.0 (free Sharepoint 2007) many years ago, which would not run in any other browsers like Chrome. Heck, it needed Quirks mode just to run in IE.

So I upgraded my local biz unit Sharepoint to 2013 foundation last summer, expecting to get rid of Quirks mode and let it work in other browsers. That worked while using IE8 or IE9, and it did work in Chrome. But then IE11 showed up, pushed by end of support for 8.9 and 10. It sucks with SP 2013. SP 2013 doesn't support Edge, tries to force IE10 emulation with X-UA meta tag. But that doesn't even work, unless you put site in Compat View Settings, many things just do not work. I've been looking for tech reasons for that and have basically struck out, it's just gotten too complicated what the rules are in that world of browser detection.

So Sharepoint, one of MS prizes, has it's current version work better with Chrome. Ridiculous. And I'm not seeing where upcoming SP 2016 makes this any better. All they did was focus on "cloud hybrid" ability instead of core usability in their own browser!

Another great IE/Chrome story: I wrote an Extjs (HTML5) dashboard app which runs from browser on thin clients on shopfloor. It makes server calls every 30 seconds to get PLC data saying if machine up/down and how fast it is running versus target speed. So I deployed Win 7 embedded bricks, which of course ran IE, and mounted monitors by the machines for supervisors to review when they came by.

It didn't work, had to install and run app in Chrome. Seems IE detected my application as an "endless loop" and just shut it down after a couple of hours, nothing I could do about it. Nice work MS.
Reply  |  Post Message  |  Messages List  |  Start a Board

Certainly there has been a decline in some features with Chrome since it came out. The unreleased memory is one of them. You basically have to shut Chrome down or reboot to get the memory back. There must be some security issue going on here. But as bad as some of these issues are, it is still a better browser than IE. Edge is not so great with the memory either. Edge is a memory hog, and gets worse with the more tabs you open up and keep open.
Reply  |  Post Message  |  Messages List  |  Start a Board

Ashu001: Something really changed at Symantec. It is shocking how poor their website is. They are supposedly focussing on internet security but you would never think it given their site. Plus the site seems to be asking people to trust it based on past reviews by PC journals and magazines.

I did a lot of research on security software and found Kaspersky has the overall best reviews. And yes they seem to be able to protect Edge. In any case it makes no difference to me since I prefer Chrome!
Reply  |  Post Message  |  Messages List  |  Start a Board

Most interesting but not really surprising(to me personally).

A lot of folks have told me that Symantec Services have declined appreciably over the last 5-6 years or so as it got bigger.

I switched away from Symantec in 2007 and have'nt looked back since!

Kaspersky is a good choice!

So they had good support for Edge Browser as well?

Symantec was useless. They just have telephone reps on the line, nobody technical who could answer questions. I went and bought Kaspersky internet security instead which was very highly rated.
Reply  |  Post Message  |  Messages List  |  Start a Board

Ashu001, No they did not go into detail and i doubt the guy on the phone even could go into detail! He had just mentioned that MSFT did not provide hooks into Edge to any of the security companies. In any case I decided not to get their product as their website had very poor product information and i did not like having to go through so many people to get simple answers.
Reply  |  Post Message  |  Messages List  |  Start a Board

Would love to hear if you have heard back from Symantec about the queries I had posted earlier?

This is most interesting(&insightful) I must add.

Did Symantec Rep tell you,why exactly MSFT does'nt want anybody to tamper with Edge at this point?

Could it be the numerous Holes in Symantec Software(which are routinely bait for attackers)?

I spoke with Symantec the other day to enquire about their Internet Security software. On the spec page it mentions that it is not compatible with Edge. The guy on the phone told me that MSFT has not allowed anyone to place add in's in Edge. I told him that would lead to security issues and he said that Symantec recommends using Chrome.

It is not a question of Symantec not wanting to work with MSFT. MSFT is not working with anyone regarding Edge at this point.
Reply  |  Post Message  |  Messages List  |  Start a Board
Page 1 / 2   >   >>
Editors' Choice
Hot Topics