It has been a busy week for Microsoft, which started the fall season with news of Exchange Server 2016, Azure Data Lake, revamped financial reporting structure, and announcements of its flagship store openings. That doesn't even cover the Windows 10 privacy update.

Tuesday brought the start of AzureCon, a virtual event in which Microsoft announced a series of changes to the Azure cloud. Applications for the Internet of Things, increased security, and Linux container orchestration will be made available in Azure cloud operations.

Its broader set of cloud services demonstrates Microsoft's commitment to the cloud and Azure's advancement as a more mature platform.

Users of OneDrive for Business will be happy to learn the server has been updated with a new UI and more reliable sync client for Windows and Mac devices. The new sync client is available for preview.

Some of the changes you'll see in the OneDrive UI include a command bar with responsive design, more informative Details pane, enhanced sharing capabilities, and the ability to switch between tree and list view.

This week brought the full rollout of Exchange Server 2016, which became generally available Oct. 1 to on-premises customers. The launch follows a two-month preview period that started at the end of July.

The latest version of Exchange was built in the cloud. It contains a few new tools and improvements, including a new Outlook for Web, e-discovery capabilities, document sharing tools, intelligent search, greater extensibility, simplified architecture, and higher availability.

A week in Redmond wouldn't be complete without an update on Windows 10. Following the backlash from customers concerned about their privacy, Microsoft's Executive Vice President of Operating Systems Terry Myerson gave a detailed explanation of how Windows 10 uses your personal data and how you can disable certain capabilities. 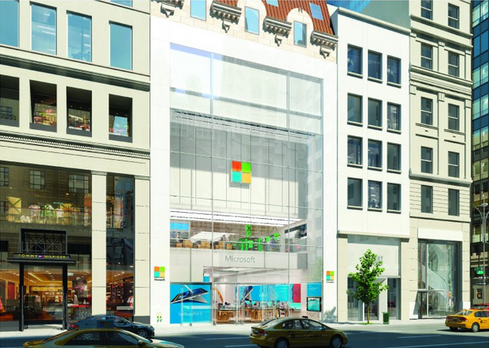 Microsoft has reported a shakeup to its existing financial reporting structure, which will go into effect on its next earnings call for the first quarter of its fiscal 2016 calendar.

Readers local to NYC can stop by the new Microsoft flagship store, which will open officially Oct. 26. The massive retail space will span five floors and 22,269 square feet. The second-largest flagship location will open in Sydney, Australia, on Nov. 12.

Finally, there was peace between tech giants this week as Microsoft and Google decided to abandon the 20 patent lawsuits they had against each other. This agreement, which also drops lawsuits involving Motorola, puts an end to courtroom battles over technologies including mobile phones, WiFi, patents used in Xbox consoles, and other Windows products, Reuters reported.

Tune in next week, when we'll be reporting on Microsoft's Oct. 6 Windows 10 hardware event.

Kelly Sheridan is the Staff Editor at Dark Reading, where she focuses on cybersecurity news and analysis. She is a business technology journalist who previously reported for InformationWeek, where she covered Microsoft, and Insurance & Technology, where she covered financial ... View Full Bio
We welcome your comments on this topic on our social media channels, or [contact us directly] with questions about the site.
Comment  |
Email This  |
Print  |
RSS
More Insights
Webcasts
The Failures of Static DLP and How to Protect Against Tomorrow's Email Breaches
Strategies for Success with Digital Transformation
More Webcasts
White Papers
A Technical Deep Dive on Software Exploits
Five Reasons to Protect your VPN with Multi-Factor Authentication
More White Papers
Reports
IDC FutureScape: Worldwide Digital Transformation Predictions
DNS Network Traffic Volumes During the 2020 Pandemic
More Reports