This week Microsoft published a website detailing future Windows 10 updates, sued the US government over data privacy, and updated Skype for Business on iOS and Android.

Over the last five days, Microsoft made several announcements, launched new projects, and updated existing products and services. Much of its news targeted the enterprise, and business users should take note.

This week marked the start of a public preview for Project Madeira, a new collection of cloud-based apps for small and mid-size businesses (SMBs). Project Madeira runs on Azure and is built on the Dynamics NAV platform, along with other Microsoft technologies.

[Microsoft and Facebook claim they pay women and men equally.]

OneDrive for Business was revamped with a series of spring updates, including new features for browser, mobile, and sync user experiences, in addition to new IT admin controls. Many of the updates affected its Next Generation Sync Client, now known as the OneDrive sync client, which was first announced in December.

There are several changes arriving for business clients over the coming weeks. OneDrive for Business will be integrated with new Office capabilities such as real-time co-authoring, sharing documents within the app, and opening files from Most Recent.

Sync updates include IT controls to manage bandwidth consumption, document library sync for SharePoint Online, and simpler link and file sharing in Windows Explorer. Mobile updates include the availability of Outlook Mobile in OneDrive for Business on iOS and Android, so that users can share files via email.

Windows 10 updates included a roadmap detailing new features arriving for business PCs in the coming months. The roadmap was created to keep business users updated on what Windows 10 features were recently released in public preview, which ones were still being developed and tested, and those that are no longer in the works.

Microsoft also rolled out its first Current Branch for Business build to enterprise devices since Windows 10 launched in July 2015. Build 10586, which underwent a longer test period to ensure it was business-ready, was first released to Insiders in November 2015, and will appear on enterprise PCs over the coming weeks.

When the Blue Screen of Death appears on Windows 10 PCs, it will now have a QR code with notes to help users with troubleshooting. Scanning the QR code will give users access to more information about the BSOD, and possible fixes, by taking them to a support site or by letting them call IT support and read out the stop code information.

Insiders running the preview builds for Windows 10 Mobile on the Fast ring received Build 14322. Updates include a new appearance for the Action Center and Notifications, the option to prioritize alerts and quick actions in Action Center, new ways to create reminders with Cortana, and updates to Battery settings and Windows Update. 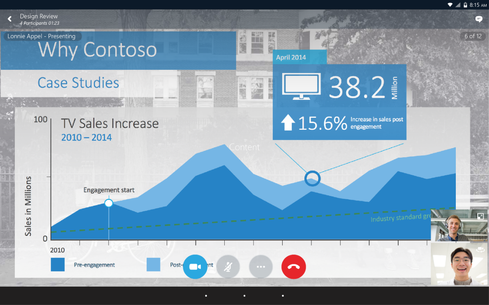 Other mobile news included Skype for Business updates on iOS and Android. Android can now view a presenter's desktop and apps shared in a meeting. Content viewing has been improved on iOS for a smoother experience. For example, there's less of a delay between when the presenter shows content and when you see it.

As of this week, Microsoft is the latest tech company to spark a privacy-related legal wrangle with the US government. Redmond is suing for the right to inform customers when federal agencies are rummaging through their email, Reuters reported.

Microsoft argues the government is violating the Constitution because it does not allow the company to notify customers when federal requests are made for their personal documents. The focus of this case is data stored on remote servers, which Microsoft says provide a new avenue for the government to search user data.

Kelly Sheridan is the Staff Editor at Dark Reading, where she focuses on cybersecurity news and analysis. She is a business technology journalist who previously reported for InformationWeek, where she covered Microsoft, and Insurance & Technology, where she covered financial ... View Full Bio
We welcome your comments on this topic on our social media channels, or [contact us directly] with questions about the site.
Comment  |
Email This  |
Print  |
RSS
More Insights
Webcasts
What We Can Learn from Sports Analytics
Protecting Your Enterprise's Intellectual Property
More Webcasts
White Papers
Improving Your Enterprise's Protection With Cyber Resilience
Top Threats to Cloud Computing: The Egregious 11
More White Papers
Reports
The Malware Threat Landscape
Evolution of Ransomware Gangs
More Reports

"When the Blue Screen of Death appears on Windows 10 PCs, it will now have a QR code with notes to help users with troubleshooting. Scanning the QR code will give users access to more information about the BSOD, and possible fixes, by taking them to a support site or by letting them call IT support and read out the stop code information."

I have to ask myself, is this really better?  Over the decades that I've been seeing blue screens of death the vast majority of the stop codes were so generic it wasn't helpful to look up and just lead to more frustration.  The infamous IRQL NOT LESS OR EQUAL for example.  Even in Win 10's Event Viewer three is still a lot of error codes that go nowhere on Microsoft's own support site.  I suspect the QR codes will just be a faster way to get to those empty sites.

10 IT Trends to Watch for in 2021 Cynthia Harvey, Freelance Journalist, InformationWeek,  12/22/2020
White Papers
What To Consider Before Renewing Your SD-WAN
Zero Trust Evaluation Guide
The Insecure State of Microsoft Teams Security
From MFA to Zero Trust
Passwordless: The Future of Authentication