A lawsuit filed by Teradata alleges that SAP lured the company into a joint venture to develop a bridge database for analytics. Soon after it was created and proven in a customer site, SAP pulled the plug. But a few days later it introduced HANA, which did the same thing.

Alleging trade secret misappropriation, copyright infringement, and antitrust violations, database and analytics company Teradata has filed suit against ERP giant SAP, saying that its HANA in-memory database uses technology stolen from Teradata. The suit, filed in the US District Court for the Northern District of California, is seeking monetary damages and an injunction barring what it says is SAP's illegal conduct.

Those damages could hit billions of dollars, according to Teradata's accounting of HANA's revenues, which reached $2 billion by 2016, not including additional licensing sales.

According to Teradata, in 2008, "SAP lured Teradata into a purported joint venture in order to gain access to Teradata's valuable intellectual property. SAP's purpose for the joint venture was to steal Teradata's trade secrets, developed over the course of four decades, and use them to quickly develop and introduce a competing though inferior product, SAP HANA." 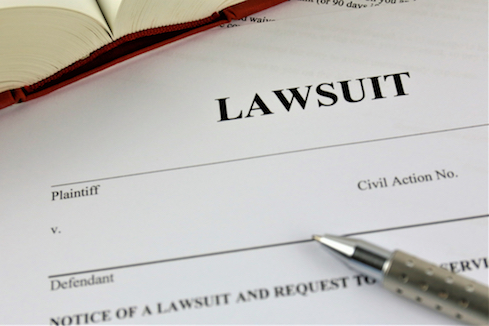 SAP responded to news of the lawsuit with the following statement: "SAP was surprised to learn of the complaint filed by Teradata earlier today in the US District Court for the Northern District of California. Although SAP generally does not comment on pending litigation, SAP may issue a statement, if appropriate, after it has had an opportunity to review the complaint."

Teradata's suit alleges that SAP could not have so quickly developed and marketed HANA in the first place unless SAP had stolen Teradata's trade secrets.

According to the Teradata complaint, SAP and Teradata created a joint venture called the "Bridge Project" in 2008 to create an integrated system to enable SAP's ERP applications customers to gain access to better analytics by bridging the gap between the transactional database backend (usually provided by companies such as Oracle or Microsoft) and the analytical workload database (often provided by Teradata). The solution, Teradata Foundation, was rolled out at one major customer and several other potential customers were identified, according to Teradata. At the same time, SAP was developing HANA as a competing database.

Teradata said SAP terminated the joint venture with Teradata two months after the general release of HANA in 2011, and stopped supporting, selling, or marketing Teradata Foundation. A few days after that termination, SAP announced HANA for SAP BW, a product which essentially does the same thing that Teradata Foundation was intended to do, according to the Teradata complaint.

In 2015 SAP rolled out its next generation ERP, CRM, and SRM system SAP S/4HANA, pitched as a simplified business suite and backed by SAP's in-memory database. Unlike previous versions of SAP's enterprise application software which could use transactional databases from other companies such as Oracle, Microsoft, and EDAW systems from companies such as Teradata, S/4HANA requires the use of SAP's HANA database. Customers who upgrade to SAP's next generation ERP system are also migrating to this SAP database, away from whatever databases they were previously using. Teradata says in its lawsuit that SAP is compelling customers to upgrade to HANA by ending support for its previous generation ERP applications that use competitive back-end databases.

SAP has estimated that 50% of its customers will migrate to SAP S/4HANA by 2020.

Teradata's lawsuit says that the company only learned the alleged theft when German magazine Der Spiegel published an article in September 2015 about an internal SAP auditor, since terminated from SAP, who had drawn that conclusion. Teradata noted in its lawsuit that the architect behind HANA development, Vishal Sikka, also left the company after that internal audit.

Jessica Davis is a Senior Editor at InformationWeek. She covers enterprise IT leadership, careers, artificial intelligence, data and analytics, and enterprise software. She has spent a career covering the intersection of business and technology. Follow her on twitter: ... View Full Bio
We welcome your comments on this topic on our social media channels, or [contact us directly] with questions about the site.
Comment  |
Email This  |
Print  |
RSS
More Insights
Webcasts
Nip Ransomware in the FUD: Detecting Attacks Pre-Encryption
Cybersecurity's Next Wave: What You Should Know
More Webcasts
White Papers
Why Add Security to Your Skill Set and How to Do It
Protection Strategies for a Cyber-Resilient Organization
More White Papers
Reports
Improving Security by Moving Beyond VPN
Are Unprotected Cloud Databases Leaking Your Data?
More Reports
Copyright © 2021 UBM Electronics, A UBM company, All rights reserved. Privacy Policy | Terms of Service