Microsoft turned heads on March 8, when it announced plans to bring its SQL Server software to Linux. Its decision marks the latest sign the company is abandoning its former status as a Windows-exclusive business.

Its plan is to let its SQL Server sit on top of a Windows server and give users the choice of porting it to a server running Linux. The move is intended to give Microsoft a competitive edge and expand its SQL Server market.

[Small budget? These IT projects should come first.]

The latest version of Dynamics AX launched in full on Azure this week, ending a preview period that started in November. Microsoft's flagship ERP software now reflects its cloud-first vision through integrations with other cloud-based services like Office 365, Power BI, Azure SQL, and Dynamics CRM Online.

Data analytics is a big part of Dynamics AX, which has Power BI embedded into the software. It also improves on the capabilities of Lifecycle Services (LCS), which lets businesses test new integrations before rollout, so that deployments are easier and more manageable.

This was a major week for both Skype and Skype for Business as the team expanded the availability of certain features and rolled out new ones.

Most significant is Project Rigel, a new initiative intended to broaden Skype for Business to organizations without advanced videoconferencing equipment. Users can connect displays or projectors to Office 365 with a Windows 10 device for touch control.

PSTN Conferencing and PSTN Calling, two features added to Skype for Business in November 2015, are being expanded to new geographies. The two services enable users to join meetings and make calls from their mobile devices, desk phones, and PCs.

Skype chat is now available on OneDrive and Office Online. You can use the tool to call or instant message Skype contacts from inside Word, Excel, PowerPoint, or OneNote files.

Windows 10 updates from this week include a report that Microsoft is internally testing a Bluetooth app for unlocking Windows 10 devices using a smartphone. The two devices would sync via Bluetooth so a phone could unlock the PC. 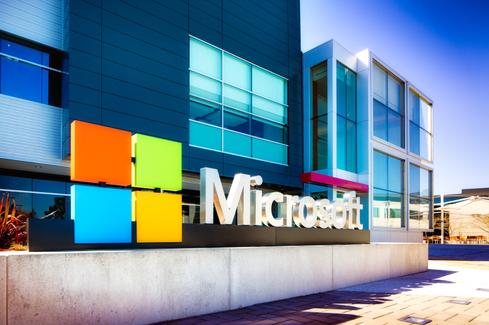 This is the company's latest move to eliminate the password for a more secure login process. Microsoft plans to build future versions of the app to provide notifications for multi-factor authentication approvals, one-time passcode create, and browser and VPN sign-in.

Windows 10 Mobile Insider Preview build 14283 hit the Fast ring this week. New mobile builds from the Development Branch are only available on devices that shipped with Windows 10 Mobile, which include the Lumia 950, 950 XL, 650, 550, Xiaomi Mi4, and Alcatel OneTouch Fierce XL.

New features include improvements to the Phone app and updates to Mail and Calendar in Outlook, including the ability to let people know "I'll be late" directly from meeting notifications. This build also fixes several minor issues from previous build 14267.

SalesforceIQ Inbox brings additional features to Outlook, including an option to insert pre-written messages and see when recipients are engaging with your emails. This integration marks the latest step in a growing partnership between Microsoft and Salesforce.

Kelly Sheridan is the Staff Editor at Dark Reading, where she focuses on cybersecurity news and analysis. She is a business technology journalist who previously reported for InformationWeek, where she covered Microsoft, and Insurance & Technology, where she covered financial ... View Full Bio
We welcome your comments on this topic on our social media channels, or [contact us directly] with questions about the site.
Comment  |
Email This  |
Print  |
RSS
More Insights
Webcasts
Zero Trust for a Work-From Home World
Detecting and Preventing Insider Data Leaks
More Webcasts
White Papers
Why Add Security to Your Skill Set and How to Do It
Enabling Enterprise Resiliency Through Cyberthreat Detection
More White Papers
Reports
Are We Cyber-Resilient? The Key Question Every Organization Must Answer
2020 State of Cybersecurity Operations and Incident Response
More Reports