The US District Court in Las Vegas has granted Oracle's motion for partial summary judgment in its case charging Rimini Street with infringing its software copyrights.

In a statement released by Oracle, the company said the district court judge had dismissed the counterclaims in granting the partial summary judgment. The court found statements "that Rimini had engaged in 'massive theft' of Oracle's intellectual property are true."

"The court found that Rimini Street had downloaded 25 copies of Oracle's database software and possessed over 200 copies of this software, even though Rimini's downloading, possession and use of this software was unlicensed," Oracle said.

Both parties are to submit pre-trial statements to the court within 60 days. 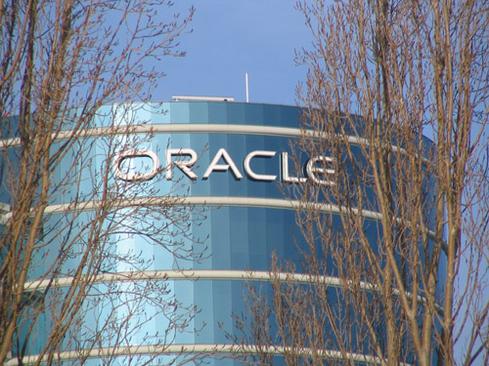 "The court's ruling today, like the court's ruling in February, is an important vindication of Oracle's intellectual property rights," Oracle attorney Geoff Howard said in the statement. "After today's ruling, Rimini can no longer deny that it engaged in 'massive theft'… We look forward to holding Rimini Street and [CEO] Seth Ravin accountable at trial for the damages caused by their misconduct."

No feedback from Rimini Street was available at press time.

Rimini Street was founded in 2005 to supply technical support to Oracle database and application customers at a lower price than Oracle, which charges 22% or more of the customer contract per year. To provide that support, Rimini Street gave customers the option of downloading their copies of Oracle software to generate a test environment in a Rimini Street data center. In 2012, the firm halted the practice for new customers. This February, Rimini advised customers that the firm would no longer host such test environments. Customers would have to provide them in their own data centers.

In a letter to customers, Ravin minimized the change, saying, "Only some portion of PeopleSoft, JD Edwards and Siebel clients over the years selected the Rimini-Hosted Environment model," but it's likely that a significant percentage had opted for Rimini to host the test environments. Rimini Street has 575 customers, according to its website.

Oracle sued another third-party support provider on similar issues. TomorrowNow was purchased by SAP in 2005, and soon after Oracle filed suit against it. A jury found in favor of Oracle in 2010 in that case, awarding it $1.3 billion. US District Judge Phyllis Hamilton overturned the jury's award in August 2011, calling it "grossly excessive."

SAP closed the TomorrowNow unit, helped migrate customers back to Oracle support, and paid Oracle $306 million to avoid going to retrial. But Oracle was unhappy with the $272 million award set by Hamilton and appealed in 2012, seeking another $1 billion in payment.

Network Computing's new Must Reads is a compendium of our best recent coverage of data backup and protection. Learn what you should consider before choosing a cloud backup service, why you must reduce your data footprint if you're going to protect data, and more. Get the new Data Backup & Protection issue of Network Computing Must Reads today (free registration required).

Charles Babcock is an editor-at-large for InformationWeek and author of Management Strategies for the Cloud Revolution, a McGraw-Hill book. He is the former editor-in-chief of Digital News, former software editor of Computerworld and former technology editor of Interactive ... View Full Bio
We welcome your comments on this topic on our social media channels, or [contact us directly] with questions about the site.
Comment  |
Email This  |
Print  |
RSS
More Insights
Webcasts
Monitoring Critical Cloud Workloads
Disaster Recovery/Business Continuity in the New Normal
More Webcasts
White Papers
The State of Zero Trust Security Strategies
The State of Zero-trust Security Strategies
More White Papers
Reports
Future Proofing Your Network for 5G
2021 Application Security Statistics Report Vol.1
More Reports

Lorna, that's possibly right, but for me to reply in full, you'd have to pay me like a lawyer, which I am not.
Reply  |  Post Message  |  Messages List  |  Start a Board

Seems like a mistake on Rimini's part to have initially hosted some instances in its own data center. However, if the software is in the data center of the company that purchased the licenses, it's hard to see how Oracle has a legal beef, right?
Reply  |  Post Message  |  Messages List  |  Start a Board
InformationWeek Is Getting an Upgrade!