A week that brought updates to Office for Mac 2016, Power BI, and Windows 10 also included a massive round of job cuts at Microsoft.

There's never a calm week in Redmond. Over the Independence Day holiday weekend, Windows Insiders toyed with the third Windows 10 preview build to launch during the week of June 29.

The Windows 10 updates continued through Monday, when the tech community caught word that a release-to-manufacture (RTM) build would launch by the end of the week. PC manufacturers will receive the OS before it starts rolling out on July 29.

While the RTM build has reportedly been pushed to next week, Neowin reports, Microsoft did roll out Build 10166 to its Fast ring of Insiders crew.

Like the builds released last week, Build 10166 emphasizes bug-fixing and final polish for Windows 10. Insiders in the Seattle area get an added bonus in this build, which lets them test the Microsoft WiFi app. This new feature enables WiFi purchases through the Windows Store.

[ What's the story with Microsoft and mobile? Read: 5 Ways Microsoft Messed Up Mobile.]

In other Windows 10 news, this week marked the launch of the first startup with an exclusive focus on developing apps for HoloLens. Former Microsoft engineer Michael Hoffman and mobile entrepreneur Raven Zachary have joined forces to create Object Theory, a company that builds software for Microsoft's augmented reality headset.

"We are on a path to wearable augmented reality that will become a part of our everyday interactions and experience," said cofounder Zachary. "While we are not there yet, it's an inevitable outcome."

Windows 10 may be making headway, but Microsoft's mobile division continues to struggle. This week brought news of 7,800 job cuts, most of which affected the company's dying phone business and will be completed by the end of this year.

CEO Satya Nadella, who is driving the restructure of Microsoft's mobile sector, is committed to its first-party devices but views them as a smaller part of a larger ecosystem. Going forward, Microsoft will focus on enterprise smartphones, consumer-targeted flagship devices, and emerging markets as its three mobile categories.

As part of the mobile revamp, Microsoft will write down $7.6 billion in costs related to its acquisition of the Nokia Devices and Services division. 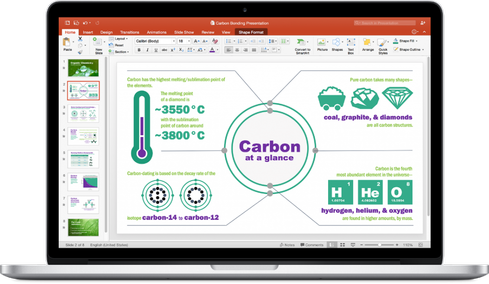 We also got an Office update this week. Microsoft has rolled out the full version of Office for Mac 2016, which is currently limited to Office 365 subscribers, but will become generally available in September.

This launch marks the end of a four-month preview period that started in March. During the beta testing period, Mac users provided more than 100,000 pieces of feedback to help shape the suite's development.

In more news on the productivity front, this week also brought a slew of updates to Microsoft's Power BI. The cloud-based data analysis service has gotten a major makeover over the last few months. An earlier wave of updates entered preview in December 2014.

After releasing Power BI as a standalone "freemium" service, Microsoft has taken extra steps to make data and data analysis more broadly available. Many of the service's new capabilities are now available in preview. Power BI will launch in full on July 24.

Kelly Sheridan is the Staff Editor at Dark Reading, where she focuses on cybersecurity news and analysis. She is a business technology journalist who previously reported for InformationWeek, where she covered Microsoft, and Insurance & Technology, where she covered financial ... View Full Bio
We welcome your comments on this topic on our social media channels, or [contact us directly] with questions about the site.
Comment  |
Email This  |
Print  |
RSS
More Insights
Webcasts
The Failures of Static DLP and How to Protect Against Tomorrow's Email Breaches
How Elite Analyst Teams are Transforming Security with Cyber Reconnaissance
More Webcasts
White Papers
Two-Factor Evaluation Guide
The 2020 Duo Security Trusted Access Report
More White Papers
Reports
Are Unprotected Cloud Databases Leaking Your Data?
Annual Global State of the WAN
More Reports