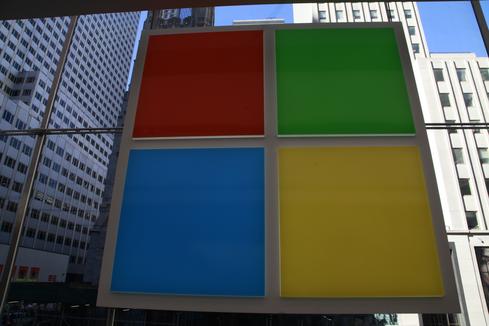 "Now that Nadella has been CEO for a little while, we're starting to see the fruits of his strategy, rather than the inherited strategy that he had," said J.P. Gownder, vice president and principal analyst at Forrester, who focuses on devices and platforms.

Nadella's direction during 2015 has put Microsoft in a good position as it heads into the new year. Its fast-growing device lineup and rate of adoption for Windows 10 put it in a strong position, Gownder continued.

At its Worldwide Partner Conference in July, Microsoft COO Kevin Turner explained how cloud, security, Windows 10, and competition would be the four key components to the strategic plan for its 2016 fiscal year.

"We need to own the cloud," said Turner, noting the ownership will involve strong focus on security and privacy across public, private, and hybrid clouds. Cloud technology will be used to disrupt industries, in particular the mobile space, he explained.

Kelly, what's this new windows hardware.  Whether they have any plan to roll out hardware business? Or you meant about surface and Lumina series devices.
Reply  |  Post Message  |  Messages List  |  Start a Board

I hope that in 2016 someone in the tech media has the balls to re-assess the actual profoundness of smart phones - not just the hype we have been spoon fed.  I think as long as we continue to believe that phones are all we need, R&D shops will continue to focus on mobile needs.  I don't know how much more innovation I really need to keep me busy on the bus......
Reply  |  Post Message  |  Messages List  |  Start a Board
Editors' Choice
Hot Topics