50%
Tweet
Microsoft has released the latest version of Visual Studio, as well as .Net. These help to expand the company's developer ecosystem to new platforms, including OS X and Linux.

This week, Microsoft released Visual Studio 2015 and .Net 4.6, a pair of developer tools that have been under development since last June.

Visual Studio is a developer ecosystem aimed at producing code that runs on all major platforms. It allows development to be done on Microsoft Windows, Mac OS X, or Linux.

This latest iteration of Microsoft's Visual Studio, which the company announced in a July 20 blog post, includes mobile development tools that allow programmers, using their own preferred languages, to build applications for iOS, Android, and Windows phones. VS 2015 offers support for C# 6, VB.NET 12, ASP.Net 5, and F# 4, as well as improved support for C++, TypeScript, and Python.

Specific tools for Windows 10 are expected on the July 29 release date. While Microsoft has been busy publicly marketing the new version of Windows for consumer use, the release of the new version of Visual Studio and developments from its partners conference earlier this month show the software giant is preparing developers to work with the new OS and expand its ecosystem. 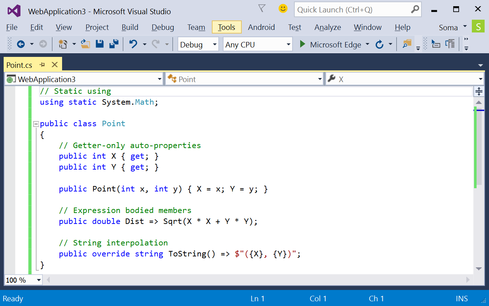 Visual Studio Community is an integrated development environment (IDE) that produces code that will run on Windows, iOS, and Android. Web applications and cloud services can also be generated. Building Web applications in the IDE by using the Node JavaScript server-side runtime environment is now possible.

Visual Studio Code is the standalone and somewhat basic code editor of VS 2015 that runs on Windows, Mac OS X, and Linux. It is a simplified IDE usable for more straightforward coding situations.

These graphs allow selection of a time period to investigate further.

PerfTips is a new feature that returns performance metrics about how a program is running up until a breakpoint is set by the programmer. 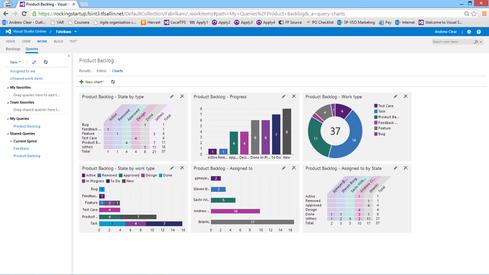 It is expected to be released in August.

VS 2015 makes sense for developers that use Microsoft tools. It extends the reach of those tools to other platforms rather than Microsoft's own. This development reflects the desire of the company to move beyond its own desktop platforms to embrace mobile operating systems such as iOS and Android as a way to bring its tools to a new generation of users.

Larry Loeb has written for many of the last century's major "dead tree" computer magazines, having been, among other things, a consulting editor for BYTE magazine and senior editor for the launch of WebWeek. He has written a book on the Secure Electronic Transaction Internet ... View Full Bio
We welcome your comments on this topic on our social media channels, or [contact us directly] with questions about the site.
Comment  |
Email This  |
Print  |
RSS
More Insights
Webcasts
IT Automation: Scaling to the Future
Thinking Like an Attacker: Strategies for Defense
More Webcasts
White Papers
Global Application and Network Security Report
2020 Security Trends to Watch
More White Papers
Reports
Collective Offense Calls for Collective Defense
Cyber AI: An Immune System for Email
More Reports