50%
Tweet
Microsoft will drop support for older versions of Internet Explorer, but getting people to upgrade could be easier said than done.

Microsoft will stop supporting older versions of Internet Explorer (IE) beginning in January 2016. Under the new policy, users who want security fixes and other updates will have to use the most current version of IE for their particular system. This means users of IE 8 will lose support altogether, while the number who qualify for IE 9 and IE 10 updates will be reduced.

For Windows 8 users who haven't upgraded to Win 8.1, the situation will be slightly different. Microsoft plans to support Windows 8 only until January 2016. So, to receive additional updates of any kind, Windows 8 users will have to upgrade to Windows 8.1 by the time the new IE policy takes hold.

In the past, Microsoft reps have argued that IE users should upgrade in order to enjoy the company's newest technologies and services. In a blog post that announced and explained the new policy, Microsoft reiterated this theme, emphasizing that as users standardize on the newest versions, developers are better enabled to deliver innovative Web experiences.

[Get up to speed on the patent wars. See Microsoft vs. Samsung, Explained.]

Some competing Web browsers that are popular with developers, such as Chrome, already use this approach, dropping support for older versions as new ones come down the pipe. Microsoft's IE ecosystem, in contrast, suffers from widespread fragmentation. This limits what developers can do with older versions that don't support modern standards and how invested those developers feel to keep writing for IE. Aware that its old methods aren't competitive, Microsoft has recently made gestures to make its IE development process more open and to galvanize developer interest in its browser.

Microsoft needs motivated developers to create compelling IE experiences, and it needs to move customers off of older, less secure versions -- so in most regards, its new plan makes sense. But it faces at least two potential stumbling blocks. 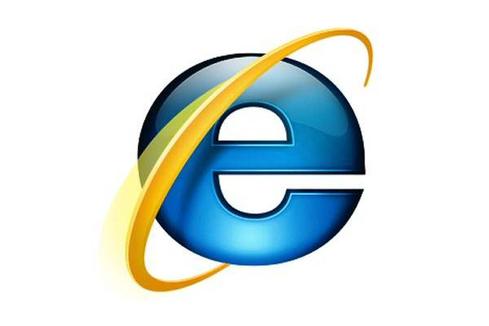 First, even if IE 8 is a comparative dinosaur, a lot of people still use it. In fact, according to Web-tracking firm Net Applications, it's the most-used browser in the world: more than one-fifth of PC users run it.

When Microsoft says, "Move along, it's for your own good," at least some faction of customers ignores the ultimatum, while some other group gets up in arms -- so the large base could pose problems down the road. After all, Windows XP lost support back in April, and around a quarter of PC users still haven't been persuaded to upgrade.

The second hurdle, which partly explains this upgrade resistance, involves business users. IE 8 was the default OS with Windows 7, the most popular OS in the world. Many businesses built apps for IE 8 that haven't been updated but that employees still use and need today. Will these businesses want to invest in developing for a new version of IE? If Microsoft can demonstrate the benefits, perhaps -- but if customers are already happy with what they have, there could be trouble.

In the blog post, Microsoft seems to have anticipated some of these challenges. The company said it will support Enterprise Mode, which allows users to safely run older IE apps, on Windows 7 until at least January 2020. It also acknowledged that "backward compatibility with legacy Web apps may be a cost-effective" option that many businesses will have to pursue.

The blog post also characterized enterprise use of aging IE apps as a "temporary" strategy, however, and reiterated that commercial customers should upgrade to modern browsers. Microsoft's definition of "temporary" may or may not mesh with its customers', but the company promised to "improve Enterprise Mode backward compatibility, and to invest in tools and other resources to help customers upgrade and stay up-to-date."

Technology is rising in importance in most companies, but is the IT department's importance and reputation also rising? InformationWeek is conducting a survey to determine how IT is perceived in the enterprise. Take the the IT Perception Survey today and be eligible to win a prize. Survey ends Aug. 15.

Michael Endler joined InformationWeek as an associate editor in 2012. He previously worked in talent representation in the entertainment industry, as a freelance copywriter and photojournalist, and as a teacher. Michael earned a BA in English from Stanford University in 2005 ... View Full Bio
We welcome your comments on this topic on our social media channels, or [contact us directly] with questions about the site.
Comment  |
Email This  |
Print  |
RSS
More Insights
Webcasts
Enterprise Database Strategies for 2020
Securing Active Directory the Way it Deserves
More Webcasts
White Papers
CyberSecurity Trends 2020
[eBook] Stronger as One: The Case for Collective Defense
More White Papers
Reports
The Threat from the Internet--and What Your Organization Can Do About It
The New Face of IT Automation
More Reports

@Daniel Honestly, what I think Microsoft needs to do is to get much better at giving users an OS they actually want and stop worrying about competing on the browser front at all. I get that the browser is interconnected into the OS and has been for ages, but Microsoft's real problems right now aren't its position in the browser wars, but rather the fact that it jams changes down the throats of its users with no regard for what they really want.

The disaster that was Windows 8 is complete proof of this. If a company that wasn't as established had come out with debacles like Vista and Windows 8, they'd be struggling to remain in business, much less struggling to remain relevant.
Reply  |  Post Message  |  Messages List  |  Start a Board

The real thing that got me to move off IE was that more viruses and malware seemed to get get past IE than Firefox. Fortunately, Norton caught all of them (so far), but why take more risk than I need to?
Reply  |  Post Message  |  Messages List  |  Start a Board

Microsoft needs to find better ways to force people to upgrade browsers. Google Chrome just updates itself - a concept that has been used in that browser for ages. Maybe Microsoft should pay attention to things like this.

Look, I get that Microsoft can't just update enterprise customers – even Chrome has a way to turn autoupdate off for businesses. But there has to be better iterative processes to make this easier for all stakeholders involved.
Reply  |  Post Message  |  Messages List  |  Start a Board

@Gary While it's true that no one actively tracks the development cycle of IE anymore, lots of people are still involuntary users -- largely because of restrictive corporate environments that don't support any other browser.

The combination of "plug in" technologies have become so widespread and reliable with auto-update features means people don't really have to think about browsers anymore at all. But aside from tech enthusiasts, I don't think a lot of people have switched either.

The integration issue will slowly start to fade now that enterprises have and/or are moving en masse to Windows 7. But my current consulting engagement has me at a major enterprise that has yet to move everyone to Windows 7 and won't until Q3.

In addition to SharePoint access, the only time I ever fire up IE anymore on this machine is for VPN access. There's just too much you can't do on old versions of IE now.
Reply  |  Post Message  |  Messages List  |  Start a Board

you make a good point about browsers integration. It's not a friendly integration, not user friendly anyway.
Reply  |  Post Message  |  Messages List  |  Start a Board

Gary you're not alone. Most people don't think about browser versions anymore.
Reply  |  Post Message  |  Messages List  |  Start a Board

@jastroff I believe most tech-savvy users are in the same camp as you. IMO, the only "real" reason IE hangs around is because it's tightly integrated not only with the OS, but with SharePoint, which is commonly used in the enterprise environment.

Even on my office PC, I use Chrome for daily tasks and would rather never fire up IE. But there are times when I don't have that option and I think that plus the fact that many would rather not have to fool with 2 browsers is the reason IE is still hanging on.
Reply  |  Post Message  |  Messages List  |  Start a Board

This article reminded me that I didn't even know what version Internet Explorer I have! How the mighty have fallen.
Reply  |  Post Message  |  Messages List  |  Start a Board

Interesting policies toward support for IE. MSFT was so late to the browser game, and now the browser is a powerful part of the infrastructure. Having recently compared IE to Chrome, I had to go with Chrome. IE was not a very good product, and seemed to come with too many quirks. The devil I know may be better than the devil I don't, but going back to IE seemed the wrong thing to do. I long for the simple days of Netscape.
Reply  |  Post Message  |  Messages List  |  Start a Board
Editors' Choice
Hot Topics