Mobile Data Labs, the company behind financial app MileIQ, is the target of Microsoft's most recent acquisition.

Microsoft announced on Nov. 5 its purchase of Mobile Data Labs, Inc. for an undisclosed amount. This is the latest in a series of acquisitions related to Redmond's goal of improving mobile productivity.

If Mobile Data Labs doesn't sound familiar, perhaps its MileIQ app does. The mobile finance tool is one of the most popular offerings in both the iOS and Android app stores.

MileIQ targets mobile professionals who frequently travel for work. It leverages the sensors in mobile devices to automatically capture and record time and miles driven for business so users can claim tax deductions on related expenses.

[Microsoft Dynamics CRM 2016 is getting a customer experience makeover.]

Microsoft reports the average MileIQ user can deduct $547 per month in business miles. The tool is on a 20-month streak of standing as the top-grossing app in the iTunes store.

When they cofounded the company in 2013, Dan Bomze and Chuck Dietrich shared the common goal of using data intelligence administrative processes for employees on the go. Now their startup has joined forces with Microsoft, which earlier this year adopted the core ambition of "reinventing productivity and business processes."

It doesn't appear that Microsoft has any immediate plans to shut down the MileIQ app, but to integrate its ideas, data intelligence, and technologies into existing Microsoft products and services.

"The team will continue to build and offer mobile productivity solutions and look to take advantage of insights from Office 365 and Office Graph," wrote Rajesh Jha, CVP of Outlook and Office 365, in a blog post on the news.

CEO Chuck Dietrich also adds, in a blog post on Mile IQ, his company intends to continue building "services for self-directed workers -- services like MileIQ that are automated, intuitive and give users back time, money and peace of mind." 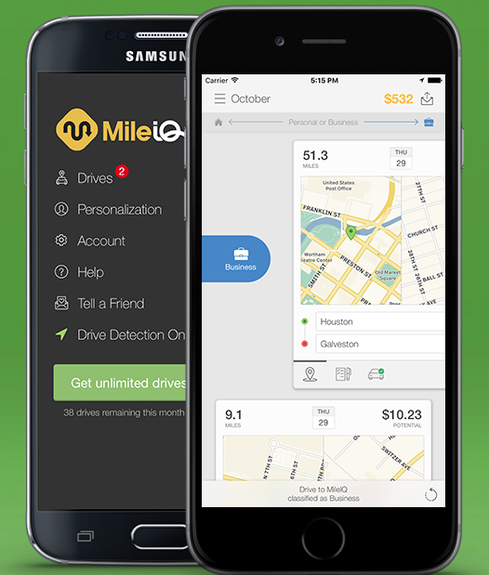 It also seems the MileIQ team will be joining Microsoft, as Dietrich indicated in a post on Medium. "With the addition of Mobile Data Labs, Microsoft gained not only a unique and compelling product, but also a team that is seasoned, high differentiated, and fired up to execute," he wrote.

Microsoft has spent much of the past year snapping up companies to improve its mobile portfolio. In December 2014 it bought email app Acompli with the intention of enhancing its Outlook apps for iOS and Android.

February brought the acquisition of mobile calendar app Sunrise, which was recently integrated into the iOS and Android Outlook apps, and will soon be shut down. In June, Microsoft purchased mobile productivity app Wunderlist.

Kelly Sheridan is the Staff Editor at Dark Reading, where she focuses on cybersecurity news and analysis. She is a business technology journalist who previously reported for InformationWeek, where she covered Microsoft, and Insurance & Technology, where she covered financial ... View Full Bio
We welcome your comments on this topic on our social media channels, or [contact us directly] with questions about the site.
Comment  |
Email This  |
Print  |
RSS
More Insights
Webcasts
How Elite Analyst Teams are Transforming Security with Cyber Reconnaissance
5 Steps to Solving Modern Scalability Problems
More Webcasts
White Papers
How to Prioritize Risk Across the Cyberattack Surface
Cyber Threats & Trends: Jan-June 2020
More White Papers
Reports
Special Report: The Changing Face of Threat Intelligence
DNS Network Traffic Volumes During the 2020 Pandemic
More Reports