Remote access software and service provider LogMeIn will acquire LastPass, the popular single-sign-on password management service, which offers free, pro, and enterprise packages, the companies announced Friday, Oct. 9. LogMeIn will pay $110 million cash for the company, incorporated as Marvasol, plus another $15 million in retention bonuses and other incentives.

LogMeIn offers a suite of familiar tools for IT departments, including remote control software that lets technicians access the client computers of remote users. It also offers the Web-conferencing and screen-sharing service join.me and the file-sharing service, Cubby.

LogMeIn said that LastPass acquisition will bolster its position in the identity and access-management market. This area has gained momentum in the age of "bring your own app." Last summer LogMeIn introduced App Guru, a service to help enterprises manage employee access to cloud applications and make sure that they are secure.

LastPass fits into LogMeIn's strategy in that market, too.

"We believe this transaction instantly gives us a market leading position in password management, while also providing a highly favorable foundation for delivering the next generation of identity and access management solutions to individuals, teams and companies," LogMeIn CEO Michael Simon said in a prepared statement announcing the deal. 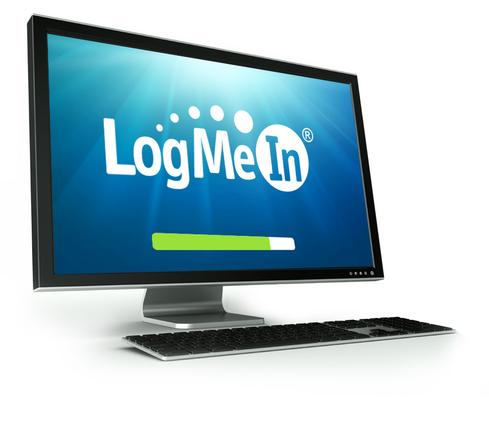 In the statement, LogMeIn said, "[T]he future identity market is being shaped by realities that come from end-user driven adoption of cloud, web and mobile apps." According to LogMeIn's internal research, 70% of companies report using employee-introduced applications, as opposed to company-procured applications, while 80% of cloud applications and services contain sensitive regulated or company confidential data.

LogMeIn's product roadmap calls the LastPass service and brand to continue as a standalone offering. The password management service plays in both the consumer market as well as the enterprise space.

Bill Wagner, LogMeIn president and chief operating officer, told Information Week that the LastPass service will continued to be offered in a free version. Wagner is slated to move into the CEO role on Dec. 15 when Simon steps down.

Simon, who is a cofounder of LogMeIn, will retain the role of chairman of the board.

"Freemium is something LogMeIn believes in and has a lot of experience doing," Wagner said in an email response to Information Week. "In fact, LastPass is similar to our join.me product in that both are great, simple-to-use products serving large, growing markets. They both have the highest customer satisfaction of any of the products in their respective space. Both have free products that we expect will be around for a long time to come."

LogMeIn in recent years has hiked the prices of some of its IT remote control software packages and has eliminated the freemium play with that product line.

LastPass lets users choose a single strong master password and then store all other encrypted passwords in the cloud in a way that can be instantly accessed as needed by the master password. This saves users from common IT password sins such as using the same password for multiple apps and sites and writing down those passwords on slips of paper or lists.

Last summer LastPass's password management service, dubbed a favorite in many online circles, was hacked and users were urged to change their passwords. LastPass made many changes of its own, too, to fortify its security.

Jessica Davis is a Senior Editor at InformationWeek. She covers enterprise IT leadership, careers, artificial intelligence, data and analytics, and enterprise software. She has spent a career covering the intersection of business and technology. Follow her on twitter: ... View Full Bio
We welcome your comments on this topic on our social media channels, or [contact us directly] with questions about the site.
Comment  |
Email This  |
Print  |
RSS
More Insights
Webcasts
Zero Trust for a Work-From Home World
Detecting and Preventing Insider Data Leaks
More Webcasts
White Papers
Why Add Security to Your Skill Set and How to Do It
Sunburst: Impact and Timeline
More White Papers
Reports
Building an Effective Cybersecurity Incident Response Team
How IT Security Organizations are Attacking the Cybersecurity Problem
More Reports

This seems like a good match. I have wondered how LastPass would fair after last year's hack of its systems. I wonder if this buy had anything to do with failing customer confidence in LastPass.
Reply  |  Post Message  |  Messages List  |  Start a Board

As you point out:

> Last summer LastPass's password management service, dubbed a favorite in many online circles, was hacked and users were urged to change their passwords. And LastPass made many changes of its own, too, to fortify its security.

And they got bought anyway! Everything is in play
Reply  |  Post Message  |  Messages List  |  Start a Board

When i first read the headline of the story, I thought LP had been acquired by some Chinese company.

Named after a dish in Chinese food no less.

They need some punctuation or ssomething there.
Reply  |  Post Message  |  Messages List  |  Start a Board
Editors' Choice
Hot Topics