Microsoft's first announcement of this week was also its biggest. The tech giant shared plans to acquire LinkedIn, the professional social media website and network, for a record-setting $26.2 billion.

LinkedIn is the largest and most popular cloud-based social network for professionals. This purchase will give Microsoft a valuable digital business built for same audience as its cloud-based Office 365 suite and broad range of productivity tools.

The deal, which is expected to close by year's end, could prove transformational for Microsoft tools and services. LinkedIn will remain an independent operation and retain its name. Its CEO, Jeff Weiner, will continue to lead the organization and report to Microsoft CEO Satya Nadella.

One question following the acquisition is whether Microsoft will retain LinkedIn's commitment to open source software, one of the company's core values. In order to leverage data to serve its users, LinkedIn developed its own big data technologies and given them to the open-source community. Microsoft has become a more open company under Nadella's leadership, but it remains to be seen whether this will continue.

Despite making a historical acquisition with LinkedIn, Microsoft wasn't done shopping for the week. On June 16 it bought Wand Labs, a startup focused on developing new technologies to power messaging apps.

Wand was founded with the goal of leveraging natural language, third-party services, and mobile scale so its users could access and share a range of devices. Its work on technologies like predictive assistance and delegated authority makes it a suitable match for Microsoft, which has been investing in intelligent agents and cognitive services for its "conversation as a platform" vision.

Windows 10 updates include Insider preview builds 14366 for PCs and 14364 for Windows 10 Mobile, which marked the start of the Anniversary Update June Bug Bash and contained the usual marathon list of fixes and known issues.

Because Microsoft is prepping to launch the Anniversary Update later this summer, new Insider Program leader Dona Sarkar notes that updates in the next few builds will be minor. For example, the new additions to these builds include the Office Online extension for Microsoft Edge and a Windows Store update.

Shortly after it released builds 14366 and 14364, Microsoft released preview build 14367 for PC and Mobile to Insiders in the Fast ring. Additions to this build include a new keyboard shortcut for the Feedback Hub on PC and handwriting recognition language support. 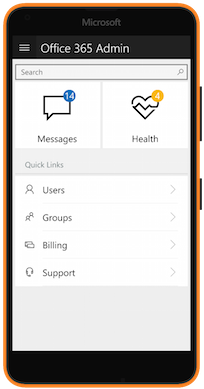 Microsoft launched an updated version of the Office 365 admin app for iOS, Android, and Windows smartphones. The app launched in November 2014 to give admins quick access to common administrative features while away from their desks.

This update aims to improve usability with a new feature called "design grouping", which groups similar features in one card for easier access. New quick links on the dashboard give direct access to settings like users, groups, and billing, and important information is now highlighted in the app.

A Starbucks for Outlook add-in brings a fun update to Office. You can use the "Meet at Starbucks" button to schedule a meeting at Starbucks or send Starbucks eGift Cards from their inboxes. If you're using the new Outlook.com, you can download the add-in from the Office Store.

Later in the week, Microsoft became the first major tech company to venture into the legal marijuana industry. It plans to partner with LA-based KIND, a startup focused on technology for marijuana compliance, to develop software for governments tracking weed growth and sales.

This deal is intended to bring together the resources at Microsoft and KIND to provide a solution that brings transparency and accountability to governments navigating the growing marijuana industry. The system, called KIND Government Solutions, will run in the Microsoft Azure cloud.

Kelly Sheridan is the Staff Editor at Dark Reading, where she focuses on cybersecurity news and analysis. She is a business technology journalist who previously reported for InformationWeek, where she covered Microsoft, and Insurance & Technology, where she covered financial ... View Full Bio
We welcome your comments on this topic on our social media channels, or [contact us directly] with questions about the site.
Comment  |
Email This  |
Print  |
RSS
More Insights
Webcasts
Using MS Teams as Your Phone System - FREE Event 4/14
SASE: The Right Framework for Today's Distributed Enterprises
More Webcasts
White Papers
2020 SANS Enterprise Cloud Incident Response Survey
The Top 5 Mistakes Everyone is Making in Vulnerability Remediation
More White Papers
Reports
Enabling Enterprise Resiliency Through Cyberthreat Detection
The State of DevSecOps Report
More Reports