Oracle veteran Charles Phillips says business users expect enterprise app agility, mobility, and consumer-grade interfaces. But is IT on board?

Charles Phillips is approaching his third anniversary at the helm of Infor, and in that time the company has notched a long list of accomplishments.

The company's latest push is an UpgradeX path through which Infor is migrating customers from on-premises deployments to the latest versions of its applications in the cloud. Infor handles all the patching, management, and upgrades, running the applications in Amazon's cloud. Infor also recently introduced Rhythm, a cloud-based e-commerce service designed to help companies step up to modern online storefronts. 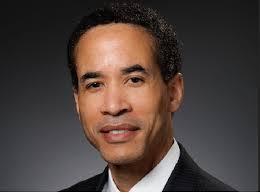 What are the latest demands from enterprise apps customers? Who is calling the shots when it comes to how apps are purchased and deployed? Phillips recently sat down with InformationWeek in an exclusive interview from Infor's spanking new headquarters in New York, where the design standards and hip factor are in keeping with the software portfolio makeover. Read on for the reasoning behind Infor's new look and feel.

InformationWeek: Just one step out of many in the revitalization of Infor has been the move here to New York from suburban Atlanta. Why New York rather than, say, Silicon Valley or San Francisco?

Charles Phillips: That's what our board of directors thought we would do because they're all out in California. But the more I thought about it, I thought it made less sense for an applications company. We need to be around customers because we're doing a lot of joint design work with them, and New York is the greatest place in the world to see customers because they all come here. I also think that to foster creativity you need a diverse environment. I don't want people who are only around technology people all day. They need to be around customers so they can hear their ideas.

The other big reason we're in New York is the design aspect. User experience and interface design is a big part of our strategy, and I just thought that people who understand beautiful design and who care about the way things look could be found here in New York. A lot of the design schools and fashion houses here in the city have embraced technology, and many of the people who come to New York with the intention of being involved in some form of design are going into the tech track. We have one employee here who worked for Kenneth Cole and another who handled digital arts for the movie The Avengers. They probably didn't start out designing enterprise software, but we're seeing lots of examples of software and consumer design coming together.

IW: You've gone to the extreme of building an internal design agency. Why is interface design so important?

Phillips: People hate using most enterprise applications, and the reason is that the people who buy the applications aren't the same people who have to use them. They are painful to use, for the most part, but some users have no choice. If you're in finance, for example, you have to use the system. That's why you get 10 percent of users in an enterprise actually logging on to an ERP system and everybody else ignoring it or getting assistants to do it.

When you show customers an ERP application that looks like Flipboard and they can take out an iPad and see their data, they say, "We don't care what's on the back end, we want that." That's the kind of interfaces we're delivering, but we also have the back end and can talk to the IT people about that. If you want to get people using the applications, accessing information quickly, and sharing data rather than flying blind, it has to be consumable and easy to use.

IW: Infor used to be a pretty sleepy company. Now you've got scores of new products and you're pursuing hot tech trends including cloud, mobile, digital commerce, and consumer-style interfaces. Are most Infor customers really ready for that, or is it just leading-edge adopters?

Phillips: The industry is different than it was five or ten years ago when you could look at laggards and leaders. Technology is now pervasive, so everybody has certain expectations -- even the most remote end-users. They're using smartphones and consumer apps, and they're versed in what's possible. The question is what's practical and how fast can you move when you bring those expectations to the CIO? End users always seem to want to move faster.

Ha! Love the Graveyard graphic. Interesting to see how so many of SAP's acqusitions are just one time around; I wonder if that is a good or bad thing in terms of shaking out all the integration points?
Reply  |  Post Message  |  Messages List  |  Start a Board

Just a nit on "ERP Graveyard", it is not an independent analysis of ERP's, but yet another sales tool (or really sales slander".  It lists many ERPs that have never been dead, and other's (like Infor VISUAL ERP) that has had more development resources and great releases of it since Infor purchased it then in the 5-8 years prior.   ERP graveyard, was started by a Open Source ERP software company, just b/c it's open source doesn't mean they don't want to make $, and compete, and this is just another tool to do just that.

If you haven't seen the ERP Graveyard, take a look. Infor makes Oracle look lazy where ERP acquisitions are concerned. The "Graveyard" moniker isn't quite fair, as many of these ERP systems are alive and well. Many others are Walking Dead that haven't been updated in years. Still others are truly dead - long since abandoned by customers. The Graveyard also includes things that really aren't ERP systems, like Hyperion and Siebel, for example.

Infor has a tough task deciding which ERP systems to keep moving forward and which to let go of without pushing customers away. Phillip's regime has been nothing but good for Infor and Infor customers so far as I've seen. Any Infor customers care to share their views?
Reply  |  Post Message  |  Messages List  |  Start a Board

"Virtually all web applications require a load-balancing mechanism for scale-out and high availability. To address this requirement, Windows Azure provides a built-in load balancing layer in its architecture. In fact, the only way to access virtual machines created in Azure from a client machine on the Internet is to send the data via the built-in load balancer."

A great addition, I've seen sytems that use loadbal.* as the initial gateway, only for then users to bookmark server1.* after they get logged in.
Reply  |  Post Message  |  Messages List  |  Start a Board
Editors' Choice
Hot Topics