IBM is joining forces with National Instruments to create a new test bed for creating standardization around the Internet of Things.

The Internet of Things looks great on paper. But its implementation is held hostage by technical details. Just how will all these components work together?

IBM took a step towards IoT standardization Wednesday by announcing the creation of a test bed with National Instruments Corp. The announcement was made during the quarterly meeting of the Industrial Internet Consortium.

A test bed is an open set of systems that companies can use to test their IoT products and look to see how well they cooperate or conflict with data performance and compatibility, explained Chris O'Connor, IBM's general manager for IoT.

"We're making sure our product [test bed] is interoperable and open so that people can test against it," O'Connor said. The purpose is "to help foster standards," he added.

With the July 15 announcement, IBM seems to be making even further bets on an industry that could be worth billions -- maybe even trillions -- in the coming few years. This year alone, IDC is predicting that the IoT market will grow 19%, and Big Blue would like to be seen as a leader. One way to achieve that goal is to make sure it's in on how the standards are made. 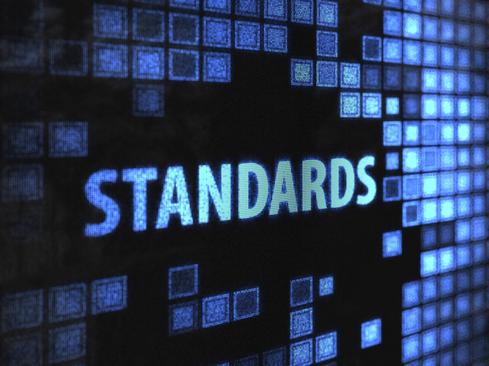 Babble causes components to conflict, leaving a system prone to outages and failures.

The example O'Connor offered was the early phase of network technology. Token Ring, FDDI, and Ethernet were all competing formats that became problematic when users tried mixing and matching switches and routers, he recalled. Without standards, the burden of system integration falls on the user.

With standards, the scut work of integration is removed.

O'Connor illustrated the IoT standards problem by offering an example.

A shipping company has an IoT maintenance app monitoring a truck, another app to handle the delivery schedule, and a third to communicate with the driver. Each app gathers data, but the means of sharing and analyzing the data is not there, because no format connects one app to the next. Standards that connect these apps would allow the user to build a system where all these data streams can be collated and analyzed.

[Can you create a smart lake? IBM is trying.]

Alongside the IBM and NI agreement was news that IBM would also be joining the Open Interconnect Consortium and the AllSeen Alliance, a pair of industry bodies also developing communications standards for IoT.

"Communications protocols will be first. Security standards will come along with that; information sharing, too. We see this happening in one year," O'Connor said.

Currently, IoT standards are varied, but fewer than they were several years ago, O'Connor noted.

By joining these industry bodies, IBM hopes to play a role in driving the convergence of IoT standards, he said, and that convergence may become apparent in the next two to five year. Once standards are there, "we get that whoosh and growth of IoT," O'Connor added.