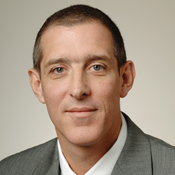 The era when DevOps was just for startups is over. There's plenty of proof that big companies have figured out how to benefit from this software development method, too.

I read a provocative article in The Wall Street Journal's CIO Journal May 13 by Rachel Shannon-Solomon, a venture associate at Work-Bench, entitled "DevOps Is Great for Startups, but for Enterprises It Won't Work—Yet." In it, Rachel asserted that enterprises face immutable barriers to implementing a DevOps approach.

Devops is a buzzword for a new movement associated with enterprise IT that in reality plays more in the domain of startups and SMBs… While the theoretical use cases for devops within enterprise IT are not dissimilar, the potential for adoption within large organizations is less rosy… I've found that there is no lack of appetite to experiment with devops practices at the enterprise scale… But ultimately, there are few true change agents within enterprise IT willing to effect devops implementations.

Leaving aside the somewhat insidious a priori assumption that DevOps is just a buzzword, there is a lot that is right about this article. Large enterprises absolutely are different from the startups and web "unicorns" such as Netflix, Google, Facebook, and Amazon -- the businesses most commonly highlighted as being at the forefront of DevOps maturity. As Rachel points out, traditional large enterprises have calcified silos, cultures, processes, and org structures. They mostly use commercial off-the-shelf software from large vendors rather than free and open-source software from small startups. And they look for ROI more than cultural movements.

I would add that large enterprises are also less agile, more complex, and more financially, legally, and geographically constrained. I definitely agree there are significant barriers standing in the way of a DevOps transformation for larger enterprises. Indeed, I have written about this before. However, much of this CIO Journal article is also factually wrong. 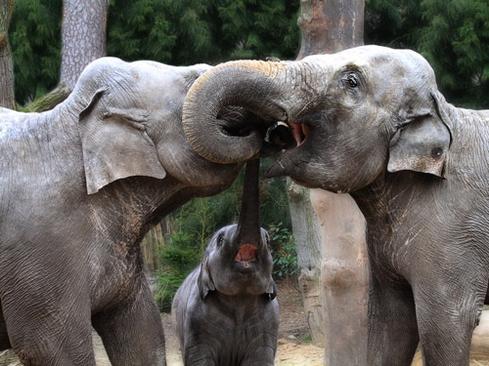 Rachel cites some unnamed and unverifiable sources ("startup founders, technology incumbents offering devops solutions, and technologists within large enterprises"), but whoever they are, I believe they are not giving her the fact-based insight she needs on this topic. Rather, many sources show quite definitively that large enterprises are adopting DevOps today and reaping the benefits.

To start with, it is simply false that DevOps is not already happening at large enterprises. For example, large enterprises such as DirecTV and Union Bank already are achieving fantastic results with their own DevOps approaches. For what it's worth, CA Technologies is a 37-year-old Fortune 500 company with 13,000 employees and $4.6 billion in revenues (by almost any measure,

Andi Mann is an accomplished digital executive with global expertise as a strategist, technologist, innovator, marketer, and communicator. With over 30 years' experience, he is a sought-after advisor, commentator, and speaker. Andi has coauthored two books. He blogs at Andi ... View Full Bio
We welcome your comments on this topic on our social media channels, or [contact us directly] with questions about the site.

Ah Ric, I remember SML very well. IIRC, I wrote a very positive research note on it when I was at EMA. It was a great initiative, very disappointing it was not picked up more broadly.

The cloud delivery model is not a full substitute for SML of course, but I agree with what you are saying about  standardization and ease of use. It is a fundamental shift in how developers can do what they need to, when they need to; and ops can manage that 'agreed' environment.

The cost benefit is not a bad thing either!

Andi - here is my thought on DevOps-without-Cloud - back in 2006, my team at IBM worked with MSFT to draft something we called Service Modeling Language (SML) which was aimed at aiding what we now called DevOps - bridging the gaps between Development and Operations.  It never really took off because a spec alone could not simplify the complexities of differences between development systems and deployment systems.  The cloud delivery model is what is helping address that complexity.  It drives standardization and makes it more appealing for developers and operations to agree on a common, cloud-delivered environment on which to both develop and deploy.
Reply  |  Post Message  |  Messages List  |  Start a Board

Thansk for the comment Ric. Yes, Rachel's original was actually a purposeful post, and not entirely off base. It did raise some important points, and certainly charged an important conversation. With all the piling on over the past week, I think it is important to restate that I also thought there was some really spot-on commentary in her original piece.

it is interesting to consider the impact of cloud too, that is a great point. I wonder if devops is really possible (or at least, would it have happened) without cloud? It is such a key foundation - like agile development and IT automation. Certainly as more projects move to the cloud it is a great opportunity for even the largest orgs to pivot to a DevOps approach. This makes the transofrmation so much more digestable!

Andi - great post.  I actually enjoyed Rachel's post as well, despite the headline, stating that DevOps is not yet ready for the Enterprise.  As you state, we all know Enterprises are already benefiting from DevOps.  The key point I think she misses is that DevOps is part of the current transformation that all Enterprises are (or need to be) going through.  The transformation centers around moving to a cloud-centric delivery model.  As cloud-based projects are funding in the enterprise, DevOps should be the rule, not the exception.  As cloud spreads, so will the DevOps model.  Any transformation takes time, so it is important that CIOs don't treat DevOps as an ON/OFF switch - it needs to be adopted at a rate and pace with which the business is comfortable.
Reply  |  Post Message  |  Messages List  |  Start a Board

May 27 email comment from ex-Netflix architect, current Battery Ventures advisor Adrian Cockcroft: "I know Andi and I tweeted a response at the time. Basically Enterprises that aren't ready to do DevOps will be disrupted by those that are. Adrian"
Reply  |  Post Message  |  Messages List  |  Start a Board

'Hard enough'? Well, research data showing these results from 1300 respondents in finance, healthcare, manufacturing, public sector, telco, at IT executive, manager, project lead, ent. architect level in enterprise orgs with revenues > $100M is not bad. But not hard enough for some I guess! ;)

But it is absolutely true that there are many competing priorities, and in the big scheme of things DevOps will often take a back seat. Cloud, mobile, security, alignment and other initiatives continually top that list. DevOps does not. Many might say it should - and that it helps with some or all of these others - but hard reality is that it doesn't.

As a related aside, I really wish CIOs were focused on security post-Target. You are right, it is such a mess for many businesses. Some certainly are focusing there, but every day a new breach suggests this is not the case for many others, despite surveys that consistently put security as the #1 priority. As a consumer and a customer, not least an informed tecnologist, this makes me despair.

Andi-- I don't disagree with anything you're saying, but I don't think you have anything hard enough there to justify DevOps over other priorities in IT focus. Especially in a post-Target world, where the CIO sure cares a whole lot more about being tossed out for a breach than the incremental and difficult-to-quantify-and-justify DevOps benefits. (And we know security is a complete mess in every enterprise).
Reply  |  Post Message  |  Messages List  |  Start a Board

Good point. Thanks for comment on need for "permission-less organizations" from Archimedius, also known as Greg Ness, director of worldwide marketing at CloudVelocity.
Reply  |  Post Message  |  Messages List  |  Start a Board

Joe, thanks for your comment. It is a good perspective to the conversation. We must never ignore the revenue and expense implication sof technology. IT exists to help the business make money, after all, and a DevOps initiative is not going to be free. Even the open source software that is often cited at the center of DevOps is not without associated costs.

However, from an expense perspective, the benefit is not just through layoffs. Reducing thrash, reducing errors and defects, reducing tool costs all contribute to bottom line benefits. Moreover, there are top-line results as well. As the research linked in my article says, DevOps is also associated with increase in revenue, new products that could not have been made available before, penetration into new markets and attraction of new customers.

In any case, in my experience, most IT orgs have more than enough to do, so improving output through DevOps (or automation in general) mostly results in more projects being moved into and through the queue, rather than staff being laid off. Throughout the history of automation, this has been true; although it is also true that automation has allowed organizations to reduce their staffing when that was already on the cards e.g. because of other financial pressures. As we head out of the recession, rather than into one, I don't see layoffs as a big issue.

Also, there is no conflict between a Devops approach and using public cloud. Indeed, they often go together very well. As you say, that is where agility comes from. I advocate enterprises look to both, whether separately or hand-in-hand, for best results.

One challenge to DevOps in the enterprise is that--from a balance sheet perspective--it's not clear that it's a great option. This is for a few reasons. First, the real cost savings in DevOps is layoffs, and most enterprises don't seem to have the ability to cut staff massively (for one, it would be a very high and unnecessary career risk to get rid of a bunch of IT employees in the name of DevOps the savior). Second, the real business benefit (top-line revenue) relates to agility (I like "permissionless innovation" as a term here), but I would argue that using something like SkyTap or just generally using the public cloud to give your developers and staff that agility would be much less risky (and cheaper) than implementing good DevOps.

I love DevOps, and we devote a very large percentage of our budgets to DevOps, but when I think about enterprises with their silos and policies and ossification, I just see DevOps as something that's going to have a really high pain threshold to implement, and, from a practical standpoint, I'm going to get the major benefits of it by embracing the public cloud for dev/test.  And if I'm at an enterprise, the additional cost of running stuff on the public cloud is going to be tiny compared to the benefits I should reap from the efforts.
Reply  |  Post Message  |  Messages List  |  Start a Board
Page 1 / 2   >   >>
Editors' Choice
Hot Topics