0%
Tweet
Google wants to keep you from leaving the Web by delivering a faster experience.

Google, Microsoft, and Mozilla confirmed last week that they are working on a project called WebAssembly. This standards initiative can be found as a W3C project and on Github.

Basically, WebAssembly aims to serve compiled executable binary code instead of interpreted plaintext JavaScript. The group says its tests have shown a 20-fold increase in speed.

It is hoped by these three companies -- which all have a vested interested in making the Web as fast as possible for their own business purposes -- that this will allow the use of the kinds of applications that have historically not run well on the Web, such as rich online games or the emulation of native desktop apps.

Right now Google has the most to gain from this project, since it wants the Web to work as fast as possible to keep ads in front of users. For CIOs and IT pros, this is important because Google has shown how a change in its corporate strategy can ripple across multiple businesses. This happened earlier this year when Google decided to change search results based on how sites render on mobile devices.

As of now, the WebAssembly project supports coding in C/C++.

During this beginning, WebAssembly relies primarily on Mozilla's ASM.js -- a subset of low-level JavaScript commands. WebAssembly will take the C/C++ and compile it into ASM.js code. The logic behind this is that almost every browser will be able to recognize this code. 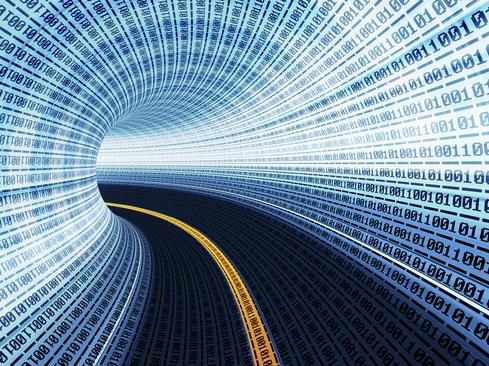 It is a goal of the project to get WebAssembly code to allocate and access garbage-collected objects like JS, DOM, and Web API. Even before GC support is added to WebAssembly, it is possible to compile a language's VM to WebAssembly, assuming it's written in portable C/C++. The project says that this has already been demonstrated.

Microsoft and Google have tried to improve JavaScript before. TypeScript was developed by Microsoft and is a superset of JavaScript. It incorporates features such as static typing to make it easier for developers to manage and refine complex codebases.

The Google Web Toolkit provides developers with a method to write Java programs and then compile them to JavaScript.

If your eyes haven't glazed over at all these technical details, one question may be nagging at you: Why is Google behind this? Altruism is one thing, but this kind of effort requires major resources from all those involved.

What will faster browser speed do for Google?

It may well be that Google is looking for ways to keep people routinely using the Web. The tech giant makes its money from searches, and from spewing them back to advertisers. If users are finding other ways to access information, such as apps for their smartphones, they can bypass the Web entirely.

[Here's a look at what you missed at Google I/O. ]

This kind of response to that evolving trend is actually pretty bright. Google can't actually force users to be on the Web, but it can remove obstacles to using it. When they do use the Web, Google has a much better chance of actually tracking them.

It's not just desktop browsers Google is after. It wants to get people on the mobile Internet too. The Information reported that Google secretly acquired a startup called Agawi in 2014. It had a method that allowed users to access apps on their smartphones without downloading them first. This would give Google a way to make the apps it likes easily available, perhaps by featuring them in search results of topics.

Google will not take the rise of mobile apps lying down. It seems to be taking the high road, however, by making the path for apps more attractive to users.

Larry Loeb has written for many of the last century's major "dead tree" computer magazines, having been, among other things, a consulting editor for BYTE magazine and senior editor for the launch of WebWeek. He has written a book on the Secure Electronic Transaction Internet ... View Full Bio
We welcome your comments on this topic on our social media channels, or [contact us directly] with questions about the site.
Comment  |
Email This  |
Print  |
RSS
More Insights
Webcasts
SecDevOps: Tying Security to Your Application Development Processes
Using Artificial Intelligence, Deep Learning and Machine Learning for Cyber Defense
More Webcasts
White Papers
Winning at Cyberrisk Management
Human Layer Security for Dummies
More White Papers
Reports
2020 State of Cybersecurity Operations and Incident Response
Online Threats -- and What Your Org Can Do About Them
More Reports

The validity of the search engine results isnt really the point here.

How fast those results --whatever they may be--show up in your browser is.
Reply  |  Post Message  |  Messages List  |  Start a Board


Google has shown how a change in its corporate strategy can ripple across multiple businesses. This happened earlier this year when Google decided to change search results based on how sites render on mobile devices.

Not sure how accurate those results are since the EU is currently litigating Google for favoring its own search engine results. When you rig results, it's hard not to come out on top.

As far as I have been able to check, Safari is not included in this effort.

I think they will leave it up to Apple to implement it if they choose to do so.
Reply  |  Post Message  |  Messages List  |  Start a Board

Firefox, Chrome and IE would cover some 80%+ market I believe.

But without Safari how will the ubiquity be achieved? Or was Apple invited but chose not to participate?
Reply  |  Post Message  |  Messages List  |  Start a Board
Editors' Choice
Hot Topics