Fortran: 7 Reasons Why It's Not Dead - InformationWeek

45 comments
Comment Now
In the 1950s, IBM programmer John Backus invented a programming language called Fortran. It's still in use today, and here's what you need to know about it. 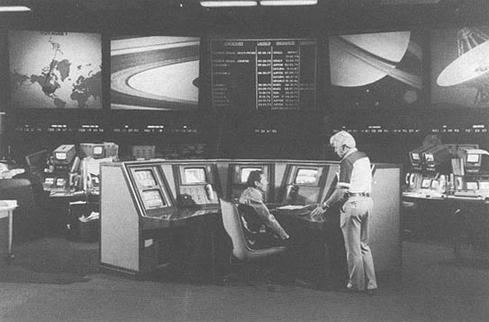 GNU Fortran is the primary open source version of the Fortran compiler and is widely used both in and out of academia. Because GNU Fortran depends on volunteers, progress on any individual feature or host architecture can be slow, but progress is made and GNU Fortran is available on many, many platforms, from "big iron" to single-board computers like the Raspberry Pi.

If you're just getting started in Fortran and are looking for a single compiler that you can learn and apply broadly, GNU Fortran is hard to beat.

I know Fortran. But where are the Fortran jobs at?
Reply  |  Post Message  |  Messages List  |  Start a Board

Hi, i am an engineer working in offshore oil/gas field.. i am good with fortran 95 and have many self written programs written in f95 for my work related calculations.. i was searching for option to make them work on my android phone and a link from google directed me here.. any one could please suggest how/whether it is possible to make use of my fortran skills for andorid app development.. thanks
Reply  |  Post Message  |  Messages List  |  Start a Board

why not to use fortran??

and its develop every year and why not to use this languages.!!

please help me .. i have a report this and i dont no why not use this language.....

its to very hard??

I took Fortran IV from Dr. Vickers at UF back in 69-70-71 (I don't recall for sure exactly when it was) - I just doing a Googe search on Fortran IV and found these posts, which brought back memories from back then.

The "computer" was actually an entire 4 story building (as I recall) with the mainframes in the basement, the keypunch operators on the first floor, programers on the second floor, and the magnetic tape storage units on the third floor.

The exciting thing at the time was the changing from copper wiring to optical fiber because "light travels faster than electricity" and as those distances (main frames-to-magnetic tape-and-back) it was a super big deal.

Just remembering 'back when', thanks.

Used it on 80-column cards and do not miss it at all
I learned FORTRAN 77 and FORTRAN IV(WATFIV, the successor to WATFOR which was short for Waterloo University Fortran) in a progarmming at Brooklyn College and later in one at Baruch College, both part of City University of New York. I  remember that I also found the FORMAT statement cumbersome and that PL/1 and COBOL were much better at handling I/O.  I remember long turn around times near midterms and finals and both card readers and keypunch machines mangling cards and keypunch machines running out of ribbon ink so that you had to read the hole punches.  I have other not so fond memories of dropping card decks and trying to put them back in order and also waiting a long while to find out that one punctuation mark was out of place.

I also used PL/1(an IBM programming language that reminded me of a cross between COBOL and FORTRAN) on cards with the same frustrating experiences. Both colleges used the central CUNY IBM 360/370 mainframe and required cards with IBM JCL(Job Control Language), which I eventually mastered, before and after the code.

Switching later to a terminal I rented at home (a Zenith with a 300 baud modem) and to the terminals at the school, I felt liberated from cards; even with long wait times and slow response times they were much easier to deal with. I aslo used COBOL with JCL for two Business Applications courses on a terminal. Later I bought my own PC to use for the same purpose. After school,  I only used mainframes for submitting SAS statistics jobs, interfacing with an agency ADABAS database for use with kisok and IVRs, and to retreive info to download to PC networked database systems.

Using PCs now, even to access mainframe data through terminal emulation or a web interface, I am much happier. Though I have occaisonally used minicomputers(DEC, BASIC 4,  IBM System 36 and AS/400) which came with their own JCL and challenges, none were quite like using FORTRAN on punch cards. Now, I am a Salesforce progarmmer since we switched from AccessVBA and Visual Basic .NET a few years ago.

In 1997 our company had a project that required Lagranian Dispersion of sulfur dioxide emissions using a model called CALPUFF. This model treats the emissions as a series of puffs that advect and disperse through the gridded network. The only PC architecture able to handle this work at that time was the DEC Alpha.

I had four 500 Mhz and one 525 Mhz Alpha machines running Win NT4. You could run x86 apps through an emulator. The Alpha with the emulation software was still about twice the speed of a x86 PC available at that time. DEC FORTRAN was used. The four Alpha machines could run a full month of meteorological data and emissions in a week. So, it took us three months to run the full one year of meteorological data. The four 500 Mhz machines were connected through a KVM switch to the monitor, keyboard and mouse. The system worked great but with the four machines on the same desk, the room could get very warm.

Corel released native WordPerfect and CorelDRAW versions for Win NT4 on the Alpha. AutoCAD 12 ran very fast in the emulation mode. I was fully committed to the Alpha architecture until in October 1999, Microsoft dropped software support for the machine. Win 2000 for the Alpha was out in beta mode. I had it running on the 525 Mhz machine by setting the clock back so the software would not expire. With no Windows upgrade future for the machines,I ran them off the network as FORTRAN workhorses until 2003. By then the AMD x86 multi-core machines were faster than the single-core Alpha and a whole lot cheaper.

Yes, the DEC Alpha was a great architecture. HP did not embrace it, so it died.
Reply  |  Post Message  |  Messages List  |  Start a Board

Curt - in 1969 at Florida Atlantic we had to get a prof to give us access if we wanted a priority run. There was no charge to students. A few of us would go to the batch submit room and prep our JCL and FORTRAN code cards. Since we had no priority, we were moved to the end of the basket of submitted cards (wrapped in rubber bands). Once the tech got to know you, he would sneak in an extra run if you were quick enough to correct your mistake(s) and get the cards back into the loop before the submit window closed. So, on a good day you could get as many as four runs on the IBM 360.
Reply  |  Post Message  |  Messages List  |  Start a Board

- scarred me for life; I still can't deal with object-oriented paradigms.
Reply  |  Post Message  |  Messages List  |  Start a Board

You replied, "the fact that More and More Developers would introduce their own flavors of Fortran today and in the future we will see different-different companies,etc using different Forks of Fortran(similar to Linux/Android) which suits their specific needs here."

Please note I meant to convey the very opposite of what you have stated: note my comments such as "its usage will become more standards-based (note few vendors now introduce their own language extensions) which will allow more portable code."

What is happening in the world of Fortran is NOT fragmentation that is negatively impacting Linux/Android, hampering their advance in the enterprise arena.  Largely, the Fortran implementations (compiler vendors, etc.) are coming together with a standards based approach.  Fortran language development is well and alive under Fortran Working Group (ISO/IEC JTC1/SC22/WG5), a standards body.

Many fellow coders in Fortran are now begiining to apply "/stand" compiler option to flag code elements that may be non-standard, often due to language legacy.  I've read up until the 1990s the compiler vendors would actively introduce their own extensions in the language to support their customers, a practice that did lead to fragmentation but which has become unpopular now.  In our code, all the non-standard aspects have been eliminated and the code is now portable across compilers and platforms/OSs.

This is what's the greatest part about Informationweek today.

We have so many Diverse viewpoints with varied Experiences that one can learn a lot from each and everyone of  them!

I had an inkling that your answers would be along these lines and especially the fact that More and More Developers would introduce their own flavors of Fortran today and in the future we will see different-different companies,etc using different Forks of Fortran(similar to Linux/Android) which suits their specific needs here.

Please keep contributing to this website with your Unique insight and experiences here.