An update to the Email Privacy Act requiring a warrant for the search of data older than 180 days was unanimously supported by the House Judiciary Committee. It now heads for a vote by the full chamber.

US lawmakers took steps April 13 to keep up with technology when the House Judiciary Committee approved the Email Privacy Act (H.R. 699) by a vote of 28-0.

The bill closes a loophole in the Electronic Communications Privacy Act of 1986, which required law-enforcement agencies to have a warrant to search electronic communications -- such as email, instant messages, and private social-media applications -- only when the content is newer than 180 days.

When the ECPA took effect, it was rare for email to be stored for very long (and it was rarer for most people to have email). 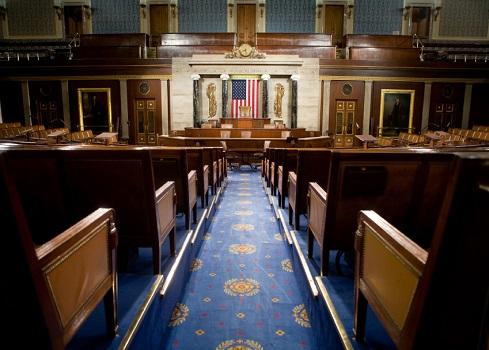 Today is a great day for not only the Fourth Amendment advocates who have fought long and hard to move the Email Privacy Act, but also for all Americans, who are one step closer to having private and secure digital communications.

The bill has more than 300 sponsors and is expected to pass through the House easily, but it could face problems in the Senate. The Federal Trade Commission and the Securities and Exchange Commission have argued that the Act could make it difficult to prosecute white collar crimes, since those served with warrants could delete incriminating messages.

These concerns have delayed the bill's passage for years. Wednesday's success came thanks to compromises drawn out by Goodlatte; notably, that the SEC or FTC won't have a legal workaround, but also that the bill won't require that users are notified of the warrants.

"The bill clarifies that commercial public content can be obtained with a process other than a warrant," explains the Judiciary Committee statement.

The Senate has a companion ECPA amendment that is sponsored by Sen. Mike Lee (R-UT) and has 26 cosponsors, including Sen. Patrick Leahy (D-VT).

In a statement Wednesday, Leahy applauded the House Judiciary Committee in saying the bill will ensure that "the same privacy protections that apply to documents stored in our homes extend to our emails, photos, and information stored in the cloud."

Leahy added: "Congress has waited far too long to enact these reforms, but we are one step closer today. We urge the full House to pass this bill soon so the Senate can do the same."

Also on April 13, Microsoft filed suit in federal court against the US government to gain the right to tell its users when a federal agency is scrutinizing their email. The suit claims the practice of secrecy violates the Fourth Amendment.

Separately, in March, the FBI quietly updated its rules around the searching of data collected by the National Security Agency (NSA). The FBI wasn't required to make note of the times it searched metadata that included Americans' identifying information. Privacy advocates described the practice as a shortcut around the need to obtain warrants.

Michelle Maisto is a writer, a reader, a plotter, a cook, and a thinker whose career has revolved around food and technology. She has been, among other things, the editor-in-chief of Mobile Enterprise Magazine, a reporter on consumer mobile products and wireless networks for ... View Full Bio
We welcome your comments on this topic on our social media channels, or [contact us directly] with questions about the site.
Comment  |
Email This  |
Print  |
RSS
More Insights
Webcasts
Bolstering Your Enterprise Cyber Risk Assessment
Disaster Recovery/Business Continuity in the New Normal
More Webcasts
White Papers
Must-Read Research: Why Sustainable 5G Networks are a 150-Year-Old Problem
Guide to Enabling 5G Deployments
More White Papers
Reports
A Decade of Passive DNS
The State of Cybersecurity Incident Response
More Reports
Copyright © 2021 UBM Electronics, A UBM company, All rights reserved. Privacy Policy | Terms of Service