Consumer Reports runs its back-end accounting on Oracle E-Business Suite, but has found a way to get all the benefits of cloud computing while keeping control over the upgrade cycle afforded by on-premises solutions. Here's how they did it.

Enterprises with investments in on-premises ERP (enterprise resource planning) and other enterprise applications are increasingly facing a big choice these days. Do they invest in an upgraded version of their software and embark on the years-long expensive and difficult implementation process to do it?  Or, do they look to popular cloud-based alternatives such as software-as-a-service?

It's not an easy decision. There's so much sunk cost in on-premises solutions, including all the custom development and tweaks to make them work to fit what the business needs. But at the same time, moving to a SaaS-based solution ties you to the vendor's upgrade schedules and pricing.

Andrew Farber, manager of financial systems at Consumer Reports and a newly reelected board member of the independent OAUG (Oracle Applications Users Group), has found a comfortable middle ground that gives his organization's financial staff the best of both worlds. (He is quick to point out that Consumer Reports cannot and does not endorse any of the products or vendors mentioned in this story, including Oracle.) 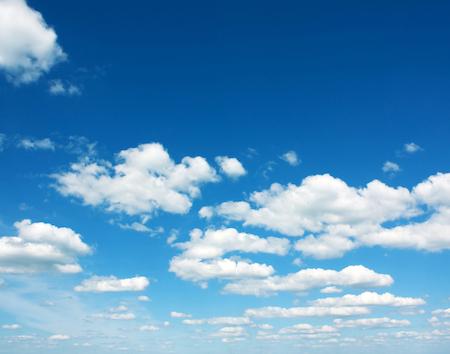 His organization, which has been with the same financial application software for more than 24 years, settled on this middle road when they did an evaluation of whether they should move from their current on-premises solution, Oracle financials applications, to another vendors' products in 2001.

"They became our data center, they manage our applications, they have the DBAs, they have the hardware," he said. "Everybody at Consumer Reports sits down at their computers and Oracle comes up on their screens. They don't care if the computers behind that are running in the computer room downstairs, or if the system is in a computer room across the river, or if it is running in a cloud someplace."

While Farber is satisfied with outsourcing this application to a hosting company, he's not anxious to jump into software-as-a-service for his financial application needs, because now he controls the upgrade cycle for his software. That wouldn't be true with the typical SaaS implementation, which is hosted by the software vendor.

"When that cloud system vendor decides to do an upgrade, you have to do the upgrade with them," he said. "You can't say, 'No, I don't want to upgrade.' They may give you a three-month window to get used to it, but when they are ready to go, you have to go with them."

That represents a piece of control that Farber is not willing to turn over to a software vendor. There are drawbacks to that scenario. For instance, maybe you have a specialized piece of software that works with the cloud software that can't be updated at the same time as the cloud-provider's application, Farber said. That can break the system. Or maybe your users have to be trained on the new update, but it's a busy time of year for your business.

"You don't have a choice, then. You have to go on the vendor's schedule," he said.

With a hosted solution he outsources the work, but still has the control over the upgrade schedule. Farber said he is operating Oracle E-Business Suite 12.1.3 now, and support for that system runs through until December 2021.

"I can stay on this version of the software, safely, without having to worry about changing anything for my users," he said. "That means I can concentrate on giving them the new tools that I want to give them, not the tools that my software provider thinks they should want."

Moving to a hosted solution made sense in 2001 when Farber made the move and the cloud as we know it today didn't exist. Now, Farber said, his fellow OAUG members face more complicated choices. Many are entrenched in on-premises systems, with Oracle and other software vendors. And they are being pressured to move to a competitor or to upgrade.

And in many cases they are being pushed to move to a cloud-based solution because that's where the vendor is rolling out new features.

For instance, in the financial regulations space, FASB, the Financial Accounting Standards Board, has come out with two new pronouncements -- one on revenue recognition and another on lease accounting, according to Farber. And currently Oracle only plans to provide support for those two new changes in the cloud version of its software.

"This will be a clearing house for third-party solutions," Farber said, and OAUG's members will help each other find third-party vendors who will provide them, he added.

Jessica Davis has spent a career covering the intersection of business and technology at titles including IDG's Infoworld, Ziff Davis Enterprise's eWeek and Channel Insider, and Penton Technology's MSPmentor. She's passionate about the practical use of business intelligence, ... View Full Bio
We welcome your comments on this topic on our social media channels, or [contact us directly] with questions about the site.
Comment  |
Email This  |
Print  |
RSS
More Insights
Webcasts
What We Can Learn from Sports Analytics
Strategies for Success with Digital Transformation
More Webcasts
White Papers
IDC Workbook: Best Practices for Cloud Security
The Insecure State of Microsoft Teams Security
More White Papers
Reports
The State of Threat Detection and Response
2021 Top Enterprise IT Trends
More Reports

10 IT Trends to Watch for in 2021 Cynthia Harvey, Freelance Journalist, InformationWeek,  12/22/2020
White Papers
Centralized Security Policy Management Across Hybrid Cloud Environments Should be an Obvious Strategy
5 Steps to Zero Trust in the Data Center
The Dark Side of SD-WAN
Five Reasons to Protect your VPN with Multi-Factor Authentication
The Essential Guide to Securing Remote Access