Whether you're a user or a developer, the reasons to leave Flash in the past keep multiplying. 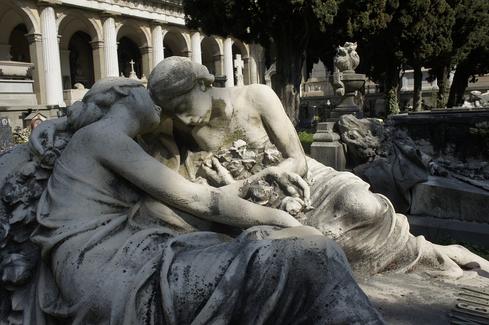 Alas, poor Flash. The trajectory from cool innovation to Web must-have, to reviled technology was dramatic, but there's no doubt that the time has come: Flash has to go.

Flash entered our lives around the same time as the World Wide Web, though it began its existence as a drawing program for PenPoint OS. It wasn't until 1996, after Macromedia bought the original developer, that Flash received a new name and a new mission -- enabling animation on websites. Macromedia continued to develop Flash until the company was acquired by Adobe in 2005. Under Adobe, Flash became a Web animation juggernaut.

It didn't take long for the backlash to build. Flash had some notable issues and at least one famous detractor -- Steve Jobs's 2010 open letter listing the reasons Flash wasn't part of the iOS universe was for some a watershed moment. The hate for Flash wasn't universal, though: Air, the system that allows Flash to be used as the basis for standalone applications, was named the best mobile development environment at CES for both 2014 and 2015.

Air isn't enough reason to save Flash, though. It's no longer required, and the alternatives have become better with each passing year. This week, another nail in the coffin arrived when Mozilla prevented Flash from running on its Firefox browser. It's time, therefore, for Flash to ride into the sunset (probably in an animated clip featuring kittens riding cartoon unicorns).

Whether you're a user or a developer, the reasons to leave Flash in the past keep multiplying. Still looking for your reason to delete Flash from your online life? We've put together a list of nine reasons we find compelling. If we've missed the reason that finally made you switch, let us know. And if you're one of the poor, deluded souls who thinks that Flash is still the best web-thing since animated sliced bread, please let us know that, too. We promise we'll be kind.

@moarsauce123, I come at this from the POV of someone who has both used a lot of Flash-based web sites and programmed quite a few Flash projects. I could overlook a lot (and did for a long time), but Flash has become a very heavy weight for a browser and mobile client to drag around.

And that heavy weight is dragged around, more often than not, for a purpose that could be programmed in another way with less system overhead.

My real problem, though, is that in order to do a lot of its magic Flash has to reach down into operating system territory for file and resource access. And it does that reaching with far fewer precautions than it should have taken, with the inevitable result that it's a popular attack vector. Put it all together and Flash should either be significantly overhauled or put out to pasture -- and Adobe has shown in every way possible that it's unlikely to give it a major overhaul.
Reply  |  Post Message  |  Messages List  |  Start a Board

@jastroff, I've got all of those still sitting on my hard disk, though the tools have moved on in most cases. Adobe is pushing Muse to replace Dreamweaver (though Dreamweaver is still a better system for building large, complex sites), and I'm watching younger developers do things in After Effects that I would have chosen Fireworrks to complete.

If people want to stay in the Adobe world, Illustrator and Photoshop can each create animations using timeline tools very much taken from Flash. The fact that the resulting files don't have to be in a proprietary file format (or require a run-time interpreter) makes things so much better.
Reply  |  Post Message  |  Messages List  |  Start a Board

@RandyT255, I think you're on to something. While Flash is certainly one of the most visible plug-ins for most browsers, the sheer number of plug-ins required to see and use the modern web site can make browsers incrediblly slow and unstable. (Firefox, I'm looking at you, here.)

As to why so many people are Flash Haters, I think it's the combination of architecture and vulnerability. Now that alternatives are becoming available, it's just too compelling to leave it behind.
Reply  |  Post Message  |  Messages List  |  Start a Board

@Wolf29, you make some solid additional arguments for moving away from Flash. I think your reason number 3, with the impact on performance and site size, is the most important since we know that performance is critical to the user experience for a web site.

The maintenace aspect can't be ignored, either -- especially if you don't live in Flash. Every time I have to maintain a Flash-based site I've built I have to take a little time to get back into the Flash mindset. Too often, it's time I'd much rather spend doing something else!
Reply  |  Post Message  |  Messages List  |  Start a Board

@CY148, I think there are a number of tools that are replacing Flash -- as a matter of fact, I'd say that without alternatives we wouldn't be able to think about getting rid of Flash. The set of functions it provides are necessary for the modern web, I just think there are now much better ways of putting those functions in front of the users.

As for blocking, you're probably right, though some site owners are getting much more creative in finding ways to "block your blockers."
Reply  |  Post Message  |  Messages List  |  Start a Board

@Gary-EL, I'm very aware of the irony of calling for the end of Flash on a web site that still uses Flash. I will say that this site should see the end of Flash within the next few months, but until then the irony will be thick!
Reply  |  Post Message  |  Messages List  |  Start a Board

@nomii, have you taken a serious look at the animation features of HTML5? Depending on precisely what you want to do, you might have to add some Java code, but I think that much of what folks are doing in Flash has an alternative in HTML5.
Reply  |  Post Message  |  Messages List  |  Start a Board
InformationWeek Is Getting an Upgrade!