10 Tech Tools To Engage Students
(click image for larger view)
Could the humble clicker be a simpler and more reliable way of digitizing testing in schools across America?

Turning Technologies sees an opportunity to promote a variation on the handheld devices typically used to informally poll groups of people: as a cheaper and more reliable alternative to computer-based testing, which recently has hit some rough spots in the states that have been the most aggressive about implementing it.

Turning's Triton Data Collection System allows a handheld clicker to be used in place of the color-in-the-bubble paper tests that generations of students became familiar with as a way of completing tests. The questions can still be delivered on paper, and students answer at their own pace, using the clicker's simple keypad. It's a slightly more advanced take on the clicker's use as a way for instructors to get quick feedback on questions posed to the class.

The clicker is "an older technology, but it's absolutely dead-on reliable," Tina Rooks, Turning's senior VP and chief instruction officer said in an interview.

Reliability has not been a hallmark of automated testing that relies on PCs connecting to servers over the Internet, as Indiana, Kentucky, Minnesota and Oklahoma found out this year. "Thousands of students experienced slow loading times of test questions, students were closed out of testing in mid-answer, and some were unable to log in to the tests," EducationWeek reported. "Hundreds, if not thousands, of tests may be invalidated. The difficulties prompted all three states' education departments to extend testing windows, made some state lawmakers and policymakers reconsider the idea of online testing, and sent district officials into a tailspin."

The issues were particularly pronounced in Indiana, where testing was interrupted for an estimated 80,000 Indiana students; an additional 67,000 also were said to have encountered some disruption in the process of taking the state's standardized assessment.

"We use technology a lot, so we recognize there are going to be glitches. But this was not just a glitch -- it was a complete breakdown," said Krista Stockman, public information officer for the Ft. Wayne Community Schools.

The source of the problems in Indiana was apparently server overload. When the assessment provider, CBT/McGraw-Hill, was called on the carpet at a State Senate hearing, an apologetic company president Ellen Haley explained that the load testing and simulations conducted in advance apparently underestimated the demand that occurred in practice.

Online delivery of standardized tests is being promoted as the wave of the future, partly thanks to the rise of the Common Core State Standards initiative and the assessment design work of a couple of state consortiums, the Smarter Balanced Assessment Consortium and the Partnership for Assessment of Readiness for College and Careers (PARCC). The U.S. Department of Education is also supporting the modernization of test technology. 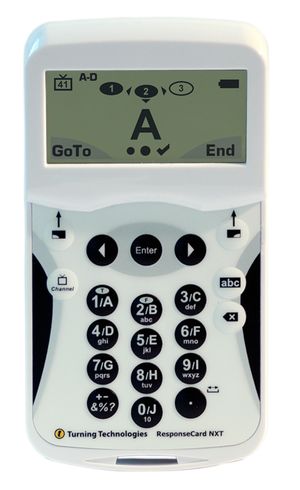 Yet there are ways of digitizing assessments without making every student's performance dependent on the performance of the network or of a remote server.

The Triton system is designed to be fail-safe and able to work in "low to no bandwidth" settings. Rather than downloading a question at a time from a remote server and posting the response, questions are delivered on paper and stored in a "triple redundant" scheme -- meaning encrypted answers are stored on the device, on a "receiver" (a classroom PC that caches the data) and on a centralized server. But if the connection to the server is interrupted, or the receiver PC fails, the answers can be relayed up the chain later. On the other hand, when everything is working right, test results are ready for analysis just as quickly as they would be if students took their tests on PCs.

Rooks argued that's a better design for high-stakes assessments. "At the moment of testing, it can't fail," so simplicity and redundancy are important, she said. The clicker solution could also be a lifeline for cash-strapped school systems wondering where the money is going to come from for all the computers and network upgrades required for online testing. With the clickers, one computer in a room can support the testing of up to 500 students, she said.

Bruce Umpstead, director of Michigan's Office of Education Technology & Data Coordination, sees potential for the technology, at least as a transitional measure. "If there was a way to use Triton in Indiana, they might not have had as many problems," he said.

Under a grant Umpstead administered, Michigan did a pilot test using an earlier prototype of Turning's assessment system for the "quasi-high-stakes" ACT Explorer test, which is a middle school or early high school test of academic readiness. After having almost 10,000 out of 100,000 test takers use the devices successfully, it's easy to see the solution scaling quickly to "be used as an interim step toward a full online solution," he said.

"This could be less expensive and I believe, in the interim, more safe and reliable" than going to computer-based testing prematurely, Umpstead said. "The schools seem to love it."

Yes, Internet connection is required. Through the tight knit co-development in Leadership Public Schools in Oakland, Calif they used clickers first and it bumped the growth of the students up from about 1.2 years of growth per school year to about 1.5 per year. Now, with the 2nd iteration of ExitTicket, those numbers are up to 2.5 years (1.7 with the first iteration) of growth per school year.

Not only are you polling for understanding, you can allow students to take exams and take checks for understanding home with them (ie, answers from the textbook chapter reviews) and they are not only automatically graded for the teacher, but teachers can monitor them real-time as they are being completed.

All of this is tracked over time to give teachers a better understanding of the concepts the student has mastered. Wifi/Mobile Internet dependency is a great trade off for such a rich learning environment.

Clickers to me are a digital version of raising your hand... ExitTicket is virtually reducing the class size and allowing for immediate intervention and reteaching on a per student level, and celebrates their growth, not just the grade they receive on an exam (which I understand this story was about, just the exam portion).
Reply  |  Post Message  |  Messages List  |  Start a Board

Correct me if I'm wrong, but sounds like you'd still be dependent on an Internet connection. This story got me wondering if that's a good idea in a high stakes testing context. Informal quizzes / student feedback scenarios are different, of course.
Reply  |  Post Message  |  Messages List  |  Start a Board

http://www.ExitTicket.org will allow you to have a much richer experience over the traditional clickers, and can be used on ANY web enabled device. No need to buy Clickers in addition to Laptops, or especially helpful in a BYOD classroom. One piece of technology to do it all.
Reply  |  Post Message  |  Messages List  |  Start a Board

This is Redundancy 101 -- a lesson EDU IT pros and their suppliers should have already mastered.
Reply  |  Post Message  |  Messages List  |  Start a Board
Editors' Choice
Hot Topics