The iOS design and development accelerator will be based in India's startup center and build Apple's global ecosystem of third-party developers at a time when its sales in countries like China are plummeting.

10 Must-Read Books For All Programmers
(Click image for larger view and slideshow.)

Apple aims to leverage its rapid growth in India with an iOS app design and development accelerator in Bengaluru, which is widely regarded as the country's version of Silicon Valley's tech startup scene, the company announced Wednesday. The move comes at a time when the company is faced with sharply declining sales in China and other major regions its serves.

At the Bengaluru facility, slated to open in early 2017, Apple experts will be on hand to provide one-on-one app reviews for developers and to hold briefings each week. The company appears to be also focused on building out its ecosystem for its programming language Swift, which is used in its iOS, OS X, watchOS, and tvOS.

"India is home to one of the most vibrant and entrepreneurial iOS development communities in the world," Tim Cook, Apple CEO, said in a statement. "With the opening of this new facility in Bengaluru, we're giving developers access to tools which will help them create innovative apps for customers around the world."

For Apple, India is poised to be a substantial market, which is opportune given the slowdown in sales it is posting in China, its second largest market after the US, as well as many other parts of the world. But while Apple's sales tanked in nearly every major region that it serves, sales in India soared 56% in the previous quarter, according to a CNN Money report. 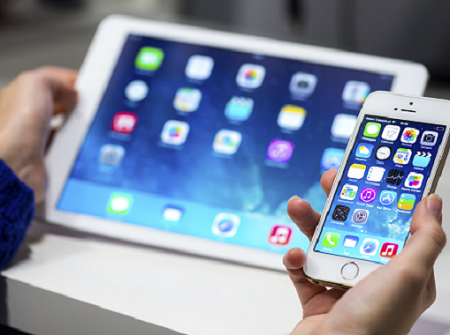 That bodes well for Apple, given that India is expected to surpass China as the most populous country in the world by 2022, CNN Money reported.

India is fertile ground for Apple because, as the company notes, in addition to the tens of thousands of developers in India who make apps for iOS, more than 1 million Bengaluru residents work in tech, and more than 40% of its graduates from local colleges and universities major in engineering or some other area of information technology.

"Apple's investment in Bengaluru through its iOS Development Accelerator will have far-reaching effects for the area's rapidly growing and highly talented developer community," NASSCOM president R Chandrashekhar said in a statement. "The skills and training they gain through this effort will significantly improve their app design and help them reach a broader market. Initiatives like these move the country forward in our efforts to advance a growth-led and sustainable technology sector."

Cook made his first trip to India as CEO of Apple on Wednesday to meet with the country's prime minister, Apple employees, and business partners, CNN Money noted.

Apple's decision to create an app accelerator in India also strengthens its ties to a country that provides the majority of H-1B workers to the US. Of the eight top H-1B employers in the US, India was overwhelmingly the main country of origin for their workers.

In addition to the accelerator in Bengaluru, the iconic computer and device maker is expected to announce plans to expand its software development center in the southern city of Hyderabad, where engineers are focusing on its Apple Maps, according to a Fortune report.

Dawn Kawamoto is an Associate Editor for Dark Reading, where she covers cybersecurity news and trends. She is an award-winning journalist who has written and edited technology, management, leadership, career, finance, and innovation stories for such publications as CNET's ... View Full Bio
We welcome your comments on this topic on our social media channels, or [contact us directly] with questions about the site.
Comment  |
Email This  |
Print  |
RSS
More Insights
Webcasts
The Experts Guide to Ransomware Response
Multi-Cloud Data Management for Modern Applications
More Webcasts
White Papers
Enabling Enterprise Resiliency Through Cyberthreat Detection
2020 Digital Transformation Report
More White Papers
Reports
A Decade of Passive DNS
Dark Reading Report: Battle for the Endpoint
More Reports