The early market for massive open online courses (MOOCs) brings more approaches than you might realize. Take a look at 8 game changers. 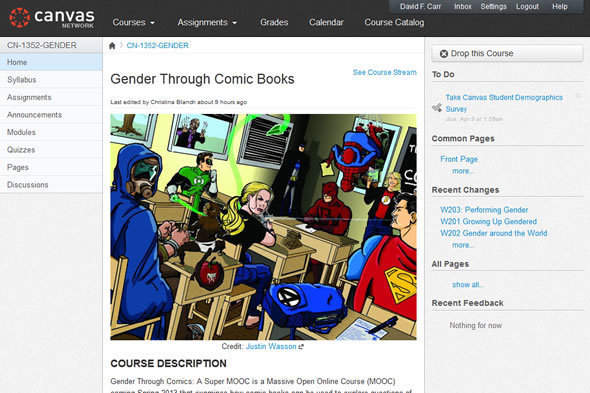 As the reputation of massive open online courses (MOOCs) has grown in higher education, a few of these initiatives have attracted the lion's share of attention. There are a greater number of MOOCs, taking more different approaches, than you might realize.

The famous ones are Coursera, Udacity and edX. These three have big-name backers and are associated with some of the world's best-known universities. Coursera and Udacity were founded by Stanford professors looking to shake up higher education, and have venture backing. EdX, a non-profit, has the stellar educational brands of Harvard and MIT behind it, as well as more cash than any other MOOC.

These MOOCs have lofty aims, to bring aspects of an elite college education to the masses, especially masses who live in countries where it's almost impossible to get access to an Ivy League-caliber education. These MOOCs also tend to focus on subjects that lend themselves to problem sets and multiple-choice quizzes, courses such as computer science, economics and mathematics, with a smattering of survey courses that, unlike their real-world counterparts, don't assign term papers, at least not yet.

But there are MOOCs for the rest of us as well. Canvas, which sells a platform used by colleges to provide classes online, is working with its customers to make those classes available as MOOCs. Pictured here: Canvas Network's "Gender Through Comic Books" course.

ALISON, perhaps the oldest MOOC, focuses on providing job skills and certification courses, with content provided by companies, trade associations and even individual experts. Udemy is a catch-all kind of MOOC, with classes for job seekers, hobbyists and casual learners, driven by people who want to teach something. Peer to Peer University is a grassroots approach to online education, reminiscent of the Chautauqua movement of the late 19th century, which brought people together in learning communities.

Khan Academy is on our list, too. Although it's not as focused on complete courses as the MOOCs, in many ways it has inspired the MOOC frenzy. Aimed largely at K-12 students, its 10-minute videos and folksy, almost crude graphics showed that online education can be effective without being stuffy, and that millions of people were hungry for education.

Today's MOOC is as democratic in its sensibilities as the lyceums of Socrates and Aristotle. Learners come and go as they will, and nobody hands out diplomas just yet. MOOCs might not stay informal, they might supplant traditional education, or they might remain a supplement; we are in the early phases of the medium, and what we hype now will be seen as humble first steps by the future.

The MOOC is on mother's milk -- little miracles that are full of possibility and not much more. Expect more experiments and some stumbles as those engaged in this new endeavor educate themselves.

Your website is very hard to read, in that the entire page refreshes on every "next page" arrow. Have you ever heard of Web 2.0? Could you please update your website to 2009 level?
Reply  |  Post Message  |  Messages List  |  Start a Board

It is now the second quarter of the new year.

Information Week only had one important New Year's Resolution this year. '"No Slide Show Articles with out a prominent 'View-as-one-page' link."