Chinese device makers are making a serious push into emerging markets, eroding the position of Apple and Samsung.

Smartphone shipments posted significant year-over-year gains during the second quarter, swelling to 295.3 million units globally, according to the research firm IDC. The market grew 23.1% from a year earlier and 2.6% from the first quarter. Samsung led the way, but Huawei and Lenovo closed the distance as sales of low-cost phones boomed in emerging markets. IDC said the market will see more than 300 million devices shipped during the third quarter, which will set a record.

Consumers are snapping up smartphones at a furious pace. Samsung shipped 74.3 million devices, giving it 25.2% of the market. It lost 7 percentage points in marketshare from a year earlier. IDC said sales of the Galaxy S5 have been strong, along with sales of the S4 and S3, which are often available at a lower cost. Despite a robust portfolio, Samsung's grip on emerging markets has loosened. 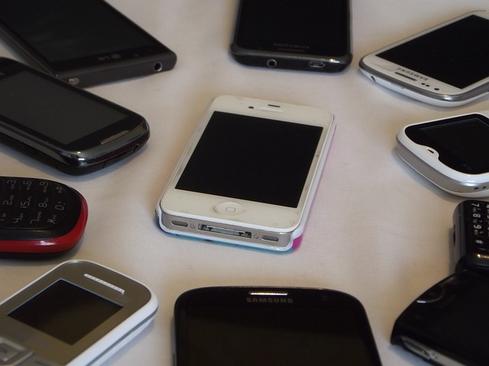 Apple's iPhone shipments are more or less in line with expectations. The Mac maker moved 35.1 million iPhones, giving it 11.9% of the market. Its year-over-year growth came in at about 12.4%. Apple's second quarter is generally slow, and IDC said Apple will continue to see slower sales until the next-generation iPhone makes an appearance. The company is widely expected to debut two larger iPhones in September, and many consumers are delaying their purchases.

Together, Samsung and Apple shipments of 109 million devices give them more than a third of the entire market.

Huawei ranked third. It shipped 20.3 million units, giving it 6.9% of the market. Its presence surged a whopping 95% from a year earlier as it made significant inroads with emerging markets. IDC credited its success to sales of 4G devices in its home market of China.

Lenovo ranked fourth. The company moved 15.8 million phones, giving it 5.4% of the market. It, too, saw impressive year-over-year growth as it ratcheted up shipments by 38%.

LG ran neck-and-neck with Lenovo. It shipped 14.5 million devices (a record for the company), giving it 4.9% of the market. LG benefited from its midrange devices most, according to IDC. Its flagship phone is selling well in the US, but the company's push into emerging markets helped dramatically.

"As the death of the feature phone approaches more rapidly than before, it is the Chinese vendors that are ready to usher emerging market consumers into smartphones," Melissa Chau, senior research manager with IDC, said in a press release. "The offer of smartphones at a much better value than the top global players but with a stronger build quality and larger scale than local competitors gives these vendors a precarious competitive advantage" in select markets.

With the year half gone, it appears as though industrywide shipments will reach close to 1.2 billion come December. Given that mature markets are generally saturated or close to saturation, all the growth is coming from emerging markets. The flagship phones may drive profits, but mid-range and entry-level devices are clearly driving growth.

Eric is a freelance writer for InformationWeek specializing in mobile technologies. View Full Bio
We welcome your comments on this topic on our social media channels, or [contact us directly] with questions about the site.
Comment  |
Email This  |
Print  |
RSS
More Insights
Webcasts
What We Can Learn from Sports Analytics
Strategies for Success with Digital Transformation
More Webcasts
White Papers
2020 Threat Hunting Report
Full Body Exposure: CybelAngel Analysis of Medical Data Leaks
More White Papers
Reports
The State of Cloud Computing - Fall 2020
How IT Security Organizations are Attacking the Cybersecurity Problem
More Reports

Nice piece Eric with some interesting insights. On a recent trip to Africa ( I was in Nairobi for a few weeks) I noticed something very similar but probably not captured in this survey. The Smartphone market is booming over there but even though I did not carry out a professional survey of the facts and simply used my observations, you wouldn't guess the name of the brand that was at the top in both Smartphones and tablets.....Techno! its like the iPhone here in the States!
Reply  |  Post Message  |  Messages List  |  Start a Board

That is the fact. The demand for smart phones is more in ll over the world. Now most people are least bother about brands. Everyone prefer good phone these days.
Reply  |  Post Message  |  Messages List  |  Start a Board

How much of this can be attributed to protectionism in the Chinese market?
Reply  |  Post Message  |  Messages List  |  Start a Board

I'd be interested to see if that "other" group contains a lot of Sony handsets. It's recent Xperia line of Z1 and Z2 handsets have been very good and Sony posted big profits this quarter.
Reply  |  Post Message  |  Messages List  |  Start a Board