Six Inevitable Technologies and the Milestones They Unlock - InformationWeek

Grand-scale technologies act as nodes of progress that spark continued innovation. Here are several that will continue to impact society.

If we were to go back 50 years in time and demonstrate modern technology to someone, it might appear indistinguishable from magic. Consider the smartphone. To have within the palm of your hand one device that you can use to send instant messages, read books, pay bills, make movies, and even find love would seem unimaginable. Yet this reality has all been made possible by key breakthrough technologies that were revolutionary -- and, some might argue, inevitable.

Kevin Kelly, co-founder of Wired magazine, once observed that grand-scale technologies are predictable because they have an inherent direction. He uses the analogy of gravity. Imagine raindrops falling on a hill: though we cannot predict the exact route of each droplet, their general direction will inevitably be downward. Similarly, Kelly says, the phone was inevitable, but the iPhone was not, and the Internet was inevitable, but Twitter was not. In other words, large technological advancements act as "nodes of progress" from which sparks of creative innovation flourish.

Below are six technological nodes that can and will continue to have a deep and enduring impact on modern life, communities and business.

Of all the technologies that make up a smartphone, the one that has contributed most to making powerful computing affordable and portable is the transistor. Developed by Bell Labs in 1947, this semiconductor has since then followed Moore's Law: the number of them in a circuit has doubled approximately every two years. Over the last 50 years, this nearly incomprehensible factor of change -- equivalent to a house that cost half a million dollars in 1964 being available for a nickel today -- accelerated technological progress significantly, allowing us to go from expensive, room-sized computers to the personal devices that many people use every day. 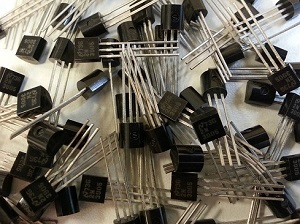 If the transistor is the neuron of the smartphone, then the lithium-ion battery is its heart. Portable, energy-dense, and able to hold their charge for longer than other batteries, lithium-ion batteries now power all computing gadgets. These batteries are also core to a future of sustainable progress: The Tesla Model S holds 12 kilograms of lithium, and the grid solutions that will help balance renewable energy will depend on it. Demand for lithium is expected to grow eight-fold by 2027, much of it coming from a major push to electric vehicles in China. The home battery industry has also launched recently, with many companies competing to capture this market, and the fast-growing personal mobility market has only begun with the explosion of electric scooters. 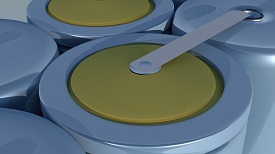 Perhaps the biggest “node” of the Information Age is, of course, the Internet. Today the Internet is so ubiquitous that we take it for granted, like electricity or ballpoint pens. But while the Internet was founded in 1969, it was only when computer scientist Tim Berner-Lee presented an "information management system" called the World Wide Web that this extremely powerful tool became accessible to the masses. Leveraging two critical technologies -- the hyperlink, which provided infinite cross-referencing of information, and the graphical user interface (GUI) -- the World Wide Web remains the most commonly used tool on the Internet today. 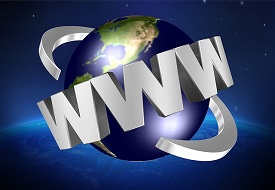 While still in a rudimentary state, artificial intelligence (AI) has the power to revolutionize our lives and work. First coined in 1956, AI has continued to advance nearly every industry since --automating rote activities and improving predictive models through pattern recognition -- and the next generation will augment human capability in order to help people work smarter and faster. AI advancements such as Lifelong Deep Neural Networks, which mimic the human brain, will eventually enable software to learn continuously and tackle a wide range of increasingly complex problems. These advancements raise problems of their own, of course, and many key stakeholders are grappling with the ethical, economic, and behavioral implications of AI. As AI is integrated further into our lives, the need for increased attention and regulation around these inherent risks will only grow. 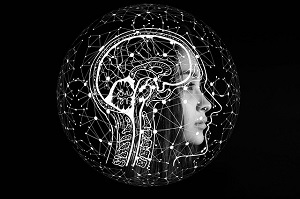 Quantum computers leverage quantum mechanics to expand computing beyond the binary-based “classical” method and promise to solve problems considered impossible for today's computers. Quantum computing, which was conceived in the 1980’s, is still relatively new and will not be ready for everyday use soon. It offers game-changing potential in fields including optimization,  chemistry, and AI. In medical research, quantum computing can lead to faster drug discovery and allow for personalized medication; in financial services, it could help optimize portfolios, improve trading algorithms, reduce fraud, and manage risk. Both existing tech giants and VC-backed startups are heavily investing in quantum computers as the competition to actualize this revolutionary technology continues to heat up. 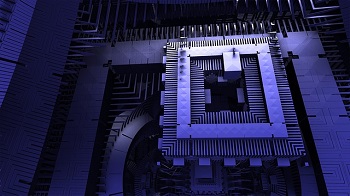 Created in 2017 by Ericsson, 5G is the fifth generation of another foundational technology: cellular networks, which transmit voice, data, and other types of content via radio waves. By tapping into a broader range of frequencies than its predecessors, 5G will enable parties to transmit and process greater volumes of data faster than ever before, removing many of today’s network constraints and paving the way for machine-to-machine and human-to-machine experiences once thought impossible. Handling exponentially more connections than 4G, 5G will also enable the Internet of Things (IoT) to go beyond smart homes to fully smart cities. While 5G networks are still being rolled out worldwide, researchers have already begun to work on 6G. 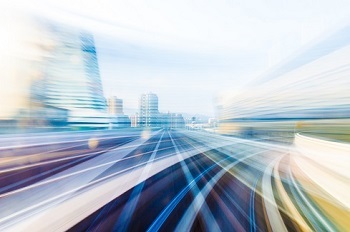 “Nodes of progress” such as these can often seem inevitable in hindsight, but it is the rare person who sees them coming in advance. Even the nascent technologies listed above could enable a vast array of innovations that we cannot yet foresee. We do know, however, that changes are coming that will impact people, businesses, and communities across the world. Scouting the tech horizon and tracking trends in adjacent fields can help leaders anticipate these changes and harness future opportunities, including more mass sharing, more intense personalization, and more focus on accessing services instead of owning assets.

We are just beginning to understand the unintended consequences and the risks that these new technologies bring. Widespread adoption will not happen overnight, and while the opportunity to create is unlimited, these nodes of progress are few and far between. With the pace of progress accelerating, now is the time to start thinking about how these technological evolutions will impact us tomorrow and prepare to meet them head-on. 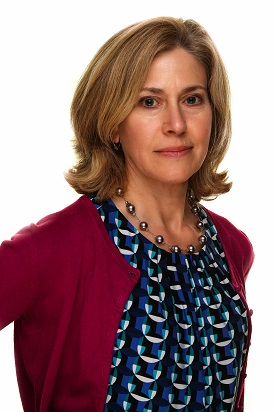 Beth Devin is the Head of the Innovation Network where she oversees Citi Ventures’ emerging technology practice. In collaboration with internal and external partners, Devin’s team stays abreast of frontier technologies and dives deep to understand and experiment with tech that intersects with Citi’s business. By pairing a deep understanding of a technology’s potential and limitations with insight into business priorities and client needs, Citi Ventures can advocate for and support the adoption of next-generation technologies that have the potential to deliver net-new value for Citi clients.

The InformationWeek community brings together IT practitioners and industry experts with IT advice, education, and opinions. We strive to highlight technology executives and subject matter experts and use their knowledge and experiences to help our audience of IT ... View Full Bio
We welcome your comments on this topic on our social media channels, or [contact us directly] with questions about the site.
Comment  |
Email This  |
Print  |
RSS
More Insights
Webcasts
The Failures of Static DLP and How to Protect Against Tomorrow's Email Breaches
Strategies for Success with Digital Transformation
More Webcasts
White Papers
2020 Gartner Market Guide for Network Detection & Response
The 2020 Duo Security Trusted Access Report
More White Papers
Reports
Assessing Cybersecurity Risk in Todays Enterprises
IDC FutureScape: Worldwide Digital Transformation Predictions
More Reports