FCC Needs To Be A Spectrum Hero - InformationWeek 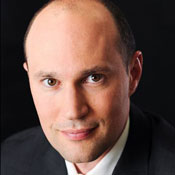 50%
Tweet
FCC must ensure the spectrum auction is fair to all wireless carriers, from the smallest to AT&T and Verizon, or we all lose.

Samsung Unleashes New Mobile Devices: Visual Tour
(click image for larger view)
The first issue of Marvel Comics' The Fantastic Four was released in 1961. Almost immediately, Sue Storm, also known as Invisible Girl, was relegated to the role of damsel in distress. But her persona started to change a few decades later, as artists began amplifying her powers from simple invisibility to superpowers that, at the time, we couldn't have imagined.

What does this trip down geek memory lane have to do with technology? If our tech community is akin to a modern-day Fantastic Four, then spectrum is the damsel in distress, held hostage by entities such as federal government agencies that are not using spectrum efficiently. But much like Sue Storm, spectrum is much more than invisible -- it has superpowers.

How we use spectrum and what we expect it to deliver to us has evolved over the years: from radio to radar, television to cellphones, baby monitors to garage door openers.

Now we are in the age of mobile broadband, and its unprecedented popularity is forcing the wireless industry and the federal government to debate how best to deal with access to the airwaves.

[ Is a spectrum windfall on the way? Read White House Eyes Spectrum Sharing With Private Sector. ]

To free up more spectrum, the FCC will be holding "incentive auctions" as early as 2014. Broadcasters will be compensated for voluntarily offering up their spectrum so it can be auctioned to wireless carriers in order to support the tremendous growth in demand for mobile broadband. But as with any regulatory effort, there are differing views of how the auctions should be conducted.

Parties including T-Mobile and Sprint have asked the FCC to favor their spectrum bids while seeking to impose artificial restrictions on the participation of Verizon and AT&T in the auction. By trying to impede Verizon and AT&T, T-Mobile and Sprint seek to further their spectrum position in the marketplace and hinder the mobile video, Internet, data and voice connections of users who are not T-Mobile or Sprint customers.

The fact is all carriers need spectrum to deliver advanced high-speed mobile broadband to consumers. If some carriers, even the biggest ones, are unfairly restricted and unable to bid for the spectrum needed, the customer loses. We will see more dropped calls, slower data speeds and an inability to tap the full potential of mobile devices. Worse, the increasingly vital mobile application industry will also suffer.

The need for more spectrum is only going to grow over the next few years -- by an estimated 35 times by 2015, according to the FCC -- so it's essential that every qualified bidder, big and small, be permitted to bid competitively and increase its network capacity.

Unlike Marvel's Fantastic Four, there doesn't have to be a villain in spectrum's story. Elected and industry leaders can heroically embrace policies that acknowledge the demand and support an increased supply of spectrum. By keeping spectrum auctions open to all bidders willing to fork over cash and put airwaves to use quickly for consumers, the FCC can ensure that mobile broadband continues to be a powerful force for consumers and for America's economy.

The old way of thinking limited Sue Storm's powers for decades. The FCC must make sure it does not limit carriers from competing for spectrum. That way, we can live in a world where everyone has superpowers.

I respectfully disagree - AT&T and Verizon deserve to strongly limited, if not outright excluded, from acquiring more spectrum space and enhancing their near monopoly status. I'm free market guy, and it pains me to say this.

These two carriers built out their networks using funds from their land line and long distance business, which had near-monopoly status granted by various levels of government. . Residential and business users had no choice but give their phone business to Verizon (formerly Bell Atlantic). These forced-subsidies were not available to the Cellular-only carriers like Sprint and T-Mobile.

When you look at cell phone plans it gets even worse. Verizon and AT&T charge almost the exact same amount for a given plan; the other carriers don't have the spectrum or financial resources to compete nationwide to provide lower costs for consumers. If permitted to bid, AT&T and Verizon will enhance their duopoly status, and make it even harder for other firms to compete.

Please contact the FCC and your representative. Say yes to more competition, and no to giving more power to the monopolies.
Reply  |  Post Message  |  Messages List  |  Start a Board
Editors' Choice
Hot Topics