An uptick in PC market growth is good news, but analysts predict slow progress in the coming year.

Global PC shipments totaled 83.7 million units in the fourth quarter of 2014, exhibiting an increase of 1% from 2013, according to preliminary research results from Gartner Inc. The data reveals slow but consistent improvement in the market, which has been in decline for more than two years.

Some in the PC industry are looking for the release of Microsoft's Windows 10 this year to give the market a boost, but Gartner's research indicates that the operating system will not move either enterprise buyers or consumers to refresh their machines, at least initially.

Gartner's results include data for the sales of all desk-based PCs, notebook PCs, premium ultra mobiles, and Windows-based tablets; Chromebooks and non-Windows-based tablets are not included in the data. Mikako Kitagawa, principal analyst at Gartner, explained in an interview with InformationWeek that the Windows Surface, with its attached keyboard, more closely resembles a PC than an Apple iOS or Android-based tablet.

Lenovo took the top spot in Gartner's research, with 19.4% global market share in the fourth quarter. Dell and Hewlett-Packard were close followers, with market shares of 18.8% and 12.7%, respectively.

Mature markets exhibit an ongoing trend of positive growth. PC shipments in the US totaled 18.1 million for the fourth quarter of 2014, a 13.1% increase from the previous year. However, emerging markets continue to show weakness in the PC space. This weakness, said Kitagawa, is linked to these buyers' stronger preference for smartphones and tablets. PCs remain a low priority in emerging markets.

[Windows 7 users: It's time to think about that next upgrade. Read Windows 7 Mainstream Support Ends.]

Despite some sluggish movement in emerging economies, Kitagawa said the market appears to be improving, and the PC-versus-tablet debate among consumers is diminishing. "When the PC market was in decline, people were saying PCs were old." But this isn't "the death of PCs. The market will go back to slow but consistent growth going forward." 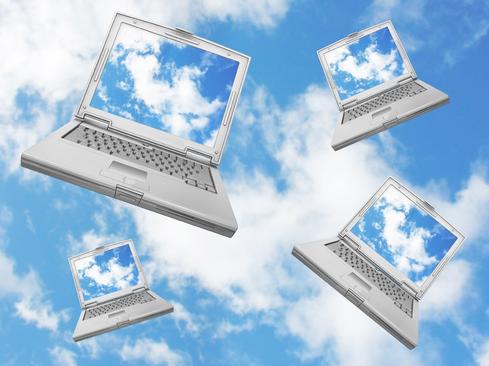 Now that tablet computers have mostly penetrated some key markets, consumers are slowly shifting their spending back to PCs, specifically mobile PCs, which were the primary market driver for the fourth quarter of 2014. This includes regular, thin, and light laptops, in addition to those with bendable or detachable screens.

This progress, Kitagawa said, indicates that the PC market is stabilizing in the wake of the tablet boom. As time goes on, people will be less device-specific. Hybrid products that combine the functionality of PCs and tablets will gain popularity.

Kitagawa expects the launch of Microsoft's Windows 10 to do little to boost the market share of Windows-based PCs, noting that an OS upgrade doesn't generate much new demand. Moving forward, Microsoft would benefit from a more user-friendly interface as consumers dislike major change. The transition from Windows 7 to Windows 8 was not well received, and it has taken years for people to ease into adopting the software.

However, other industry experts seem to think that the much-anticipated upgrade, combined with other factors, could help propel the PC market forward. "Moving forward, the US PC market should see flat to slightly positive growth," said Rajani Singh, senior research analyst at IDC, in a press release. "The US consumer PC market will finally move to positive growth in 2015, strengthened by the slowdown in the tablet market, vendor and OEM efforts to rejuvenate the PC market, the launch of Windows 10, and the replacement of older PCs."

The IDC Worldwide Quarterly PC Tracker also measured PC market growth and shared its predictions for the coming year, which differ slightly from those at Gartner. Lenovo is still No. 1, with 19.9% market share, while HP and Dell follow at 19.7% and 13.5%, respectively.

Gartner's preliminary data did not place Apple among the top five global PC providers, but IDC's research places it fifth on a global scale, with 7.1% market share for the fourth quarter of 2014. IDC indicated that Apple sold 5.75 million units in the quarter.

That said, there remains some debate over Apple's stance in the PC market. In a note to investors, Trip Chowdhry, a financial analyst with Global Equities Research, wrote that Apple controls a larger portion of the market, due to heightened enterprise IT spending in the later portion of the fourth quarter and the belief that Macs are replacing Sony products within the enterprise. GER claims that IDC's Mac shipment numbers are off by at least 200,000 units.

Kelly Sheridan is the Staff Editor at Dark Reading, where she focuses on cybersecurity news and analysis. She is a business technology journalist who previously reported for InformationWeek, where she covered Microsoft, and Insurance & Technology, where she covered financial ... View Full Bio
We welcome your comments on this topic on our social media channels, or [contact us directly] with questions about the site.
Comment  |
Email This  |
Print  |
RSS
More Insights
Webcasts
Monitoring Critical Cloud Workloads
4 Practical Tips for Building a Data Lake
More Webcasts
White Papers
Palo Alto Networks Zero Trust Maturity Model
Must-Read Research: Why Sustainable 5G Networks are a 150-Year-Old Problem
More White Papers
Reports
A Practical Guide to Enabling 5G Deployments
The State of CCPA 2021
More Reports

@whoopty- Well, there are a couple of things here, I think. One, Microsoft has been saying that the price of Windows 10 will be very cheap (and possibly free) so the dynamic might change a bit. Second, the reasonf or the bump in the past is that people who are looking to replace PCs near the end of the life cycle of one OS, sometimes wait for the next OS so they don't fall behind. This is more true among consumers. Finally, a new OS gets people talking about computers again and makes people think about buying new ones. PCs don't have the same new car style of economy. A new version of a PC won't get people to wait in line. So the OS is the equivalent to announcing a new iPhone or Galaxy.
Reply  |  Post Message  |  Messages List  |  Start a Board

@jastroff- Yes, Lenovo is doing so well I wonder if it makes IBM wonder if it did the right thing by selling their PC line to them.
Reply  |  Post Message  |  Messages List  |  Start a Board

@Susan- I suspect you are right, but I suspect the distinctions that are saving people in the short term (hey look we're number three in a growing market even though we only make desk top PCs and crummy laptops) are what will kill those companies in the long run. By propping up industries by playing with figures you just hide the truth.
Reply  |  Post Message  |  Messages List  |  Start a Board

@David: I don't think the manufacturers themselves have caught up with your way of thinking about this, Dave, and so the separation still matters to them in terms of how they track performance. In most cases, these products (PCs, tablets, smartphones) are handled by entirely different groups within the vendor organizaiotns and have different supply chain processes accompanying them.

Eventually, all of this will merge, both in form factor and in our ways of thinking about it, but for now the distinctions are still very real for many folks in terms of their livelihood and business structure.
Reply  |  Post Message  |  Messages List  |  Start a Board

I think the most interesting thing about this is that it seems like part of the reason for uptick is the expansion of things that weren't PCs just a few years ago. A Surface tablet is a PC. A Chromebook is a PC. A convertible is a PC. In some cases these things literally weren't in existence when the PC market starting the downturn. In some cases they were just starting out.

Why make the distinction anymore? I can't think of any computer more personal than my phone. I wonder if there is a good reason to be making these types of splits or we're just playing with numbers to make sure the analyst predictions come out right.
Reply  |  Post Message  |  Messages List  |  Start a Board
InformationWeek Is Getting an Upgrade!