Is Microsoft's Office 365 Personal right for you? Here's what you need to know.
Windows 8.1 Update 1: 10 Key Changes
(Click image for larger view and slideshow.)

This week Microsoft announced Office 365 Personal, a version of the cloud-based subscription service that will become available this spring. Since its launch in July 2013, Office 365 has tallied more than 3.5 million consumer subscribers. Will the new version help the service further expand its reach? Here are five essential facts about Microsoft's newest Office offering.

2. One tablet? Don't you mean one Windows tablet?
Microsoft is being a little coy about this one. The company hasn't yet released native versions of Office for non-Windows platforms, so until further notice, Office 365 applies by default only to Windows slates.

But Microsoft is usually pretty fastidious about differentiating Windows tablets from their iPad and Android rivals. The company included broad and seemingly agnostic references to tablets in its latest messaging, which has led many to speculate that Office for iPads and Android tablets could arrive this spring alongside Office 365 Personal.

Reuters reported this week, citing unidentified people close to Microsoft, that the company has already completed a version of Office for iPads and Android slates. New CEO Satya Nadella is reportedly weighing when to bring the new products to market. Reports from earlier this year claimed Microsoft plans to debut Office for the iPad this summer, perhaps even before it releases touch-first Office apps for Windows 8.1's Modern UI. For their part, Microsoft execs have confirmed that Office versions for non-Windows tablets are coming, though they haven't provided concrete details. 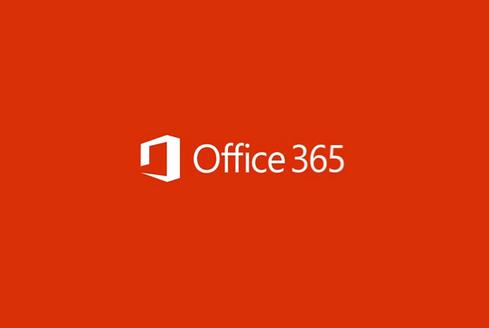 4. Why shouldn't I just pay $30 more to get the Home version?
If you don't have multiple devices in your household, Office 365 Home is probably overkill. That said, by pricing Office 365 Personal relatively close to Office 365 Home, Microsoft likely hopes to upsell some customers. But with iWork, Google Docs, and so many other free alternatives gaining mobile market share, it remains to be seen if Microsoft has targeted the right price.

5. Is anything else changing?
Yes. For Microsoft, Office 365 represents several opportunities. First and foremost, it replaces traditional licenses, a one-time source of revenue, with perpetual subscriptions. Second, it allows the company to push new technologies more rapidly to users. The company recently integrated a number of analytics tools and collaborative functions into Office 365, for example, and Microsoft execs have spent months alluding to the promise of new interaction models, including touch and voice.

Microsoft founder Bill Gates, who will be serving as an advisor to Nadella, added fuel to the fire this week. In an interview with Rolling Stone, he said that Office has been successful due to constant tuning, but that the product now needs more than "more than a tuneup."

Other online reports state Microsoft will soon release a free version of OneNote for Macs, and Office exec Thorten Hübschen told German website Computerwoche that a new version of Office for Macs (now overdue, based on historical releases) will arrive later this year.

Michael Endler joined InformationWeek as an associate editor in 2012. He previously worked in talent representation in the entertainment industry, as a freelance copywriter and photojournalist, and as a teacher. Michael earned a BA in English from Stanford University in 2005 ... View Full Bio
We welcome your comments on this topic on our social media channels, or [contact us directly] with questions about the site.
Comment  |
Email This  |
Print  |
RSS
More Insights
Webcasts
Protecting Your Enterprise's Intellectual Property
How Elite Analyst Teams are Transforming Security with Cyber Reconnaissance
More Webcasts
White Papers
A Practical Guide to SASE Migration
IDC Workbook: Best Practices for Cloud Security
More White Papers
Reports
2020: Threats in Review
Email Security Threat Report 2020
More Reports

@Salb... I don't understand how you can say MS pulled the rug out from under you with XP. How long do you expect MS to support an OS? 98 wasn't supported forever. Yes XP doesn't compare with 98 but the premise is the same. All companies drop support eventually. Windows 7 is a good alternative if you don't want to go to 8.

As for 365, I think your pretty safe with that. MS seems to have done something right with Office 365.
Reply  |  Post Message  |  Messages List  |  Start a Board

Fear not. The wisdom of Bill Gates once again governs MS engineering. No way the difference between business and personal use of computers will continue to be ignored.
Reply  |  Post Message  |  Messages List  |  Start a Board

Wrong and wronger: Office 365 is a good deal at $6/month and will become even better for personal use once MS meets Google cloud price of $2/month  2) MS/Office is near useless on mobile devices and EXCEL and Word Apps must be completely redesigned for mobile devices like iPads and iPhones.

Contrary to the ignorati who use the BYOD expitive to characterize the devices carried by the future enterprise leadership. People who carry those devices have been supporting top management 24/7 for five years and have become aware that Office Apps are user unfriently.
Reply  |  Post Message  |  Messages List  |  Start a Board

I don't trust MS, they might pull the rug out from under me again. like they did with XP.  So , it is google docs. and Kingsoft office free for me
Reply  |  Post Message  |  Messages List  |  Start a Board

Fully agree! If it is personal or home use you might as well use LibreOffice. Not only is it free, but it will also run without Internet connection. If you like it, donate a fraction of the annual MSO365 cost to the LibreOffice project and buy a USB drive to keep files mobile.

I yet have to see any reason to have an office suite on a tablet. Who will be writing documents using a soft keyboard that takes up half the screen? This "we gotta have Office on tablets" debate just shows how ridiculously stupid the entire mobile market is. What's next? Full blown MS Office on a smartphone with a 4" screen? Sure, we all will do our PowerPoint presentations that way....*rolleyes*
Reply  |  Post Message  |  Messages List  |  Start a Board

I'm with you, Bubbles. How, indeed, did America become America without the aid of India and China? What they offer is cheap labor fueled my desperation and poverty, and nothing else. As for Microsoft Office, how many different ways can you repaint and repackage the same old Vegematic and still find new customers for it on late night TV or online, as the case might be? I still use Office 2000, and if I occasionally have to convert a docx file to doc, it's easy enough to do so.
Reply  |  Post Message  |  Messages List  |  Start a Board

Office 365 is cloud-based, but does not require use of the cloud; like you, I am not a fan of putting my data on the cloud, so I don't even though I have multiple 365 subscriptions (one Home Premium and one for work). There is nothing in the versions of office I use that requires putting and data on the cloud.
Reply  |  Post Message  |  Messages List  |  Start a Board

Heck, MS imports the people from India through visas. I blame Windows 8 and that blue ribbon in Office on these imports which was reinforced by Ballmer's total lack of vision and reality. India has a pervasive wide spread poverty problem, it's over crowded, corruption on multiple levels and is a 3rd world country. Why in the world the tech companies think this is a hot spot for visionaries and high skills totally eludes me. You've got to wonder how America ever evolved to become the largest economy in the world with the highest standard of living and then founded all the Tech Giants without the help of these mythical lands overseas. If these people are so wonderful, you've got to ask why their country(s) is so backwards.
Reply  |  Post Message  |  Messages List  |  Start a Board

Microsoft has employed Akamai's Linux-based servers to protect its Microsoft.com Web site and reduce the site's vulnerability to viruses, worms and denial of service attacks.

That said, if all products which are available on Windows were available on a more secure OS then IT managers will move to Linux.
Reply  |  Post Message  |  Messages List  |  Start a Board
Page 1 / 2   >   >>
Editors' Choice
Hot Topics