Stock exchange is consolidating networks to save $40 million annually

It costs the Nasdaq Stock Market Inc. $100 million per year to run its networks. But Phil Marie has a plan to change that.

The senior VP of network and Web operations is making a one-time, $50 million investment in new hardware to consolidate Nasdaq's 15 networks, including trading systems, corporate networks, and its internal voice network. He expects the move will save Nasdaq $40 million a year without sacrificing network service quality.

As Nasdaq grew, every new service was given its own network. At one time, there were good security reasons not to consolidate networks. With different types of traffic on one network separated only by an IP address, it's possible someone could change the IP address to get at data he or she isn't authorized to see, Marie says. "We wouldn't allow corporate data on the [same] network with our trading system." 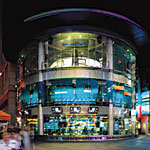 But that strategy is bulky and expensive. In addition, the stock market and traders are no longer comfortable having all their network operations reliant on one vendor, Marie says. MCI (formerly WorldCom) runs all 15 of Nasdaq's networks. While its high-reliability network services have never faltered, there's some concern over entrusting all network operations to the financially troubled telecom provider.

So the plan is to build the Nasdaq Intelligent Network, a single network based on Cisco Systems' Multiprotocol Label Switching that runs on two physical backbones provided by two yet-to-be-determined service providers. MPLS maintains data security and integrity because it labels and groups different kinds of network traffic. For example, trading activity would be labeled network one, while corporate E-mail would be labeled network eight. "This logically partitions the network with a hardware-enabled labeling, so we get the physical separation with labels versus having to have physical network separation or rely on IP addressing to assure the split," Marie says. Quality-of-service parameters are maintained, "so trading and market data would get priority over something like corporate data."

Nasdaq is installing a variety of Cisco routers on the network. It chose the vendor because its routers scale from small systems to larger equipment. Cisco also provided consulting services. Marie's own credentials are sharp: Nasdaq hired him two years ago after he redesigned Galileo International's network. Galileo, a subsidiary of Cendant Corp., provides electronic global distribution services to the travel industry.

The network's primary backbone should be finished by year's end, and Nasdaq will then transfer activities in stages to the new system. The secondary backbone will go live in June 2004. Nasdaq traders will have to do some testing as they transition to that backbone, but they'll be able to reduce the number of Nasdaq routers they have on site, Marie says. "We have customers that have 20 T1 lines with 20 routers and 20 switches. We're taking them down to two of each," he says. "So their management is easier because there's only four devices on site and two connections."

But with network operating costs expected to drop 40% by 2005, Nasdaq's in for a big benefit, too.

We welcome your comments on this topic on our social media channels, or [contact us directly] with questions about the site.
Comment  |
Email This  |
Print  |
RSS
More Insights
Webcasts
Monitoring Critical Cloud Workloads
Disaster Recovery/Business Continuity in the New Normal
More Webcasts
White Papers
4 Key Elements of an ML-Powered NGFW: How Machine Learning is Disrupting Security
The State of Zero-trust Security Strategies
More White Papers
Reports
A Practical Guide to Enabling 5G Deployments
A Decade of Passive DNS
More Reports