Sightings on an AnTuTu benchmark page have revealed results likely generated by the unannounced Samsung Galaxy S7, leaking a spate of specs.

Samsung's next-generation flagship smartphone will be here before we know it. With CES in the rearview mirror, Mobile World Congress is the next major mobile tech trade show looming on the horizon. It's the stage on which Samsung is expected to reveal the Galaxy S7. Today, we know just a bit more about the S7, thanks to performance tests spotted on AnTuTu.

A device called the SM-G935A appeared in AnTuTu's database recently. The model number is similar to those used by previous Samsung Galaxy handsets and the specs outed by the test suggest it can only be the S7, rather than some other phone. The "A" in the model number implies a variant, such as an Edge model, or carrier-specific version.

The Galaxy S7 runs Android 6.0 Marshmallow and includes a 5.1-inch screen with 2,560 by 1,440 (quad HD) resolution. Notably, the Qualcomm Snapdragon 820 SoC powers the handset along with 4GB of RAM. Only the most advanced handsets will use Qualcomm's flagship processor. Samsung used its own Exynos chip in the Galaxy S6 and variants. The Snapdragon 820 will certainly form the engine of any Galaxy S7s that reach the US, though Samsung may stick to Exynos for its home market of South Korea. 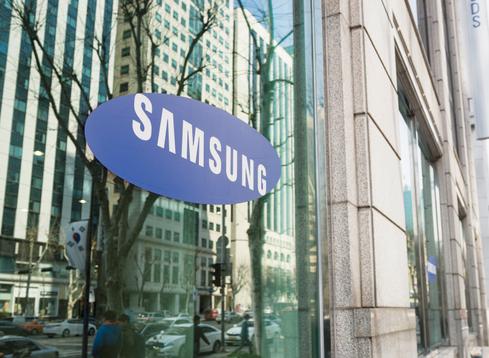 Interestingly, the AnTuTu specs suggest the S7 will have a 12-megapixel camera. That's significantly fewer pixels than the 20-megapixel shooter on the S6. Some believe Samsung will rely on its Britecell technology, which produces higher-quality images in a smaller sensor.

The phone is widely expected to mirror the design and appearance of the S6. It will feature a metal frame (possibly a magnesium alloy) and glass panels on the front and back. Samsung will add support for memory cards to the S7, a feature the S6 lacked and for which Samsung took a pounding. The memory card will be accessible through a tray along one of the side edges.

A version of Apple's 3D Touch is headed to the Galaxy S7, as well. On the iPhone 6s, 3D Touch calls up secondary actions and menus when the glass display is pressed more firmly. Samsung hasn't said how it will integrate this feature into the Galaxy S7.

Most other aspects of the new phone will be carried over from the S6, including the fingerprint sensor, Samsung Pay, and camera features.

The S6 was not nearly as successful as Samsung hoped, and the S7 isn't going to be materially different. (Hopefully, Samsung still has a few surprises up its sleeve.) Samsung replaced longtime mobile chief J.K. Shin in December with Dongjin Koh. Koh took the reins too late to make changes to the S7, but his influence will be evident in handsets seen later in the year.

We can tentatively pencil in Feb. 21 as the Galaxy S7's official public debut. Samsung typically schedules its Mobile World Congress press conference the day before the trade show officially opens in Barcelona.