Qualcomm gave its top-of-the-line Snapdragon mobile processor a minor spec bump to target the best smartphones slated for the second half of the year.

Moore's Law still marches forward to some degree, and so must mobile processors. The Snapdragon 820, which began shipping early this year, is widely regarded as the best processor for flagship smartphones and tablets. Barely in the market six months, Qualcomm has already named the 820's successor.

On Monday, Qualcomm announced the Snapdragon 821, a chip it says was engineered to run faster, consume less power, and push applications harder than the Snapdragon 820. The 821 carries over the 820's best characteristics. It is a system-on-a-chip that packages together a Kryo quad-core CPU, a LTE radio, an Adreno GPU, and image signal processing for advanced cameras.

The Snapdragon 820 is no slacker. It's the core of today's best smartphones, including the HTC 10, the LG G5, the Galaxy S7/Edge, and the Sony Xperia X. All these devices deliver blistering speeds, fantastic cameras, and good battery life. These phones are among the leaders in advanced features, such as virtual reality, something the Snapdragon 820 excels at. 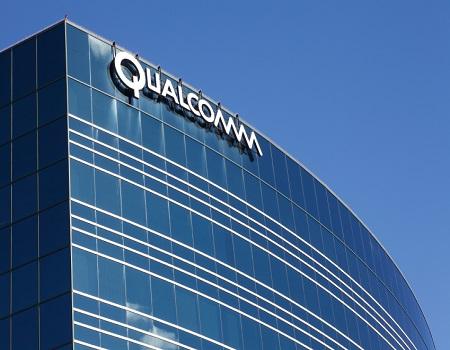 The Snapdragon 820 isn't going away, says Qualcomm. "Rather than replace the Snapdragon 820, the 821 is designed to complement and extend the competitive strengths of our Snapdragon 800 lineup," explained the company in a blog post.

So what's different with the new chip? Speeds and feeds, according to Qualcomm. The Snapdragon 820 topped out at clock speeds of 2.15 GHz. Qualcomm was able to push the Snapdragon 821's clock speed up to 2.4 GHz, a figure it refers to as 10% faster. That's the only specific detail Qualcomm provided about the 821.

The 820 is being manufactured by several different companies, including Taiwan Semiconductor and Samsung. The same firms will likely fabricate the 821. Samsung is using its 14nm LPP process to make the 820. It's unclear if that will change for the 821, but probably not.

"The Snapdragon 821 will help set a new bar for smartphones, tablets, mobile VR head mounted displays, and other new devices," said Qualcomm in its announcement. The 820 already set the bar fairly high. As long as the 821 can clear that bar with room to spare at the top, Qualcomm's new chip will no doubt be another winner.

Qualcomm says it expects that the Snapdragon 821 will ship in consumer devices during the latter half of the year. Right now, it's unclear just what those devices might be.

The Samsung Galaxy Note 7, headed for an early August debut, is expected to ship with the Snapdragon 820. So too will Motorola's Z Droid smartphones for Verizon Wireless.

The IFA trade show in Berlin is on the horizon. The show kicks off August 31, and already Lenovo, Huawei, and Acer have press events on the calendar. It's likely we'll learn about the first Snapdragon 821 devices at IFA.

Eric is a freelance writer for InformationWeek specializing in mobile technologies. View Full Bio
We welcome your comments on this topic on our social media channels, or [contact us directly] with questions about the site.
Comment  |
Email This  |
Print  |
RSS
More Insights
Webcasts
What We Can Learn from Sports Analytics
Strategies for Success with Digital Transformation
More Webcasts
White Papers
A Technical Deep Dive on Software Exploits
Centralized Security Policy Management Across Hybrid Cloud Environments Should be an Obvious Strategy
More White Papers
Reports
The State of Cloud Computing - Fall 2020
The Drive for Shift-Left Performance Testing
More Reports