The FCC is slated to approve a controversial plan for net neutrality -- but that won't be the end of the matter.

After months of fighting, negotiations, activism, public comments, press conferences, and sound bites -- and after years of litigation -- the FCC is voting today on new net neutrality rules to regulate ISPs as utilities at the federal level.

The rules will grant the FCC the power to regulate providers of broadband services -- including mobile providers -- under Title II of the Communications Act. This is the same way traditional phone companies, known as "common carriers," are currently regulated. The rules will, in turn, allow the FCC greater leeway to impose and enforce net neutrality principles.

At press time, the vote was expected to pass 3-2, with dissent expected from the two Republican FCC Commissioners, Ajit Pai and Michael O'Rielly. Some net neutrality proponents have feared a last-minute reversal from FCC Commissioner Mignon Clyburn, who recently requested that certain provisions be eliminated from Wheeler's plan. Specifically, Clyburn objects to the proposal's creation of a new legal category of services -- "broadband subscriber access services" -- that would act as an alternative, "hybrid" justification giving the FCC Title II authority over ISPs. It is doubtful that Clyburn's request will present any kind of real hold-up -- especially considering that net neutrality opponents and proponents alike oppose the same rules that Clyburn wants rolled back.

Meanwhile, Republicans on Capitol Hill have stalled in an attempt to preempt the FCC with compromise legislation, with Democrats refusing to discuss the matter until after the vote. "We're not going to get a signed bill that doesn't have Democrats' support," Senate Commerce Committee Chairman Senator John Thune (R-SD) told the New York Times. "This is an issue that needs to have bipartisan support." 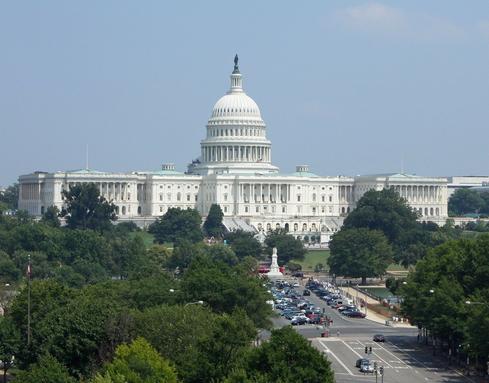 For the time being, therefore, Wheeler's new net neutrality rules appear to be all but a lock. Activist net neutrality proponents have already scheduled celebrations. Digital rights group Fight for the Future is planning a shindig outside the FCC headquarters, replete with mobile demonstration signs, marching bands, and "an airborne incarnation of Grumpy Cat," according to a statement from Evan Greer, the group's campaign director.

The FCC has historically been reluctant to exercise the option of categorizing ISPs as "common carriers" under Title II because of political sensitivities. The Commission declined to do so in 2010 in the face of political pressure from both major parties, favoring a "light regulatory touch." If Clyburn succeeds in getting the Commission to pass a version of Wheeler's proposal without his hybrid option, regulation-wary Congress members on both sides of the aisle may become even more incentivized to push through legislation that addresses net neutrality.

Alternatively, Republicans opposed to Wheeler's plan may only have to wait for a potential post-election regime change in 2017. Indeed, new regulations don't happen overnight, and the federal government is not known for expediency or efficiency when it comes to adapting to technological issues.

"The FCC is going to spend a substantial amount of resources ... over months -- maybe years -- ironing out the kinks in this proposal," Commissioner Pai told reporters in a February 10 press conference at FCC Headquarters. "There are a number of important administrative steps that are going to take us some time beyond February 26."

Additional uncertainty centers on what, exactly, the plan says. Wheeler has refused to allow his plan to be released to the public until it has been voted on and approved. The plan stands at more than 300 pages. According to Pai, 8 of these pages cover proposed rules, with another 79 pages covering provisions from which the FCC anticipates forbearing.

The only thing that is clear is that Wheeler's proposal is less about net neutrality itself and more about a means of achieving net neutrality -- giving the FCC the power to regulate ISPs as "common carriers." It remains to be seen how long it will take for Wheeler's proposal to take full effect (if it ever does) and how closely the FCC's exercise of these powers resemble what has been reported.

The short of it is that today is only a big day ceremonially. In terms of when, and to what extent, things will change, there's a lot of work and waiting to be done -- and a lot of conflict yet to be resolved.

Joe Stanganelli is founder and principal of Beacon Hill Law, a Boston-based general practice law firm. His expertise on legal topics has been sought for several major publications, including US News and World Report and Personal Real Estate Investor Magazine. Joe is also ... View Full Bio
We welcome your comments on this topic on our social media channels, or [contact us directly] with questions about the site.
Comment  |
Email This  |
Print  |
RSS
More Insights
Webcasts
What We Can Learn from Sports Analytics
5 Steps to Solving Modern Scalability Problems
More Webcasts
White Papers
How to Prioritize Risk Across the Cyberattack Surface
How to Compete in Financial Services IT
More White Papers
Reports
2020 Threat Hunting Report
2020 State of Cybersecurity Operations and Incident Response
More Reports

It's refreshing to hear a take on the matter that is, first of all, realistic in it's estimation of how long these things take and how things will actually play out from here and that, second of all, actually lays out both the benefits and critcisms of the decision in a way that's unbiased and leaves little out. I love internet activism as much as the next guy, but we're talking about an incredibly complex political machine here that always moves at it's own pace, and I appreciate you covering some of the how's and why's of who put pressure on whom to get to get the support and the opposition moving. Most are too caught up in the excitement to worry about such things. Gary_EL is right to point out there are people that make their livelihoods thriving in between those lines.

Being candid, it is nice for a change to see that the overwhelming will of the people has actually seemed to impact a change in regulations. There have been many strong arguments for why absolute net neutrality is not the greatest thing since sliced bread (IE that it could stifle innovation in some types of service-providing by over-restricting how data can be handled, and just that the government is generally bad at... everything), as well as many for why Title II itself is not the best classification to get the job done (after all, it was written before the internet existed), but all that considered, I remain of the mind that this is the best way forward. I'll be looking forward to any more pieces by you on this matter as the story develops, Joe.
Reply  |  Post Message  |  Messages List  |  Start a Board

It would be incredibly naive to believe that reclassification into Title II was the end of the net neutrality debate.  Wheeler, no doubt having had to hold his nose and speak in favor of NN (and against his criminal gang of former employers) was unpleasant, but given that every member of Congre$$ is owned/operated by the corporatocracy, I expect Comcrap et al. to call in with orders to their favorite pet politicos this evening.  Also, the new rules include a "general conduct rule" that is very vague and therefore, susceptible to abuse. Since FCC Chairman Wheeler was formerly employed as a cable and wireless lobbyist, there is every indication he will not bite the hand that formerly fed (or will feed him again) when he leaves the FCC.  Regulators traditionally come from the industries they were formerly employed by.
Reply  |  Post Message  |  Messages List  |  Start a Board

It'll take a long time to be fully implemented, of course. But, there is no real possibility of it being overturned until there is a new president, if then. And by then, a lot of legal and regulatory infrastructure will have been established, and business practices will have adjusted to the new realities. The ruling makes sense, as the internet is every much a common carrier as is the telephone. According to FCC Chairman Tom Wheeler, this is not a "Power Grab". It is "no more a plan to regulate the Internet than the First Amendment is a plan to regulate free speech."

There's one thing for sure - this is a GREAT Time to be a lawyer!
Reply  |  Post Message  |  Messages List  |  Start a Board
Editors' Choice
Hot Topics

10 IT Trends to Watch for in 2021 Cynthia Harvey, Freelance Journalist, InformationWeek,  12/22/2020
White Papers
How to Prioritize Risk Across the Cyberattack Surface
The 2020 Duo Security Trusted Access Report
Presenting Your Cloud Security Strategy to the Board
The Insider's Guide to IP Geolocation Data During COVID-19
Managing OTT Content Distribution in the Connected World