Look at some of the Mars rover's achievements, as NASA celebrates Curiosity's first anniversary on the Red Planet. 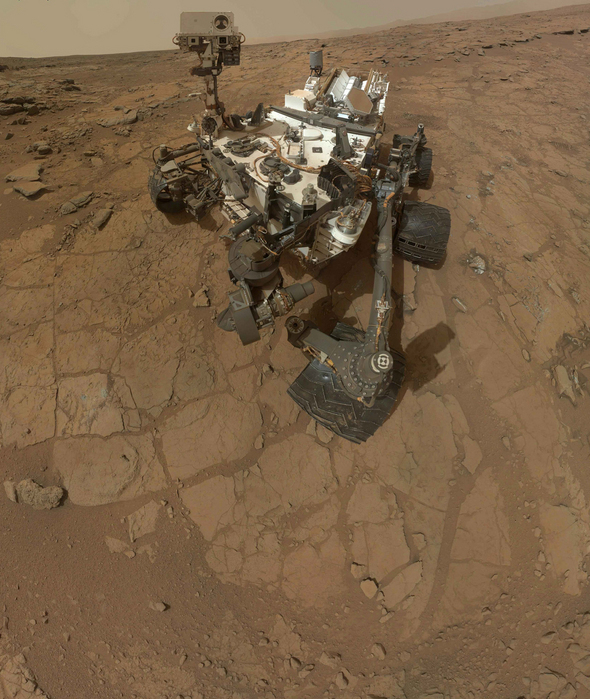 As NASA's Curiosity rover spent the past year on Mars, it explored the Red Planet using an impressive payload of scientific instruments. The car-like robot never lost touch with its followers on Earth, keeping its Twitter account, overseen by NASA staffers, active with updates. One such tweet this week celebrated Curiosity's one-year anniversary: "I've rolled more than one mile so far on the surface of Mars."

The rover launched into space from Florida's Cape Canaveral Air Force Station on Nov. 26, 2011, and landed on Mars on Aug. 5, 2012, Pacific time. Since then, Curiosity has been keeping busy touching, scooping, sifting, cleaning, and analyzing rocks and dirt that have provided scientists with clues about Mars' past. The main goal of the two-year mission was to determine whether the planet once had an environment suitable for life. Curiosity confirmed that to be true after beaming back data including 70,000 images to NASA's researchers.

The discoveries have been made possible by the robot's advanced scientific gear. Curiosity houses 10 instruments -- 11 if you count its atmospheric sensors, MEDLI (short for MSL Entry, Descent and Landing Instrumentation). The rover's laser, in particular, has fired more than 75,000 times at 2,000 targets in the first year on Mars. The Jet Propulsion Laboratory, a division of the California Institute of Technology, designed and built Curiosity. JPL also manages the Mars Science Laboratory Project for NASA.

The mission has not been problem-free. Curiosity's A-side computer suffered a memory glitch in February, forcing JPL to put it into safe mode for two days. The rover experienced another glitch in March, entering safe mode again. The malfunctions put scientific observations on hold for more than three weeks. Curiosity took another four-week break due to a "solar conjunction," which happens when Mars passes behind the sun. The rover finally returned to work in early May, drilling and sampling a second rock later that month.

Curiosity is paving the way for future Mars rovers; the next one is due to launch in 2020. NASA is happy with Curiosity's design and will model the future rover after it. The 2020 version, however, will contain new science instruments that would allow the rover to explore Mars on a microscopic level through visual, mineralogical and chemical analysis.

Building on Curiosity's findings, that vehicle will search for biosignatures, or features in the rocks and soil that could have been formed biologically. The findings could one day lead to human exploration on Mars. As NASA administrator Charles Bolden put it, "Wheel tracks now, will lead to boot prints later."

Keep reading for Curiosity's biggest breakthroughs in its first year on Mars.

Why NASA didn't equip Curiosity with the sensors to make a definitive determination of whether or not there's life on Mars is beyond me. There Mars probes are like a cliffhanger that keeps withholding the payoff until the next season.
Reply  |  Post Message  |  Messages List  |  Start a Board
Editors' Choice
Hot Topics